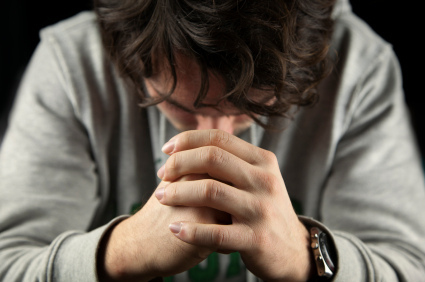 Why are there misguided perceptions surrounding schizophrenia?

It is World Mental Health Day today (10th October 2014) and this year there is a prominent focus on schizophrenia. So, let’s try to raise a little awareness about this illness.

One thing that shocks me about society today is that even though our knowledge of mental illness continues to grow, the ignorant comments continue to occur. When I say schizophrenic what comes to your mind? A killer? Someone who has split personality? Well, you’d be wrong. Although the general media would make you think otherwise, most schizophrenics are no longer hospitalised as they were 50–60 years ago. Why? Because through research we have discovered anti-psychotic medication that can help reduce the effects of the positive symptoms (hallucinations and delusions) that are experienced by those suffering with this disorder. With other behavioural treatments and community care, they are able to integrate themselves into society. Who knows, you might even be sitting near someone with this diagnosis right now. Don’t worry, they won’t bite.

Schizophrenia is an overwhelming, lifelong mental illness that usually appears around late adolescence to early adulthood. It usually presents itself through individuals becoming reclusive, beginning to develop incoherent speech patterns and some form of paranoia. The two main symptoms experienced by schizophrenics are hallucinations and delusions. Hallucinations are events that occur without external experience, such as hearing a voice that isn’t there or seeing someone that is not there. Delusions are beliefs that an individual holds that are false and are usually not based within reality. These two symptoms are referred to as positive symptoms, although they are far from positive in nature and can cause significant distress to the sufferer. I mean, imagine waking up and feeling like you had ants inside of your body trying to burst out? Sounds like a horror film, right? Well, this is known as a tactile hallucination, and can be one of the many hallucinations that individuals may experience.

Another branch of symptoms is known as negative symptoms. These usually revolve around the negative effects that extend themselves due to some of the positive symptoms. Individuals with schizophrenia, due to their delusions – more so those with paranoid schizophrenia – will believe that certain individuals are out to get them. As such they will not trust people and will try to hide away rather than involve themselves within society. Further to this, some individuals can usually suffer with inappropriate or even flat affect – meaning their emotions can be the opposite of what you expect or just not present at all. An example of inappropriate affect would be to laugh at a funeral, whilst flat affect would suggest no emotional response at all.

In the film Psycho, the character Norman Bates is a man who is portrayed to have split personality disorder due to childhood neglect and abuse from his mother. However, within society a lot of people believed that he suffered with schizophrenia due to the way in which it was described and portrayed in the media. As a result, people had a misguided perception and could not differentiate between the two disorders.

So why does the media sometimes portray them as killers? Well, some individuals that have later been diagnosed with one of the five schizophrenic subtypes (outlined in the Diagnostic Statistical Manual of Mental Disorders) have committed murder – one example is Peter Sutcliffe, also referred to as the ‘Yorkshire Ripper’. The media, however, like to then grab hold of this theory and expand what it actually is – so instead of it being ‘Peter Sutcliffe killed 13 prostitutes’, it becomes ‘Schizophrenic believes God told him to kill 13 prostitutes’. As such a stigma is developed within society leading to the belief that a schizophrenic individual may be more likely to be a killer than those without the illness. What I can tell you is that you don’t need to be a killer or to have the desire to kill an individual to be diagnosed with schizophrenia. Any one of you could kill someone, nor has every killer in prison been diagnosed with schizophrenia either.

Individuals who suffer with schizophrenia are now helped, as I said at the start, through the use of medication and community based help. So what is available? To begin with, in order to aid with the positive symptoms (hallucinations and delusions) anti-psychotic medication is commonly used. These were originally developed in the 1950s, but continued development of this type of medication continues to ensure the best possible treatment. Behavioural treatments are also offered; one such treatment is known as Cognitive Behavioural Therapy. This treatment derives its methods from two branches within psychology – cognitive and behaviourist. It attempts to change the cognitions of individuals suffering with schizophrenia; as such it will affect their behaviour. When both anti-psychotic and behavioural therapy are carried out together, it is more likely that individuals with schizophrenia can integrate back into society. With the help of the Community Psychiatric Nurse (CPN) program, they can be monitored to ensure that medication is taken and they are keeping on top of their treatment.

You may be asking what the purpose of this piece was – firstly, to try and raise awareness on World Mental Health Day, as well as wanting people to stop believing everything they see or hear from the news, movies or TV shows and pick up a book. I want them to start educating themselves about the truth of, not only schizophrenia, but also other mental illnesses. Simply because someone has a particular ‘label’, it doesn’t define their whole person, merely a small fraction of who they are.

Visit www.rethink.org or www.mentalhealth.org.uk for further advice and information.