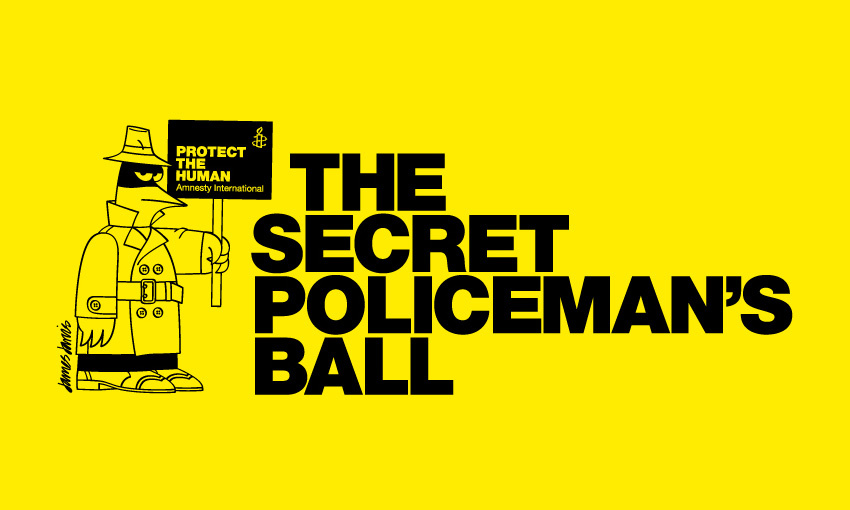 The Secret Policeman’s Ball is the perfect post-exam event – all for a good cause!

Amnesty International was founded in 1961 to conduct research into, prevent, and end human rights abuses worldwide, and protect women, men and children wherever justice, freedom, truth and dignity are denied. Over the last fifty years it has run countless campaigns – from the ongoing work to abolish the death penalty, to shining the spotlight on countries in which torture is rife, to advocating for sexual and reproductive rights. The core principle of Amnesty International is a focus on prisoners of conscience – persons imprisoned for unjust reasons. Research into their cases is carried out, pressure is put on their governments for release, and letters of solidarity are sent by Amnesty supporters all over the world. As the largest grassroots organisation in the world, Amnesty International mobilises its seven million members and encourages them to spread the word, show solidarity, put pressure on our governments and show human rights abusers that the eyes of the world are upon them. Amnesty International has strength in numbers and this can be seen in the countless people who have regained their freedom thanks to the work of Amnesty.

Take the case of Dr Tun Aung, from Burma. Having been arrested whilst trying to calm crowds during rioting in Maungdaw, he was sentenced to eleven years imprisonment following an unfair trial, which was then increased to seventeen years. Amnesty supporters sent millions of letters from around the world to Burma’s National Human Rights Commission, asking them to look further into his case, and as a result of this, Dr Aung was released earlier this year.

Or, on a more international note, look at the Arms Trade Treaty. For more than twenty years Amnesty International has been campaigning to achieve robust global laws of international arms trading to stop the flow of weapons fuelling atrocities around the world. In 2014, those international laws became a reality and every country that has ratified the treaty is now bound to it.

Amnesty International achieves real steps towards a world where all of our human rights are protected. And here in Durham, we can help. The Durham University Amnesty International group has been running for five years and over that time have taken countless actions to promote human rights education and stand up to human rights abusers. From the annual Amnestea, which combines a cake sale and writing letters to prisoners of conscience and the governments that are holding them, to the Death Penalty Awareness week run in conjunction with Amicus, to weekly sessions on various human rights issues and what we can do about them, there are so many ways that we in the Bubble can, and do, contribute.

So in light of this, on 6th June at 7pm Durham University Amnesty International Group are hosting their biggest fundraiser of the year – the Secret Policeman’s Ball! Based on the long-standing tradition of Amnesty, comedians from all over the country (including Durham’s very own student comedy groups, ‘Shellshock’ and ‘Just Deserts’) are coming to entertain and delight at the Student Union. From political laughs to musical joy, it’s all going to be going on, and for only £10 you can get your fill of post-exam hilarity and the chance to support a great cause, with all profits going directly to Amnesty International.

Amnesty is a grassroots organisation and relies on ordinary people to facilitate their work. Amnesty is about protecting those most vulnerable to abuse from people in power. Amnesty is about students here calling out for justice for those who do not have a voice. Amnesty is about people. Come along to the Secret Policeman’s Ball after exams, and the weekly meetings next year, and be a part of the movement.

Durham University Amnesty International meets on Tuesdays at 7pm (meetings will resume after summer). Tickets for the Secret Policeman’s Ball are available on the DSU website, or by contacting amnesty.international@durham.ac.uk.