£10 will only get you so far in Durham these days. It might fund your Tesco meal deals for two or three days, and it’d barely cover the cost of a drink on top of that overpriced Players Wednesday ticket you frantically bought on Overheard. This year, I’m working as part of a team of 18 Durham students, to demonstrate just how much further we can really make £10 go. 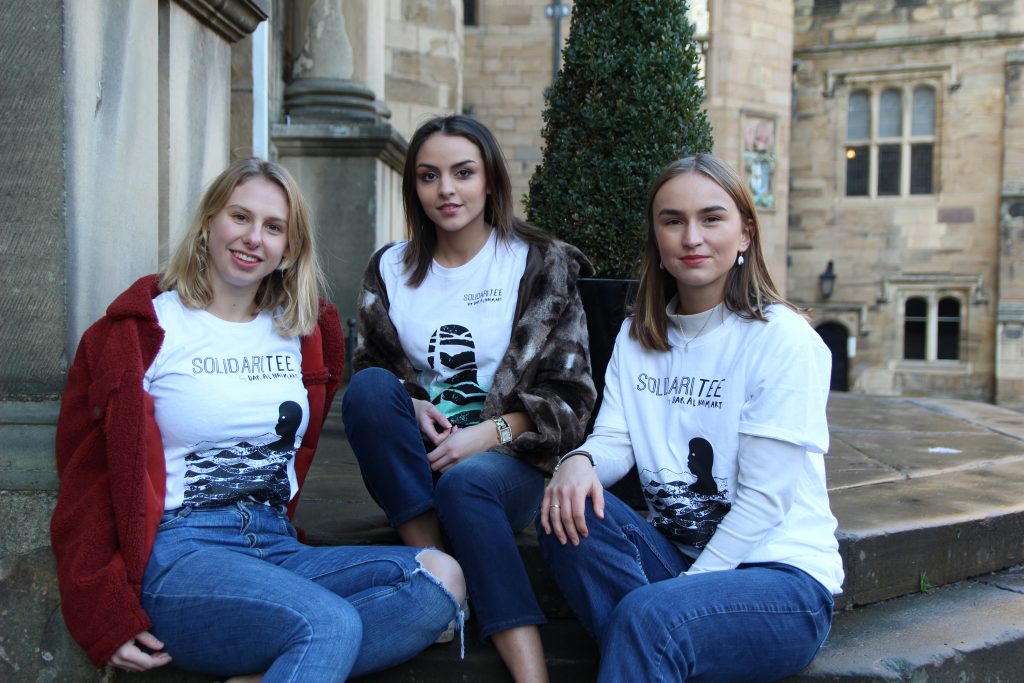 SolidariTee is a student led campaign and fundraiser, set up at Cambridge University in 2017. Its founder, student Tiara Sahar Ataii, recognised the need for the campaign after working as an interpreter in Greece, and it was during her time there that she discovered how the provision of legal aid is one of the best ways of bringing hope and support to the lives of refugees. Legal representation is a humanitarian need which sadly, many refugees are unable to access. In the absence of such aid, many refugees in need of asylum find themselves deported – their claims for asylum mistakenly dismissed by those interviewing them. 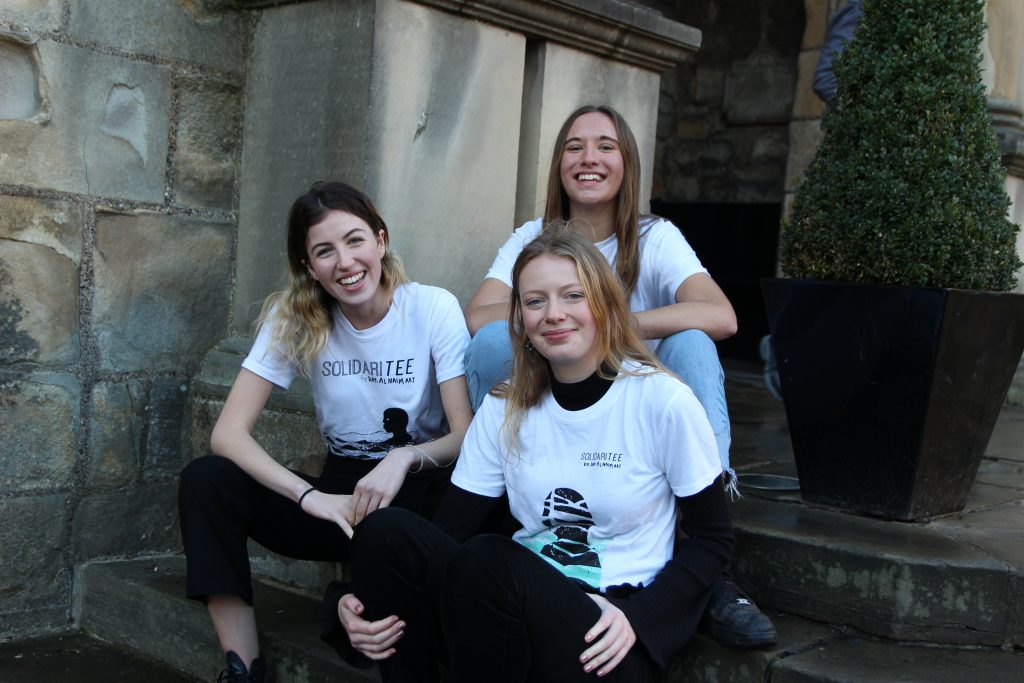 The first of its kind to devote itself so entirely to the delivery of legal aid, SolidariTee is striving to combat this problem, one t-shirt at a time. As its name suggests, the campaign is centred around the sale of our special tees: each costs £10, which is enough money to fund a night of accommodation for a lawyer in Greece. This year’s two designs come courtesy of Sudanese artist, Dar Al Naim (whose other artworks you should definitely check out). As she herself describes, ‘The sea you see is not just for holidays, but the only road to freedom from death and destruction for thousands of people’. Her designs epitomise the realities of migration, and the concept of it being forced flight, to lands which we ourselves might view as being more synonymous with leisure and holidaying.

Whilst SolidariTee’s roots may be in Cambridge, more recently, it has spread, and is currently being represented by 33 universities: these are primarily in Britain, but also abroad in countries such as France, the USA and Australia. This is where myself and my friends repping in Durham come in. Our SolidariTee campaign here is now well underway, our official launch having taken place on Friday 11th January 2019. By now, therefore, we’re hoping you’ll have already seen some us advertise the cause online, through various photos of us (questionably) modelling our SolidariTees outside the Castle. Hopefully, our campaigning will be enough to inspire you to buy a tee, whose proceeds have the potential to transform the lives of those so greatly in need of our support. 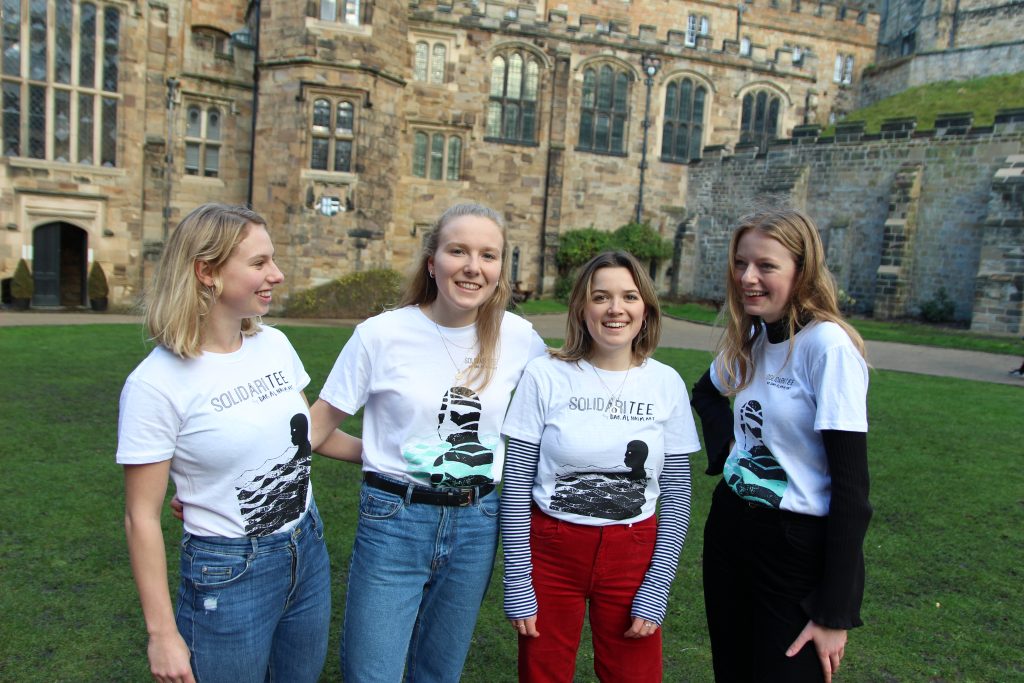 To me, SolidariTee encompasses everything that student activism in Durham stands for, yet at the same time, many of its elements are quite unique. Movements centred around clothing – as the DU and college fashion shows alike have proven – are an intrinsic aspect of Durham fundraising. Whilst SolidariTee taps into this, it does so in a way which, although perhaps a tad less glamorous in a conventional sense, still hugely succeeds in making a statement through the means of fashion. What is arguably most impressive about the campaign is its capacity to raise awareness as well as funds. As time lapses, the media’s representation of the realities of the refugee crisis is diminishing, and therefore, by wearing a SolidariTee, we can all continue to raise awareness of it. Though awareness alone may not be an exhaustive solution, it’s still an excellent place to start, by any means.

SolidariTees are now being sold in Durham for the rest of the year, and I can’t wait to see more and more of them being worn across the city, as sales continues. They can be bought directly from any of the Durham reps, or alternatively online at www.solidaritee.org.uk. 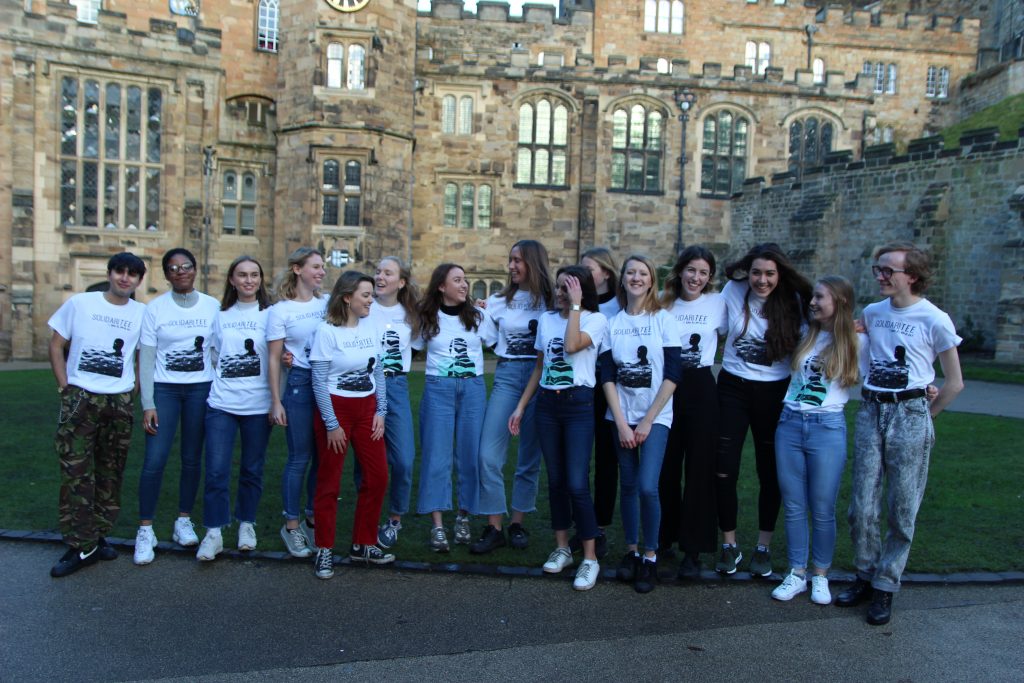