Selfies, Kasabian and Gorillas: Is Cancer Research UK moving in the right direction? 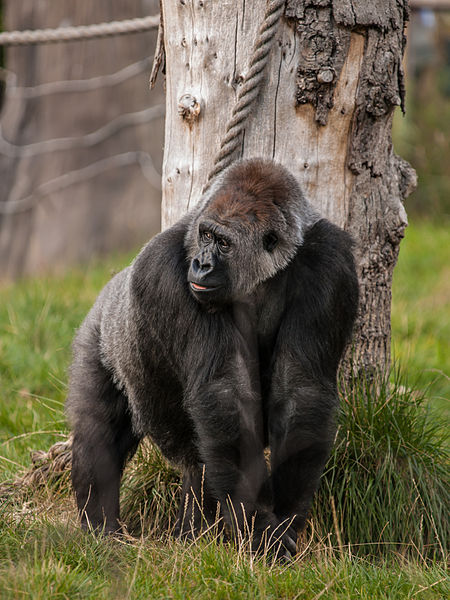 In the past few months, it has been impossible to escape the explosive interest in Cancer Research UK. From radio and television advertisements, to social media and public events, the charity has appeared on every public platform. In particular, the ‘Selfie’ campaign (not originally endorsed by Cancer Research UK) has encouraged many young people to donate a one-off three pound payment to the charity. However, whilst Cancer Research UK’s new campaign has clearly resulted in a surge of donations, there are fears that this sudden increase will result in an equally rapid decrease of monetary contributions and interest in the charity. The longevity of the anti-cancer campaign and the suitability of the methods used to raise funds for Cancer Research UK are problematic, and the problem can be summed up in one question: is the motive behind donating to charity as important as the donation itself?

In 2012, Cancer Research UK (CRUK) employed the help of Interbrand, the world’s largest brand consultancy, to redesign their commercial appearance and public campaigns. One of the biggest changes was to the charity’s logo. Previously an arrow, whose main body was the name of the charity itself in a dark shade of blue and a head of nine blue spots, with one pink spot at the apex, the new logo is simply a capital ‘C’, stippled with multi-coloured spots in order to represent the different types of cancer that exist and the communal efforts required to raise funds for Cancer Research UK. Clearly, the new logo presents the charitable aims of Cancer Research UK in an extremely succinct and memorable way, thus making the aesthetic transformation of the charity’s logo a success.

However, the changes made to the charity’s identity in terms of attitude and character may not be as conducive to the success of CRUK. Natasha Hill, Marketing Director for the charity has said that the “tone of voice overall is stronger and bolder. It’s more confident with more of a point of view to it. We are also introducing a sense of humour at appropriate times.” David Jenkinson, Creative Director at Interbrand, has further stated that research laboratories “do great stuff on a daily basis, but this needs to translate to the man on the street.” “People understood the brand as it was but not what it stood for. It needed to appeal to the layman.” Unfortunately, Hill and Jenkinson’s summaries of CRUK’s rebranding are entirely correct. This year, the charity’s television and radio advertisements have personified cancer in an attempt to undermine its strength and present it as a conquerable enemy. However, such a presentation of cancer is extremely misleading and the charity’s advertisements seem to hit the wrong note.

One of the most proliferous and well-known advertisements for CRUK in 2014 has been the new ‘Race for Life’ television advert. With the motivational and empowering guitar sequence from Kasabian’s ‘Underdog’ playing in the background, the speaker for the advert begins by derogatively calling ‘Oi! Cancer’, following on to say, ‘we’re coming to get ya, and we’ve brought gorillas’. There are two fundamental issues with this approach. Firstly, the use of informal register (‘oi ‘and ‘ya’) sets an arrogant tone, implying that cancer will undoubtedly be beaten. Secondly, the reference to gorillas is too obvious in its attempt to create a light-hearted approach to fundraising, and as a result pushes a strained and insincere sense of humour on the viewer. Moreover, the opening line of Kasabian’s ‘Underdog’ reads ‘Kill me if you dare’ which seems inappropriate as it implies that cancer sufferers have a choice as to whether they will die from cancer or not, and that strength and will-power alone can stop the disease.

There are further issues which are highlighted in CRUK’s radio advertisements. Earlier this year, a radio advertisement for CRUK compared cancer to a child who had been bent over a cancer sufferer’s knee and smacked on the bottom. The representation of cancer as a naughty child seems to stem from Jenkinson’s wish to relay the work of CRUK to ‘the man on the street’, or ‘the layman’. However, the campaign seems to underestimate the public’s intelligence, by suggesting that they can’t understand cancer as a disease and thus it must be personified in order to evoke a passionate and emotive response. As a consequence of CRUK’s brash and simplified approach to advertisement, some viewers may feel patronised, and thus become more reluctant to donate to the cause. Furthermore, cancer sufferers may feel that their own struggle with the disease is being undermined and made to seem trivial. Thus, with a humorous and patronising approach, CRUK’s new branding and resultant advertisements seem to lack a balance between increasing public interest and donations and showing sensitivity towards cancer sufferers.

One campaign that CRUK cannot be held responsible for starting is the ‘Selfie’ campaign. Although later endorsed by CRUK, the campaign was initiated by independent Facebook users, and the idea was for girls to take pictures of themselves wearing no make-up and post them onto Facebook. Men were encouraged to post a picture of themselves wearing make-up, or to take part in the aptly named ‘Cock in a Sock’ campaign in order to raise awareness for testicular cancer. Only later in the ‘Selfie’ campaign did donations become a requisite for recognition.

However, the problem with this campaign is longevity. The campaign has undoubtedly encouraged a vast quantity of people to make three pound donations to CRUK via text, resulting in an enormous spike in donations. When considered in relation to the fact that roughly ninety per-cent of donations to CRUK come from people who donate ten pounds or less, it becomes clear that the ‘Selfie’ campaign has harnessed the power of its most useful contributors. However, the fear is that raising money for Cancer Research UK will become a trend akin to taking ‘Selfies’ and that the trend will gradually become less and less fashionable, leaving the charity without a sustainable source of funding. By endorsing a campaign whose motives seem to stem from finite sources of vanity and pride (either in physical appearance or from gaining public recognition for donating to charity) and encouraging people to think that regular donations are not necessary, CRUK is in danger of actually delaying scientists from finding the cure for cancer in the long term.

At the beginning of this article, an important question was raised: ‘is the motive behind donating to charity as important as the donation itself?’ The answer is yes. Regardless of the ethical nature of this question, from a business point of view, motives influence interest and interest in a charity influences the longevity of a donator’s payments and the amount donated each time. Thus, if CRUK’s new approach to branding and advertising causes some to feel patronised and thus reluctant to donate, whilst encouraging others to donate on the basis of false expectations that a rapid cure for cancer will be found, the charity may find itself having to spend another £687,000 of crucial funding on re-inventing its brand.

If you would like to make a donation to Cancer Research UK, please use the following link: