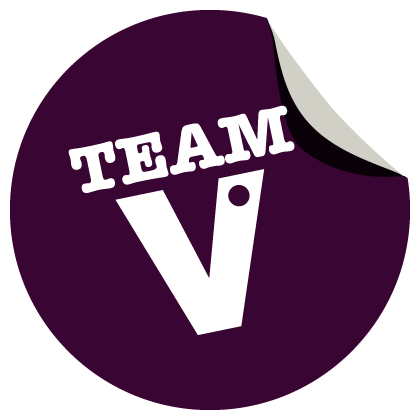 A group of students, participating in a nationwide youth volunteering scheme called Team v, are launching a Routes to Roots campaign in County Durham to celebrate people who have migrated across the globe to live in our community. Routes to Roots aims to encourage a better understanding of the people behind the often heated topic of immigration, exploring the many reasons why people migrate and the benefits that racial and cultural diversity can bring to society. Migrants are often accused of ‘swarming’ the country, putting pressure on public services. However, few people mention the net £25bn that migrants have contributed to the UK economy since 2000. Furthermore, people often forget that migrants who have come to the UK since the year 2000 are 21% less likely to receive benefits or use social housing than people already living in the country.

Yet, the media often plays on a fear of change and scapegoats immigrants, particularly asylum seekers, for a range of socio-economic troubles, blaming just 2% of the population for major political problems. However, contrary to popular opinion, the UK is not a hotspot for refugees. The UK receives a small proportion of the refugee population with Germany, France and Sweden receiving more applications. The North East is not ‘flooded’ with asylum seekers: they make up less than 0.08% of the population. Pakistan is actually the greatest refugee hosting country, followed by Iran and Jordan.

When asylum seekers do come to the UK, they often have no knowledge of our benefits system and come with one goal in mind: safety. Indeed, few benefits are available to refugees or asylum seekers. Whilst their applications are pending, asylum seekers receive only £5 a day to live on, and are not allowed to work. As the application process is extremely lengthy, asylum seekers may have to live on such an income for numerous years. UK citizens living on £5 per day would be classed as 30% below the poverty line. Technically, £5 per day is a survivable amount, but it stops asylum seekers accessing things we take for granted, not least a phone call to check the family and friends they have left behind are safe.

Britain isn’t an easy option for asylum seekers. The Home Office only grants stay to people who can sufficiently prove they have reason to fear persecution in their original country, something difficult to do without the money or knowledge to access legal support and often without any understanding of English. Imagine how tough it must be to leave your country very quickly to live somewhere where you have no family, friends or knowledge of the systems and culture. Asylum seekers flee persecution and make long, sometimes torturous journeys to live in the UK. Yet these vulnerable people arrive to be fingerprinted, photographed and security checked. Pregnant women, children, indeed all asylum seekers face the prospect of being confined in detention centres at a time when they are at their weakest. Thus, the question remains: why is it acceptable for asylum seekers to be subjected to media slander and such abuse as being told to ‘go home’, when ‘home’ is a place of danger? Why do some feel the need to add additional anguish to people who have so much to contribute to our society?

In visiting a refugee support charity, I personally have met some truly inspirational people who have migrated to the UK. In one morning, I met an airline pilot, an interpreter and a man with a master’s degree in criminal law- who now works to support victims of crime in the community. None of these people were born in the UK and all were forced to flee their birth countries for reasons beyond their control. Clearly they have a range of skills to offer the community. When I asked one man what he felt legal migrants had to offer to the community, he replied that he believed they could offer a fresh perspective and a sense of neighbourliness. Would this not be of benefit? If you look beyond the media’s myths, it’s clear that the people behind the labels are humans just like you and I, with hopes, fears, families and skills. Could we not learn something from people of different cultures?

Sadly too many people are ignorant to the truths about migration. UK citizens need to be better informed on the facts about migration and to question the ludicrous myths repeatedly drilled into us by the media. Next time someone tells you migration is ruining the country, think about the people behind that rash statement and where the evidence is for this. Consider any people you know that have migrated or how would you wish to be treated if you went to live in another country. Our rice, tea and clothes all come from different countries, as do many of our doctors, volunteers, and neighbours. Let’s learn to acknowledge and celebrate the contributions that migration makes to our society.

As part of Routes to Roots, we are putting together a video telling the stories of people who have legally migrated to the UK. If you would like to be part of this campaign or want more information on migration, follow Team v Durham on Twitter or Facebook. Fortunately, there are already services dedicated to helping asylum seekers and refugees in the North East. For example, Freedom from Torture helps survivors of torture to rebuild their lives by providing care, support and treatment. Justice First further gives legal advice and assistance to people seeking asylum, helping to provide fair access to the complex legal systems surrounding this. Both these charities are kindly supporting the Routes to Roots campaign.

If you would like to find out more about the Routes to Roots campaign, or the vInspired charity, please use the following links: