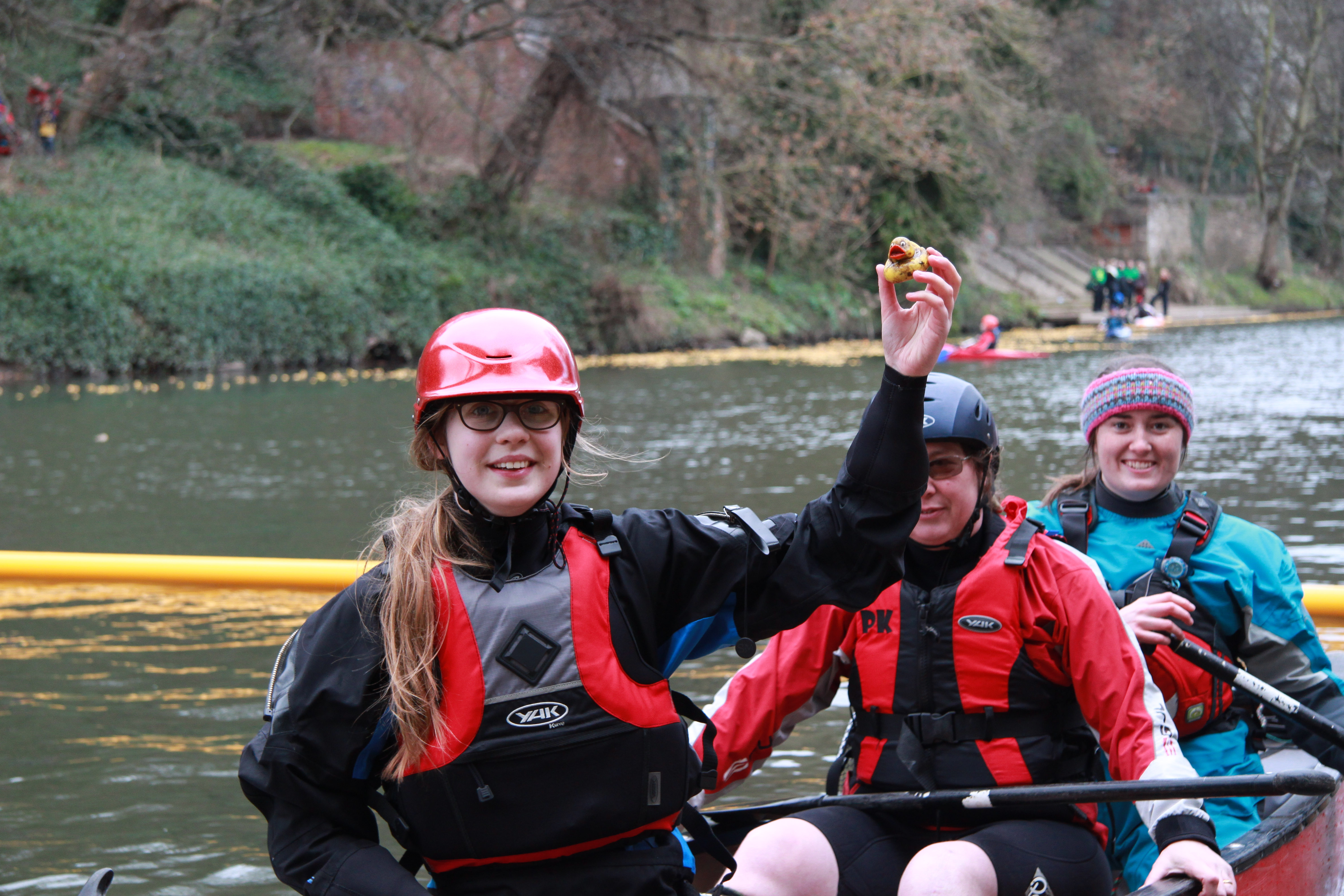 Sure, we’re all pretty familiar with horse racing, but have you ever found yourself pinning all your hopes and valuable pennies… on a duck?

This year, of course, returns one of the most light-hearted, yet fiercely competitive, events of the charitable cause’s calendar, the grand Duck Race.

If you have ever yearned of having a bathtub filled with thousands of rubber ducks in an unfulfilled childhood dream, or even just to admire the town Mayor’s impeccable use of heavy machinery, then this may well be the event for you.

On this Saturday, the 7th of March, in a stunt unsurprisingly hosted by DUCK (the Durham University Charity Committee), we will have the opportunity to witness approximately 10,000 of the little quackers being hurled into the River Wear in the name of charity.

The name of the game is simple: £1 sponsors one rubber duck. Once deployed, usually done by the Mayor manning a JCB, the ducks have to navigate their way from Elvet Bridge to Framwellgate Bridge, in the quickest time, in order to bag their ‘owners’ a tasty £500 prize.

Yet of course, and without wanting to reveal any spoilers, this is much easier said than done, especially if the tricky tides of the River Wear have anything to do with it.

Stories of years past have told of poor unsuspecting ducks getting caught in the current, shunted off course and even getting stuck in the riverbanks. If things are not already exciting enough, I have heard of dogs in kayaks being on patrol to shepherd these delinquent ducks out of their hiding places.

Furthermore, another legend from previous events has told of a poor, unsuspecting couple who had tried to dedicate their afternoon to a romantic outing on a rowing boat, and who ultimately had to abandon their date when they were suddenly besieged by a bombardment of rubber ducks!

The DUCK team up until now have been working hard to sell tickets, which has included a bar crawl involving a colourful array of fancy dress, ranging from fairly conventional Pac-Man costumes, to the slightly less conventional dress-up option of Tinder profiles…

The money raised will ultimately be going towards supporting two charities. Given that the event is held in one of the most recognisable attributes of Durham City, the River Wear, it is seemingly apt that the first charity to benefit from this event is Equitable Water, a charity which focuses on small projects delivering and conserving water in impoverished parts of rural India.

The second beneficiary is the Finchdale Training College, which is a local charity dealing with the employment-focused training and rehabilitation for disabled adults. The money raised from this occasion will be specifically used to fund the development of a community garden, in order to improve mental health rehabilitation, as well as to produce vegetables for food packages distributed by food banks to help people from disadvantaged situations.

If you are reading this now, and are consequently feeling a little bit disheartened that you haven’t yet found the opportunity to sponsor your own mini duck to be in the running to win a fantastic prize, as well as helping to support a couple of great causes, then fear not!

Tickets will continue to be sold until Saturday, until approximately 1:30pm, half an hour before the event starts, and DUCK will be hosting a stall in Market Square in the morning.

It is a wonderful event open for everyone, and surely one of the rare few which will capture the attention of children, students and adults alike. It’s like pooh-sticks, but more yellow, more exciting, and of course, more rewarding, if it is indeed your duck to cross the finish line first.

With a great crowd, the perfect environment to release your inner child and the opportunity to win a sizeable amount of cash in exchange for just £1, I’m sure you will take to this event like a duck to water. If you would excuse the pun.

Photography by Kyle Wong, from www.kylewong.co.uk.