East African Playgrounds: Play for All 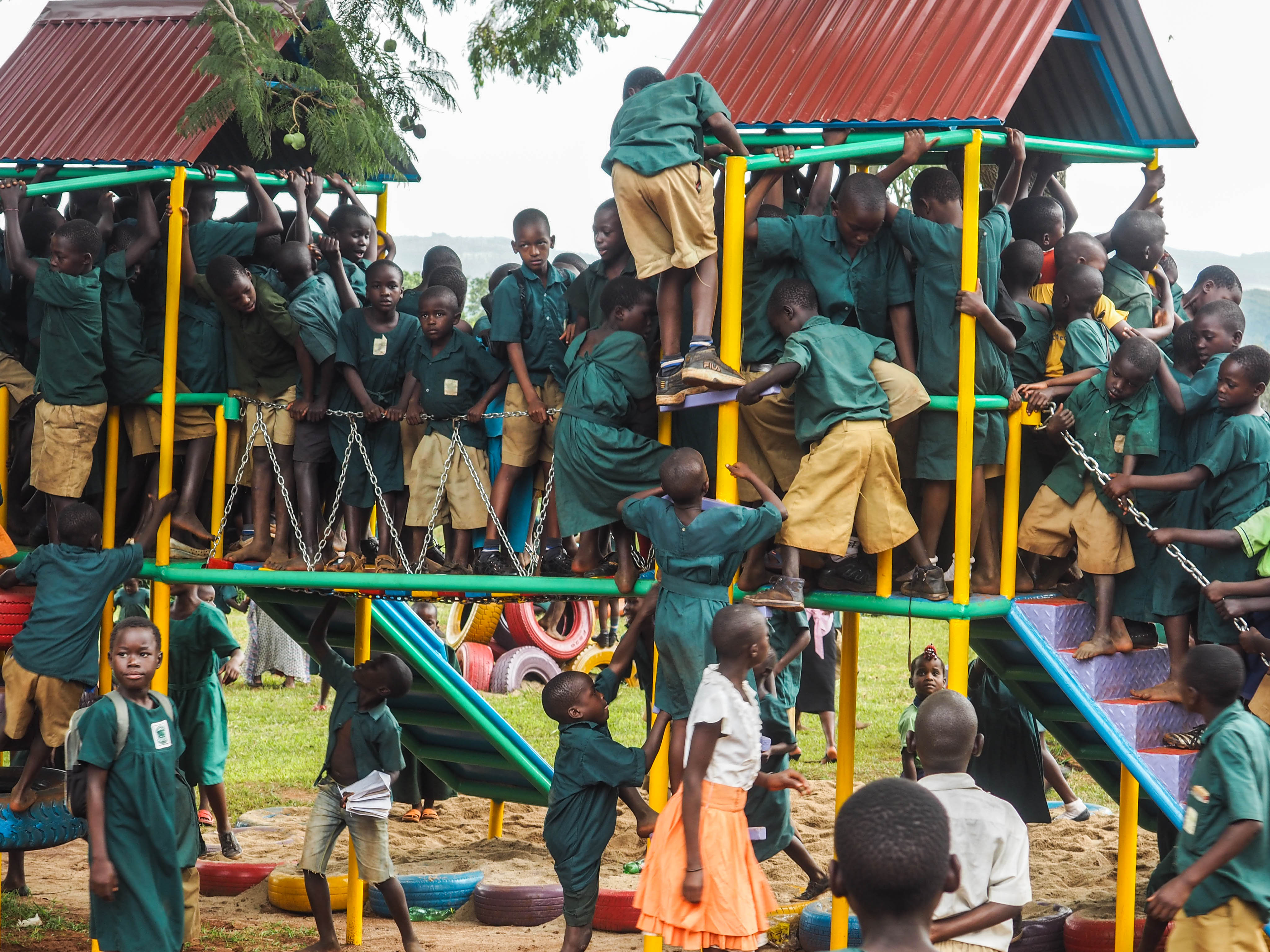 East African Playgrounds was the brainchild of two students at the University of Leeds in 2009. The idea was simple: train disadvantaged young adults in Uganda to become professional playground builders, who can use local and recycled materials to build international standard playgrounds for the children of Uganda to enjoy. In 2009 Carla Powell and Tom Gill were studying education and social policy; with a background of working in East Africa, child development, volunteering and building they started on a journey that by the end of 2015 will have led to the building of 100 playgrounds in Uganda, the start of a partnership to build playgrounds in refugee camps with UNICEF and the training of 45 disadvantaged young adults, all with the support of hundreds of volunteers from UK universities.

Play is a hugely neglected part of childhood development in Uganda and across large parts of the world. The reality is that play is one of the vital components of early child development. Play enables children to develop their social, cognitive, emotional, psychosocial and physical skills and capabilities. It has also been shown that play is vital in a child’s brain and behavioural development, with hundreds of studies across the world showing that a lack of play opportunities and facilities damages a child’s educational and life outcomes. Until 2009 across East Africa there were simply no safe, fun and creative playgrounds for children to enjoy. Through their model of community involvement East African Playgrounds have developed over 150 playground designs with local material and children’s ideas that are both culturally relevant, meet international playground standards and that are maintainable.

In 2009, still studying and working night shifts, Carla and Tom needed to find a way of developing a fundraising model for their start up charity idea. One of the major issues was the global economic recession, which had hit the charity sector and reduced available funds. Through previous experience of setting up and running volunteering projects and through working with several charities in East Africa they developed a volunteering program which would raise the funds needed to build the first playground whilst also giving UK students an affordable, high impact, ethical international volunteering opportunity. After a lot of research into international volunteering they decided that the local communities must benefit as much as the volunteer teams; that jobs for locals should be created by volunteers not taken by them; that cultural sensitivity must be a priority and that all projects must have a high positive impact in all areas. 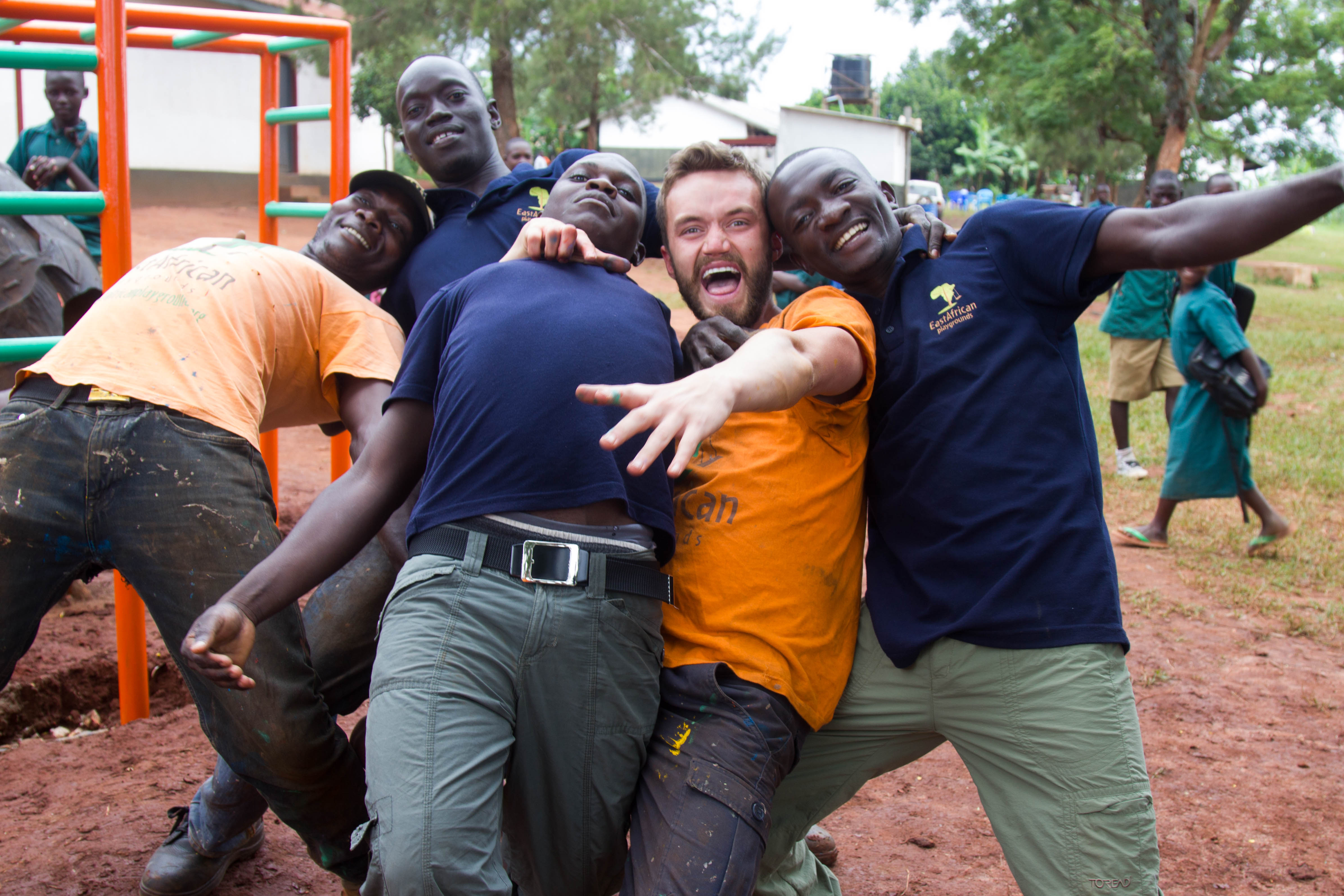 EAP volunteers join with the spirit of the community.

Since that first year and after graduating in 2011 Carla and Tom have developed East African Playgrounds alongside their ethical volunteering project. Each year hundreds of students raise funds to build playgrounds in Uganda, then spend four amazing weeks working alongside the EAP Ugandan building teams to construct the playground. Compared to lots of other international volunteering projects they keep their costs low and transparent, have a huge impact and support their volunteers in the UK and in Uganda – Tom and Carla still live in Uganda and are part of each project that runs.

Tom Gill states that: “Volunteers are vital to every aspect of what we do and it is through the increasing number of people from universities such as Durham that EAP has been able to grow, develop and impact the lives of hundreds of thousands of disadvantaged children across Uganda. Our volunteers are not only our donors, they are our ambassadors within the communities we work. They are able to submerge themselves into the local culture and way of life, work alongside local teachers during our arts and play programs and work alongside our building team and local community volunteers during the building, but most of all they are able to show the children and community that volunteering and play are two vital and important parts of everyone’s lives.” 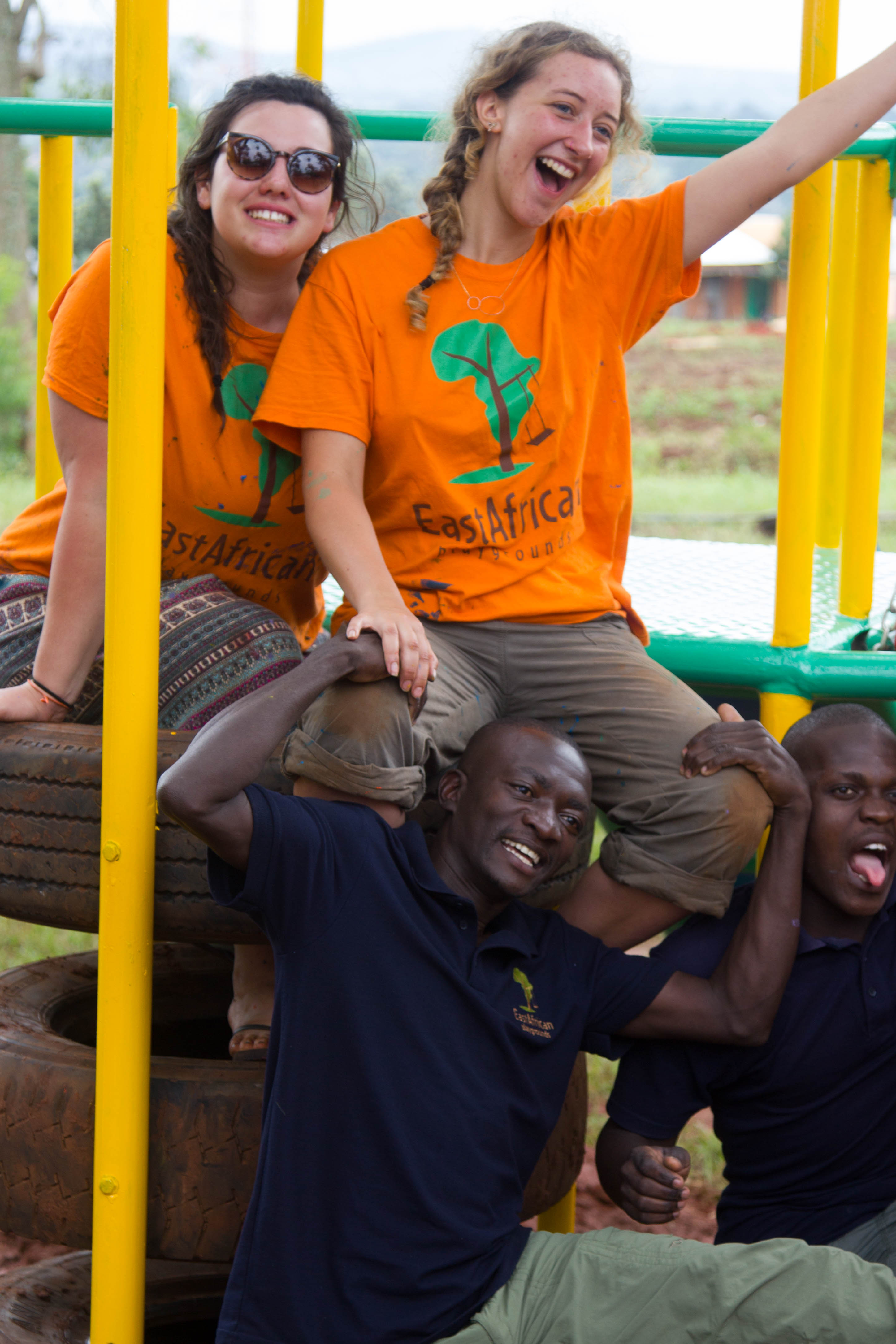 You can get invoked in EAP too!

In the summer of 2016 Durham DUCK will be sending another team out to Uganda with East African Playgrounds to build an awesome playground, gain loads of amazing experiences and learn new skills. If you would like more details, an info pack or would just like to chat to them more about the charity and their project then just email volunteer@eastafricanplayrgounds.org.