Donations for the Notre Dame, where have the world’s richest been hiding? 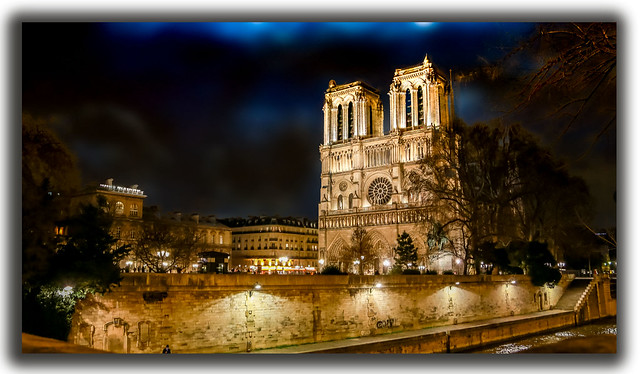 According to Reuters, after just two days of the disaster of Notre Dame Cathedral, the total of donations for rebuilding was reaching 900 million euros. As a history student, I am not lacking sympathy for the country in this difficult time. They are mourning the loss of a monumental landmark which has defined France and Paris’ history and culture. However, I cannot stand by and witness the praise which those who have donated are receiving for their overly generous donations to the cause when the world faces much more contentious humanitarian and environmental issues.

Could billionaire Francois- Henri Pinault, who owns the likes of Gucci, have used the €100 million euros donated to rebuilding the Notre Dame to help Paris’ significantly increasing homelessness and inequality problem? In my opinion, ignoring, or choosing to turn a blind eye to Paris’ problem, where homelessness has increased by 21% over the past year, shows how blinded many of the world’s richest population are about the more significant problems facing humanity today.

Inequality also continues to be at the forefront of France’s social issues. Continuous unrest caused by the ‘Yellow Vest’ protestors who are rising up against social inequality in the country must be baffled by the donations coming in from France’s richest. In a country where some have argued that there is no money to fix the social class divisions and rising inequality, it is confusing and shocking to hear that the boss of Louis Vuitton and France’s richest man has pledged €200 million euros towards the rebuild.

Are these public figures more worried about marketing themselves and backing the French nationalist spirit than really wanting to solve the country’s problems? It certainly appears so. More so because in France a charity donation gets a 60% tax reduction, creating an image that these reputable men are much less magnanimous than originally appear. Although the Pinault family has denied that they will claim any tax deduction, the family is still worth $37.3 billion dollars according to Bloomberg, so the donation is a mere dent on their overall wealth. What could a combined 300 million euros really solve if these billionaires became more educated and conscious of crises facing the planet today? How about refugee aid or the imminent environmental crisis which becomes more irreversible daily or investing in saving lives through medical research. Sachs has claimed that to end worldwide poverty in 20 years, the total cost per year would be $175 billion dollars (€155.6 billion euros), which represents less than one percent of the combined income of the richest countries in the world.

Further criticism has come from our own British population, following comparison to the Grenfell Fire in 2017 in which 72 people died, and many people affected are still seeking help to this day. Notre Dame witnessed no deaths and left nobody homeless, and although credit must be given highly to those firefighters risking their lives to save the landmark, the sheer and obvious comparison between the world’s richest and poorest in reaction to both events is extremely telling. Grenfell did not see Britain’s millionaires pledging huge donations towards rehousing the families or ensuring that all dangerous cladding was removed. Instead it saw Theresa May not meeting with the victims of the fire immediately after the incident, and instead it was the local community who stepped in to help by organising fundraisers and opening up their doors. Theresa May’s comments claiming that the UK will help ‘however we can’ with the rebuild have understandably received backlash when it appears more sympathy has been given to a historic building in France than to the most vulnerable people in our own country.

People are allowed to grieve for the Notre Dame, and a certain French resilience and spirit of overcoming devastating situations must somewhat be admired. Mourning a history and culture that has been lost (to an extent) is completely acceptable, and a valiant pride and spirit has been shown by the population towards their heritage in a difficult time. However, there must now be an equal outpouring for other issues. Those who have shown how eager they are to donate huge sums of money must be held accountable for their ability to help and significantly make a change in other areas.

Apple, Disney and Ubisoft have also all pledged funds to help the rebuild. The money is showing itself as being available instantly if this is acted upon. Historical monuments hold extreme importance in our society and history as nations, but we are reminded by this tragedy that their rebuilding can happen as in cases of the past, notably St Paul’s Cathedral in London which was destroyed by the Great Fire of London in 1666. I am not denouncing the historical and religious significance of these buildings but trying to emphasise that rebuilding is not so obvious with other cases where death and irreversible damage are imminent unless action is taken. Famine, humanitarian crises, extinction and climate change cannot be restored, and physical damage reversed as material structures can when given sufficient money and attention. The world’s richest must realise their privileged position to be able to help. If they are doing it for the marketing and the recognition, I believe they would get a lot more support if their donations went to saving lives and the environment, despite what they may believe. These French billionaires may maintain that they are helping to unify a divided nation in a time of social division. On the one hand, the destruction of the Notre Dame has shown solidarity throughout the country and crossed social and cultural divisions, but not to the extent where economic and social inequality has been eclipsed. If anything, it has generated even more anger at France’s richest citizens for displaying the money that could be available in the French economy but is not entering in the right way.

I will note importantly that some of these tech giants previously mentioned, as well as other figures in the world’s richest percentile, have created worthwhile and important philanthropy programmes. For example, Mark Zuckerberg and his wife have donated more than $1 billion dollars towards education and medical research and have pledged to give away 99% of their Facebook shares to charity during their lifetimes. Yet their donations so far only add up to 2.4% of their wealth according to Business Insider. Bill Gates is also another notable philanthropist, who has donated more than $36 billion dollars since their foundation launched in 2000, a whopping 45.6% of his total wealth as of 2018. Francois- Henri Pinault, mentioned earlier on in the article for donating to the Notre Dame, has actually established the Kering Corporate Foundation to help solve issues surrounding violence against women and women’s empowerment. This is inspiring and of course noteworthy against the criticism he may receive for his Notre Dame donation, yet there is a darker undertone which remains as to whether his wealth could have been better invested, even into this foundation itself.

If two men in a population of 7 billion can provide €300 million within six hours, there is undoubtedly enough money in the world to provide education to all children and provide sufficient food to everyone, not to mention providing funds for alternative energy sources and protection of endangered species. What is lacking is the education and will to pursue these projects. Now is the time for governments and citizens all over the world to remember the causes that are most pressing in the modern world, however far away and foreign they may feel.