A Vindication of the Rights of Man 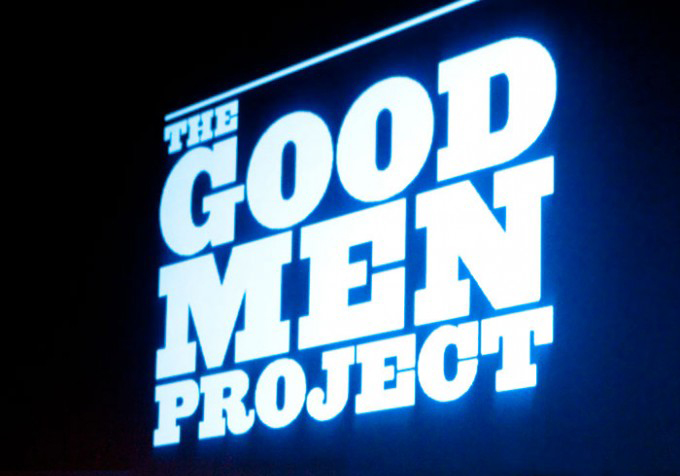 While feminism is now a well-established movement, the so-called ‘men’s rights movement’ is a relatively new phenomenon. Often criticised as misogynist, it is easy to dismiss the latter as men moaning about losing their privileges at the expense of sexual equality. However, a close analysis will show that groups such as The Good Men Project do have a point. There is a need to challenge the negative connotations of masculinity, which are hindering the rights of men in the 21st century.

Men’s rights activists’ most prominent concerns are regarding family law, particularly domestic violence and child custody, which tends to favour women. Critics may argue that the law works fine as it is: women are supposedly better at child-rearing, possessing the feminine characteristics of care and passivity, which most men are assumed to lack. For the same reason, so the argument goes, women are also unlikely to be the cause of domestic violence. However, many men do not fit into this stereotype of a greater inclination towards aggression, which is used to justify these unequal treatments. In addition, some women do also possess this ‘masculine’ trait. Thinking that a person is more violent, and hence deserves fewer rights under family law, just because of his sex is therefore wrong.

The cause of this gender stereotyping lies in our society’s view on gender roles. Men are presumed to be masculine by the virtue of their XY chromosomes; the same logic goes for women and their XX. However, sex and gender do not always have the causal relationships that social norms expect. Sex is biological and gender is largely socially constructed. In most cultures, men are expected to be physically and emotionally strong. This may be explained by the need back in primitive times for men to hunt for food while women looked after the children at home. However, there is no real need for men to fit these qualities any more in the modern day – other than social expectations.

As weird and bizarre as it may sound, men are also being oppressed by society. This is a result of our notions of which traits a man should hold. It is psychologically challenging for us to see how men can be victims of heterosexual domestic violence, as the male sex is associated with aggressive masculinity. Official crime statistics point in the same direction as the common social perception, with more men than women having criminal involvement. These easily lead to generalisations of men that are hard to be gotten rid of.

However, why are most men like this in the first place? Society is structured in a way that expects each sex to fit into its gender stereotype, which, for men, happens to be one indirectly associated with violence. This expectation is nearly always reinforced by parents from birth, as they mistakenly believe that their sons should only play with masculine toys. Consequentially, men are often moulded into what society makes of them without the chance to develop beneficial feminine characteristics alongside their assigned gender. Even though everyone agrees that violence is a negative personality trait, we still choose to accept its cause, which is often the constant reinforcement of masculinity in men.

According to Parity, a gender-equality group which focuses on men’s problems, “most men assaulted by their partners are often ignored by police,” because it is hard to believe that men can be physically harmed by women, who have been socially constructed as the weaker gender. We forget too easily that not all men are more capable of aggression. This is why it is hard to believe that, according to the Office of National Statistics’ report on violent crimes and sexual offences, 5% of men in Britain suffered from domestic abuse in 2011/12, while the statistics for women stands 2.3% higher, which is a much smaller difference than many of us would expect. Some might say that the number of female victims is actually much higher because they are deterred from reporting the abuse due to shame and threats. However, socially constructed masculinity also makes it hard for men to accept that they have been harmed by their partner. Because of this link between sex and gender, owning a penis also has its costs in society.

Some readers may be amazed to know that what I have been talking about throughout this article constitutes a feminist defence of men’s rights, based on the concept of the patriarchal society. Here, society is viewed as being based on masculine values, forcing women to comply with their designated gender and to be subjugated under men, without being able to truly develop themselves. However, it seems that patriarchy has backfired on men, forcing them to conform to norms they may not be the most comfortable under.

The dismantlement of patriarchy through the creation of a genderless society, where no one is bound by gender expectations, is one aim that many feminists have been trying to achieve. However, this could never happen if the feminist movement forgets that a genderless society where everyone can flourish can only be half-achieved through working with women. Feminism has to educate more men about its values, promoting awareness of its benefits amongst men. Anti-men sexists also should be disassociated with the movement, as their actions only reinforce the patriarchy’s effects on men rather than removing it. Similarly, ‘mennists’ must stop being anti-women and work with feminists to fight for gender-equality through promoting the riddance of gender conformism.