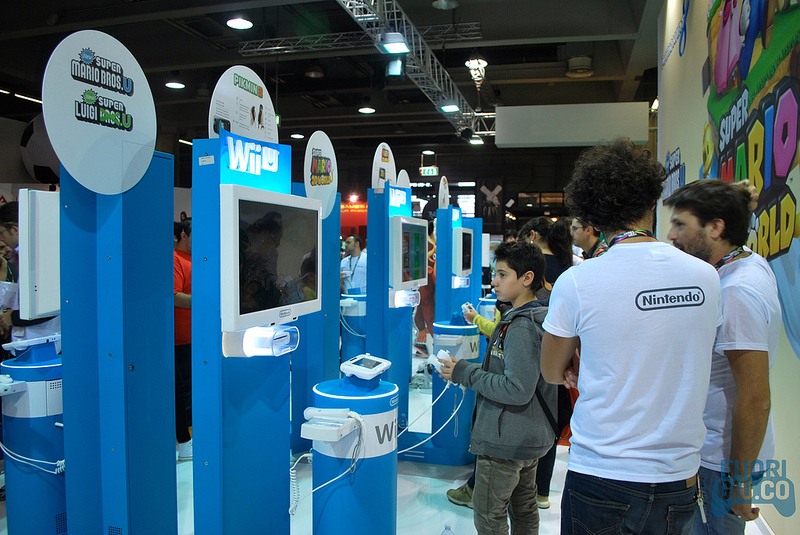 Could it be the end of the line for Nintendo?

Nintendo, the Japanese gaming company which brought the likes of Super Mario and Pokémon into our living rooms over the last twenty years, has released financial figures which shows the company is expecting to lose £205 million this financial year; a painful U-turn on the £600 million operating profit which had been initially forecast. Following this announcement, stock prices on the Tokyo Stock Exchange fell by 18.43%, wiping over £600 million off the company value and forcing many to question Nintendo’s future success. The company is bracing itself for an uphill battle…

The sudden fall in Nintendo’s fortunes is being blamed mainly on the Wii U. When released, sales predictions were an optimistic 9 million, revised just 12 months later to a mere 2.8 million consoles. Released towards the end of 2012, its RRP was £299, a considerable increase on the original Christmas 2006 release price of £179.

So, what was the response to the Wii U when it was released? Firstly, people were confused about the console; was it entirely new or an add-on for the biggest selling console in history – released six years prior? Reviews of the Wii U were varied, described by IGN as “a mix of awesome new ideas and mediocre execution”.

“Everyone loves the fact that Nintendo plays by its own rules – it’s just that, this time, not everyone is going to understand them.” (The Guardian).

Techradar suggests that “gamers who already have an Xbox 360 or PS4 may struggle to see much of the appeal”, a strong indication that more ‘hardcore’ gamers will not be impressed by Nintendo’s new offering.

The last couple months of 2013 saw the release of the Xbox One and the PS4. In the first week of US sales for the Wii U, 400,000 units were sold. By comparison, within the first two days of UK sales for the PS4, the PS4 had surpassed Wii U’s lifetime sales in the UK, taking £87 million in just 48 hours.

Nintendo’s blaming of the Wii U for the slump in profits, therefore, seems truly accurate, since the reviews for both the PS4 and Xbox One were comparatively better: “[on the Xbox One] a seamless dashboard serving up gaming, movies and music in a fluid and easy fashion” (The Telegraph), “[the PS4] sets a new bar for the industry” (IGN), “It’s [the PS4] only going to get better, when the truly next-gen titles start to arrive” (Techradar).

Techradar’s point about the gaming titles is reflective of a key problem for the Wii U; the fact that few of the highly anticipated titles for 2014 will be released on that platform.

Of the eleven most hotly anticipated games due for release in the coming twelve months, only three will be available on the Wii U compared with seven for both the Xbox One and PS4. In such a highly competitive market, and considering how much investment goes into making one game title, this is a big disadvantage.

Game designers are less inclined to approach Nintendo with new releases when Microsoft and Sony, designers of the Xbox One and PS4 respectively, offer considerable advantages. This ultimately means reductions in sales and as a result we reach our current predicament: Nintendo is announcing financial losses.

However, what is fairly unique to Nintendo in the gaming industry is its family-friendly titles, which many generations have grown up alongside, and the accessibility of its games to all ages. ‘Super Smash Brothers’ and ‘Mario Kart 8’ are both eagerly awaited in 2014, promising to have developed upon their previous versions which have seen many redesigns since the Nintendo Gamecube, Nintendo’s flagship console before the Wii. What remains constant, however, is a core of familiar characters and gaming environments that would be recognisable to many 20 years ago.

Shuhei Yoshida, President of Sony Worldwide has been quoted saying:

So, what hope does Nintendo have? The flagship Wii U is supported by a portable gaming device: the Nintendo 3DS. Whilst Wii U sales have been kept close to Nintendo’s chest, it proudly announced a 45% increase in 3DS game sales in 2013, showing that the developing mobile industry isn’t quite leaving handheld gaming behind, as some industry analysts predicted.

The drop in sales will be difficult to recover from but the general consensus is that Nintendo may be able to bring it back so long as they remain flexible within their industry, or indeed focus more on some areas than others (looking particularly at the 3DS!)

Nintendo still have a strong position in the gaming industry, and certainly have an advantage in that they were one of the first companies to produce gaming consoles. The challenge they face is continuing to build on this sense of nostalgia while introducing younger gamers to a world of gaming with a small Italian plumber or hundreds of small animals which you catch with Pokéballs.