Five more years of Cameronomics: Will they make the cut?

Prime Minister David Cameron and Chancellor George Osborne hardly let an opportunity pass to remind anyone listening of the “long-term economic plan that is working”, in order to contrast it with the “economic chaos” that a Labour government would cause. Previous articles in this series on the 2015 General Election’s economic dimension have examined both these claims, and found that economic growth is feeble and low unemployment not benefitting all equally. Another claim repeatedly made by senior Conservatives has been that on the economy, the job is “half done” (how about that for a campaign slogan!). In order to restore full economic prosperity, five more years of Conservative government are absolutely vital, or so they say. What exactly does the Conservative party plan on doing to improve the UK economy during the next parliament? This article examines their economic policies regarding government spending, unemployment and taxation. 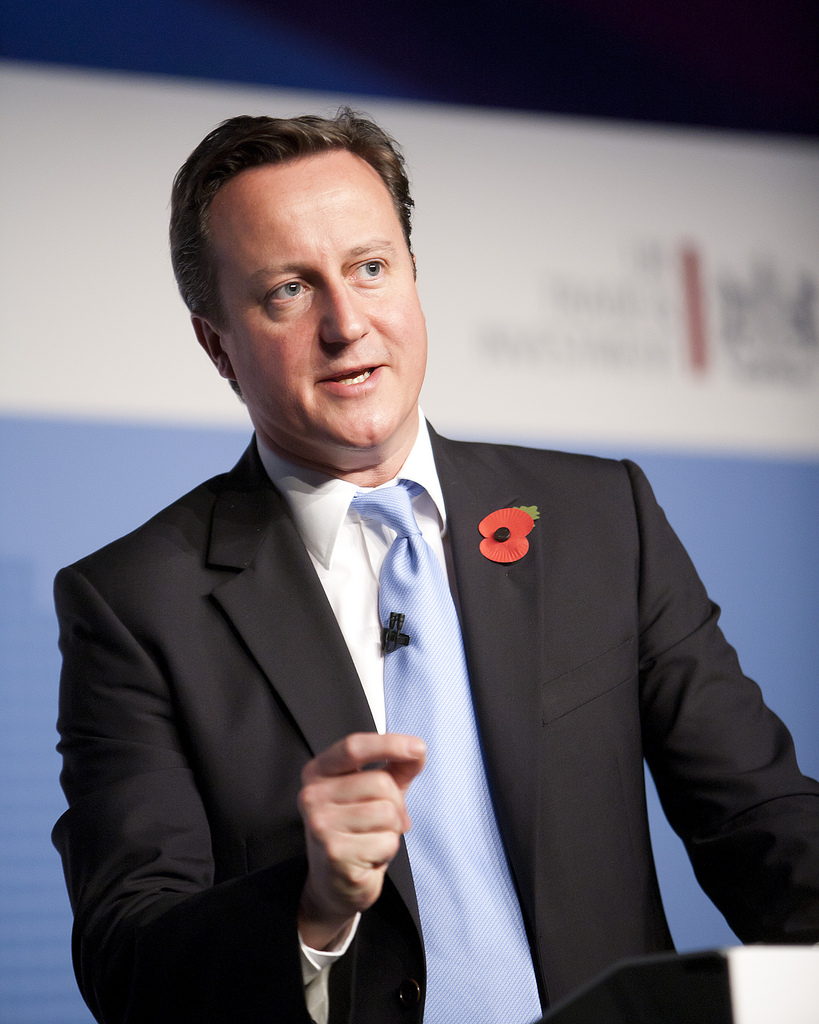 Perhaps the best indication of what to expect from the Conservatives at the helm of the next parliament is last month’s budget. Regarding the deficit, the Chancellor eased his estimate of the surplus target in 2019–20: the current projection is a surplus of £5bn, a substantial downward revision from the £23.2bn in the autumn statement. It has been suggested that Osborne adjusted the surplus target to allow for more spending over the next parliament and thus dodge Labour’s obsessive criticism of the austerity measures that would allegedly bring public spending down to 1930s levels. Despite this revision, deep cuts of £30bn in public spending still stand. The Tories have vaguely outlined where these reduction would come from: £5bn from clamping down on tax evasion, £12bn from welfare cuts during 2016–2018, and the remaining £13bn from savings due to departmental efficiencies. Especially the welfare cuts have been subject to public scrutiny, as the Conservatives have failed to, intentionally or unintentionally, clarify which welfare bills will be reduced. After the Chancellor recently refused to rule out changes to child benefits, fear spread that the spending cuts would hit families hardest. The Institute for Fiscal Studies (IFS) estimated that changes to child benefits would cost 4.3 million families over a £1000 a year. Having ruled out reductions to NHS and pension spending, which together constitute over a third of total government expenditure, the Chancellor creates a narrow space in which to manoeuvre his cuts. The two largest remaining items of expenditure are education and social security, areas where spending cuts are hugely unpopular.

To cut or not to cut

Instead of debating where the cuts to public spending should come, one could also question the necessity and effects of austerity. An extreme example of the negative consequences of austerity is Greece, where 40% reductions in healthcare spending have coincided with a 200% rise in HIV diagnoses, a 50% youth unemployment rate and a 60% rise in suicide rates. Closer to home, 10,000 families in the UK have been pushed into homelessness due to cuts on housing benefits. Although the cuts in Greece can be justified because of the country’s enormous public debt that is in no way comparable to the UK’s budget deficit, austerity is by no means the only way. In Iceland for example, where public debt soared to 800% of GDP, public investment in healthcare was increased in order to overcome the economic downturn. It is suggested that the fiscal multiplier, the economic bang for every extra buck spent by the government, for spending on healthcare, education, and social security is many times bigger than for spending on, for example, defence. This implies that cutting public spending is a valuable tool if applied to the right areas. As long as it remains unclear what the Conservatives will cut exactly, there is no clear indication of the effects of the proposed spending reductions. Perhaps a sunnier day will come in the last year of the next parliament, as the Conservative government, if still in power at that time, plans to increase public spending by £24bn. Although this is only a prediction for five years from now, it is an interesting move by the Chancellor, even if only to rob Labour of its major economic argument.

The benefits of recovery

After bringing down unemployment substantially over the past five years, the Conservatives aim to continue this trend by cutting the “jobs tax” for employees under 21, reducing corporate tax and getting rid of unnecessary regulations. It remains to be seen whether these measures actually result in a further rise in employment. Other changes to taxes should benefit both low- and middle-income earners: the Tories propose to raise the tax-free personal allowance to £12,500 (supposedly taking a million people out of income tax) and raise the threshold for the 40p tax rate to £50,000. However, Osborne and Cameron have publicly refused to rule out reducing the top rate of income tax if they come to power after the general election. This will no doubt amplify Cameron’s posh image, leaving many people wondering who will ultimately benefit most from a Tory government. Furthermore, Cameron’s pledge to refrain from a rise in VAT in a future Conservative government came under criticism from Labour, as Miliband claimed that nobody would believe the Prime Minister after abolishing a similar pledge five years ago. The Conservative plans for unemployment and taxes look solid, but could perhaps use a broader appeal.

The price of recovery

Overall, five more years of Conservative government would probably sustain the economic recovery that was initiated during the coalition government. However, there are significant doubts over the size, direction and effects of spending cuts. Nevertheless, the last budget eases fears of extreme austerity and thwarts much of Labour’s criticisms. In addition, reductions in tax and unemployment should benefit most people in the UK. It is not at all clear who will benefit most from economic recovery under the Tories, and perhaps more crucially, who pays the price.