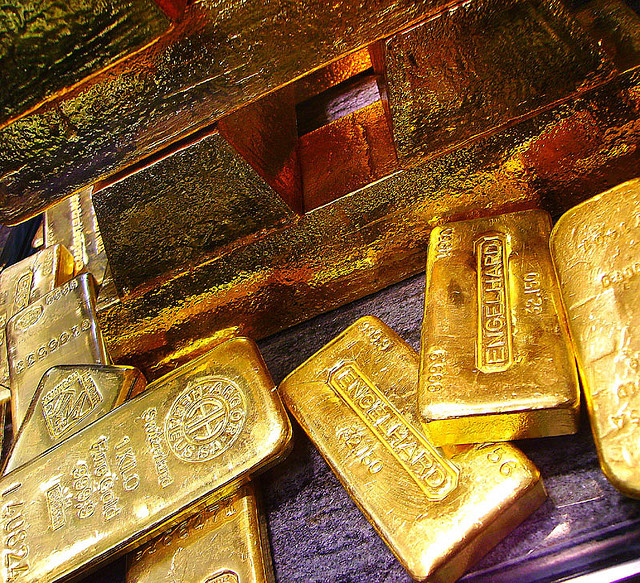 Inert, finite and beautiful. These are three of the main characteristics which make gold such a reliable store of value, and help to explain why gold demands respect the world over. In the face of low confidence and poor outlooks for traditional financial assets; government bonds, companies’ shares and even cash, investors seek out safety in a metal which has been used for trading and saving for thousands of years.

It is for these reasons that any sudden sharp rise in the price of gold leads to questions being asked and people examining the health of the economy; which is what happened this week as gold had the largest weekly price rise since August of last year. Something was causing investors, firms and individuals to seek safety en masse, which would appear out of the ordinary, given that the price of gold fell by a reassuring 28% in 2013, a clear sign that confidence is returning and people are investing in traditional assets again. Interesting in the USA the Standard and Poor’s 500 Index rose by 29.6% in the same year, almost a mirror image of the price of gold. In the UK the major stock market index FTSE 100 rose by just under 12% over the same time period, reflecting again a clear trend of recovery despite much volatility along the way.

One reason for the sustained increase in the price of gold over the past two years was, particularly in the US, concerns about the fiscal stimulus introduced by the central bank to bring about further spending and prevent a deepening recession. Around 2 trillion in financial assets was injected to the financial sector of the USA’s economy between late 2008 and mid-2011, which came at the significant cost of heightened inflationary concerns. Gold prices rose 70% over the same period as investors feared for the erosion of the value of their other financial assets and for cash itself. Such intervention in the market will invariably affect changes in the price of gold.

As investors and market analysts now discuss what caused this most recent price rise, there is increasing interest at where the price is heading over the coming year, and whether the signs of recovery being seen across the world now will continue into the longer term. Despite the monetary policy of the world’s main economies not having been pegged to gold for over 60 years, there is still heightened interest in the price of gold and the insight which a single figure – the gold price per ounce – gives to the health of our economy the world over.