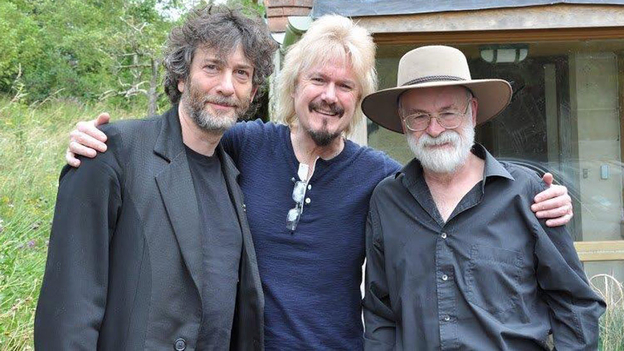 It really has been a good few years for Neil Gaiman. From the enormously successful film adaptations of Stardust (2007) and Coraline (2009), to the acclaim received by his most recent novel The Ocean at the End of the Lane, to penning two now fan-favourite Doctor Who episodes (one of which, The Doctor’s Wife, was voted best Matt Smith era episode), the cult sci-fi/fantasy author must surely have one of the most enviable CVs in the literary industry. Last year saw his 1996 novel Neverwhere broadcast for radio, with James McAvoy, Natalie Dormer, and Benedict Cumberbatch among the dazzlingly distinguished cast; 2014, staggeringly, has seen the proposals for at least three more adaptations of his works.

While there has been little further word on the reported Sandman and The Ocean at the End of the Lane films in development, Gaiman fans have two altogether more tangible reasons to start haemorrhaging with excitement, and those are: American Gods and Good Omens.

It’s true. Finally, more than ten and twenty years since their original publication dates; after several aborted film scripts and many more dashed hopes; after years of fan-hypothesised casts, and hundreds of works of fan art, and thousands of words of fan fiction written just to see more of those beloved characters beyond their limited canon, it is confirmed. American Gods and Good Omens, two obsessively adored and utterly inimitable classics, are coming soon to a television and radio near you.

To those who are unfamiliar, Good Omens, co-written by the likewise legendary Terry Pratchett, follows the demon Crowley and angel Aziraphale, to be voiced by Peter Serafinowicz and Mark Heap, who after several millennia of meddling in the affairs of mankind decide that they are rather fond of the world, and would rather Armageddon came another day, thank you very much. The only problem is, they seem to have misplaced the Antichrist, who has his own ideas. Good Omens is the kind of novel you pick up for its intriguing synopsis (the most accurate I’ve come across being ‘six billion people almost die, and it is funny’), and find yourself still reading in the bookshop an hour later, shop attendants casting pointed looks; it’s a book you’ll snort maniacally over in public places, and be so engrossed you won’t realise you’re making a sound; a book you’ll want all your friends to know about, but won’t lend because no one would return it; a book you’ll flick to a random page of to make you smile, and next thing you know it’s three in the morning and the words are swimming and wow, weren’t you going to be a productive member of society today? In short, it is hilarious, and touching, and disturbing, and you will reassess your whole universe with each subsequent reread (and there will be rereads. Many, many.) As with Neverwhere, the adaptation is to be directed by Dirk Maggs (of The Hitchhiker’s Guide to the Galaxy radio drama) with a voice cast including BBC Merlin’s Colin Morgan and Sherlock’s Louise Brealey, and is set to be released in time for Christmas on BBC Radio 4. 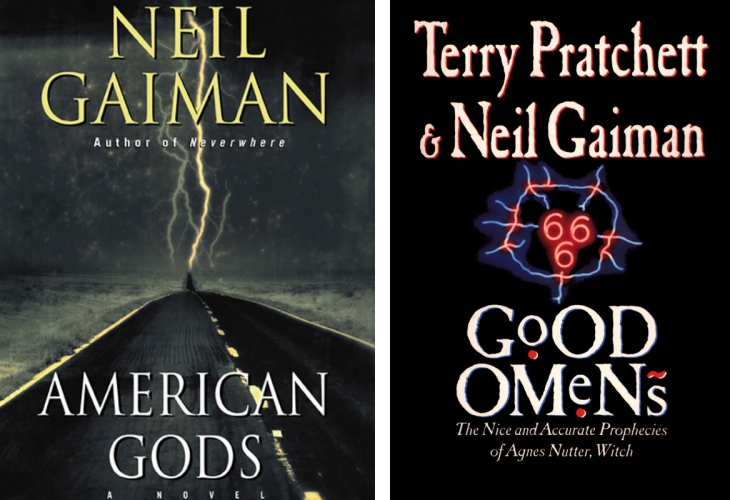 Thousands of fans (this writer included) have waited years for news of these adaptations.

American Gods, meanwhile, has been taken up for television by director and writer Bryan Fuller, of Hannibal and Pushing Daisies fame — and if you are at all familiar with these shows, you’ll know the book is in safe hands. Since the adaptation was first announced in July, subsequent interviews have resulted in increasingly fabulous headlines such as ‘A vagina will eat a man on your television screen’, ‘Bryan Fuller promises to keep “orgasm of death” scene’ and ‘Bryan Fuller: casting a white man to play Shadow [the novel’s protagonist, of non-white ethnicity] would make us TV’s biggest assholes’. In a novel that deals with the collected deities of multiple continents, from Egyptian to Norse to the ‘new’ gods of America (including the gods of media and the stock market), a director set on an appropriately racially diverse cast is most relieving to hear, with Fuller and co-writer Michael Green adamant on keeping true to the novel and its characters. The novel’s drama centres around a brewing war between the traditional ‘old’ gods of religion, and the increasingly powerful ‘new’ gods that reflect modern society’s loyalty to the likes of technology, the internet, and money. Protagonist Shadow Moon, an ex-con turned bodyguard to the mysterious Mr Wednesday, finds himself aiding this ancient deity as they gather forces in preparation for battle. While no casting decisions have been released of yet, Fuller revealed in a recent interview his desire to bring writer and actor Mark Gatiss in as Mr Ibis, one of the ancient Egypian gods. No doubt there will be further information on these eagerly-awaited decisions over the next few months as the show’s plans unfurl.

Believe me, no amount of work load is worth coming between you and these books. Consider your degree in one hand, and the emotional and intellectual ride of your life in the other, and reassess your life choices if you opt for the former. While there is some time before American Gods will be gracing — and no doubt traumatising — our TV screens, strangers to Good Omens have but until December to acquaint themselves with this paperbacked perfection, and must not waste a moment longer before acquiring a copy. I would lend you my own, but I fear I’d never get it back…

You can follow further progress on these adaptations by visiting Neil Gaiman and Terry Pratchett’s websites, and if you require any further (and perhaps less biased) opinions on the novels, have a look at the independent review site Good Reads’ pages for American Gods and Good Omens.