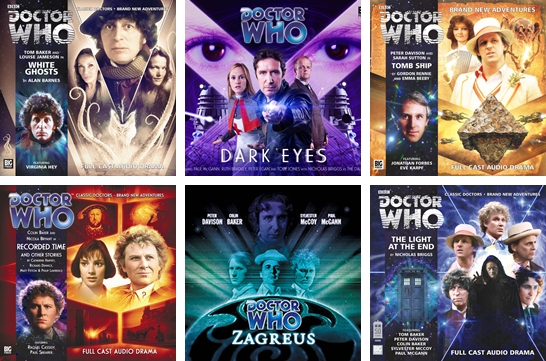 Big Finish’s Doctor Who audio episodes have proved increasingly popular since they began in 1999, continuing to this day.

On Wednesday it was three months since we said goodbye to Matt Smith’s eleventh Doctor in the Doctor Who Christmas Day special, and with filming set to continue until August this year, we look to be facing many more long, Time Lord-less months ahead. But Who fans are no stranger to hiatuses: from the absence of a full series in 2009 with David Tennant, to the eighteen month break in Colin Baker’s run in the 80s, to the fifteen year hiatus between 1989 and 2005 when the show was indefinitely suspended… Yes, Sherlockians, we feel your pain; yes, Tolkeinites, we know it was hard. But for a show where travelling billions of years in seconds is nothing to write home about, Whovians know waiting like no others.

The question is, what’s a fan to do in these long, lonely months before resuming our fantastical adventures across time and space? Here in Durham it’s the first week of the Easter Holidays – which isn’t saying much, if you’re anything like me with a half-finished dissertation and four exams on the way – but this does give us students at least some semblance of free time: ideal for any friend of the Doctor’s to explore a little deeper, and even for the wary stranger to dip their toe into the joys of dimensional transcendentalism.

From comic books to novels, web episodes to audio episodes, not to mention the failed attempt at revival with the 1996 TV movie, all kinds of weird and wonderful creations emerged during the long wilderness years between 1989 and 2005. Meaning: there’s no excuse for a Whovian to drum their fingers during their wait for Peter Capaldi. This week I’ll be offering an introduction to one child from this dark era that continues to this day, one I believe deserves even more appreciation and recognition than it already, and increasingly, receives: the Doctor Who audio adventures, produced by Big Finish. 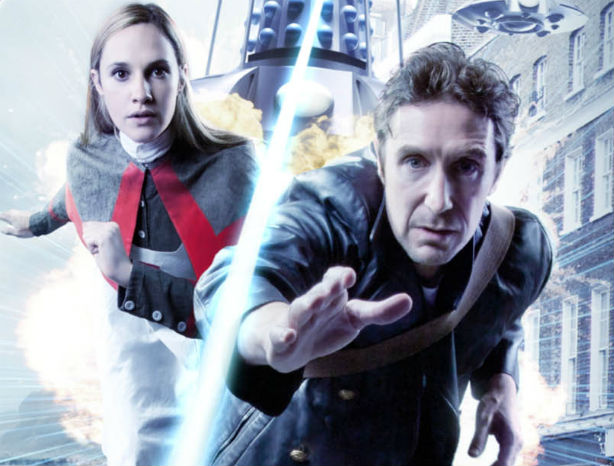 The Big Finish audio adventures are, essentially, what you would get if you closed your eyes while watching a televised episode and were still able to understand the goings-on. They are not audiobooks, as one might first assume, but rather audio plays, complete with voice actors, sound effects, incidental music, and killer plots. They are, for all intents and purposes, an episode you get to direct in your own head, and that is what makes them such a magical and unique way to enjoy a franchise that has been portrayed through all forms of media.

First produced in 1999 by British company Big Finish, the audio adventures involve all surviving Classic Who Doctors from Tom Baker to Paul McGann and follow their off-screen adventures with various familiar companions, and many new ones. No dodgy special effects; no jarringly outdated historical or scientific inaccuracy; no lurid outfits: if, like I once was, you are wary of trying Classic Who for these reasons, then Big Finish is the perfect lifeboat across the sea of the unknown – a regular gateway drug.

What makes these audios such an ideal medium for Doctor Who is how, in your head, the actors haven’t aged a day: sixty-two year old Peter Davison is still the affable, boyish twenty-nine year old from the 80s; the magnificent Tom Baker, who recently turned eighty, is still loping agilely around in his eighteen foot scarf as fit as the day he was cast. Indeed, I find Colin Baker’s fabulously brash incarnation much more agreeable when I needn’t look at that terrible technicolour coat of his.

For long-time fans of the show the audios represent an unmissable opportunity to see your favourite Doctor or companion back in action: for example, it was recently announced that companion Adric, who shocked the nation in the 80s by being the first proper, multi-story character to be killed off, will be returning beside Peter Davison’s Doctor this year.

The audios are also the perfect chance for underrated Doctors to shine: Paul McGann’s dashing, ingenuous eighth incarnation from the nineties finally gets to prove his merit away from the unsuccessful American TV movie that until recently was his only televised appearance. And how he shines: in 2004 he was granted his very own series separate from the main range, which continues to this day and earlier this year won the BBC’s best non-broadcast drama award. Better still, his audio adventures were arguably made ‘canon’ by the BBC last November for the show’s 50th anniversary when McGann appeared in a seven minute long webisode – the eighth Doctor’s first televised appearance in seventeen years. 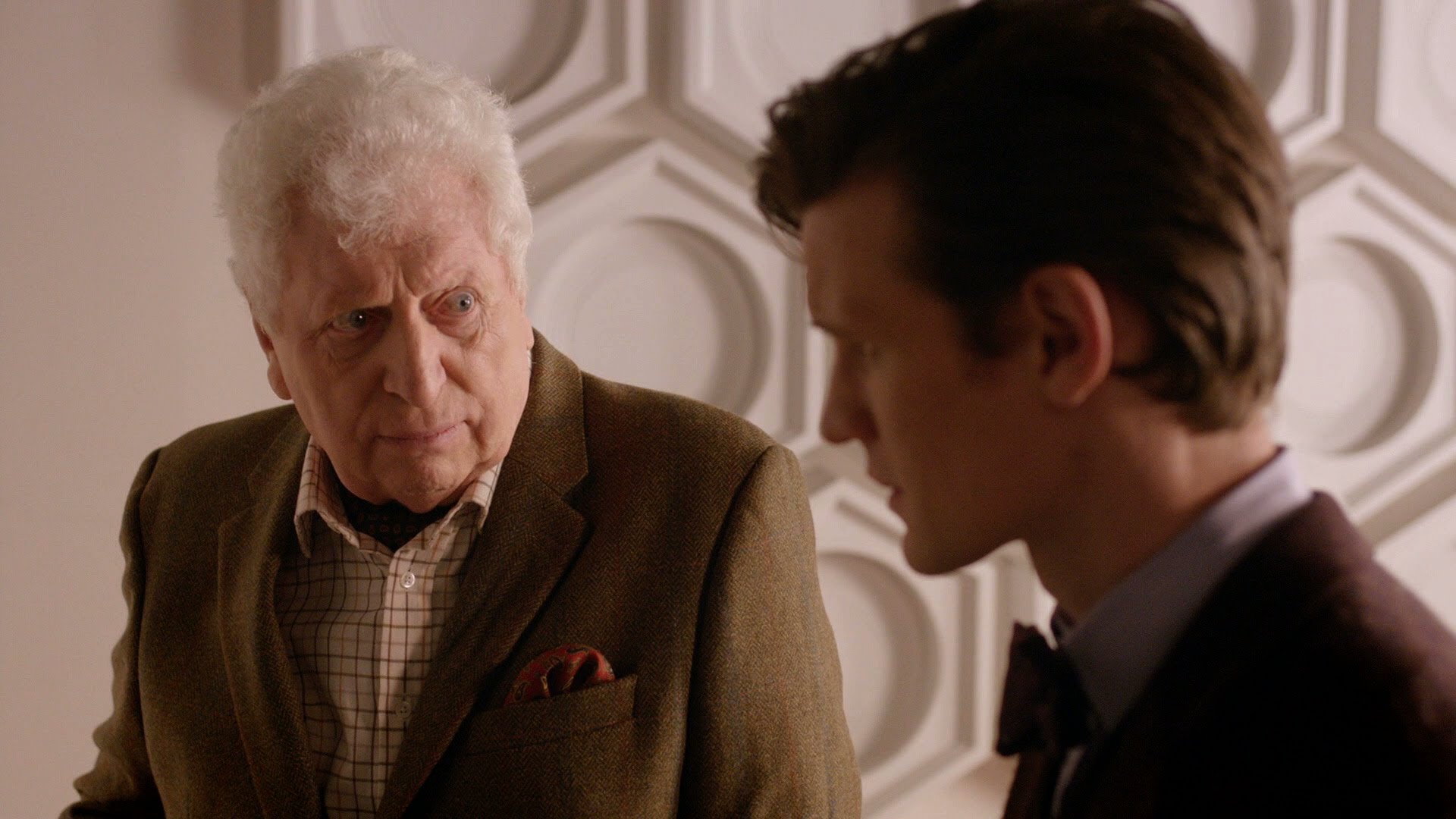 Many fans were disappointed by the lack of Classic content in the 50th anniversary special, viewing Tom Baker’s minor appearance as a token gesture.

The popularity of these audios has been growing exponentially, especially in the run up to the big November anniversary when an episode featuring all five of the Big Finish Doctors was released, satisfying Classic Who fans in a way that The Day of the Doctor, which felt more a celebration of the revival than fifty whole years, could not. I personally am so grateful to Big Finish for its work with my favourite incarnations that I can’t even complain about the price: up to £12.99 per two-hour episode, though older series are usually more reasonable, as low as £2.99.

In comparison to the main TV series, broadcast for free on BBC1, they are infinitely worth it: unlimited by budgets or the need to appeal to a family-friendly audience, Big Finish’s stories manage mind-blowing complexity and originality without falling into the plothole-riddled, nonsensical confusion of the present televised series under head showrunner Steven Moffat. They also arguably remain truer to the show’s heart, following its foremost tale of one brilliant, mad, and often very lonely Time Lord and his magnificent adventures across time and space with companions he finds along his travels, instead of falling into the traps of popular television’s need for constant drama, shocking twists, sexual tension, and gratuitous romance.

In conclusion, I could not recommend Big Finish more highly. A little concentration, a little imagination, and you are put in the director’s seat of your very own Doctor Who adventure, where you get out as much as you put in.

A word of advice, though: don’t start one at the beginning of a long, busy timetable. You’ll be sneaking your headphones back in for the rest of the day, and sadly we don’t all have time machines and their benevolent Time Lord captains to avoid deadlines.

If you’re interested in learning more about Big Finish then don’t hesitate to visit their site; here are several of the best audios with a link to download:

2) The Chimes of Midnight – My own introduction to Big Finish, as well as the eighth Doctor, this Agatha Christie-style mystery with Paul McGann had me enraptured by the two instantly

3) Dark Eyes – The eighth Doctor’s latest series of adventures, the third season of which is to be released this November