Anastasia Maseychik in Television on 12 May, 2018. 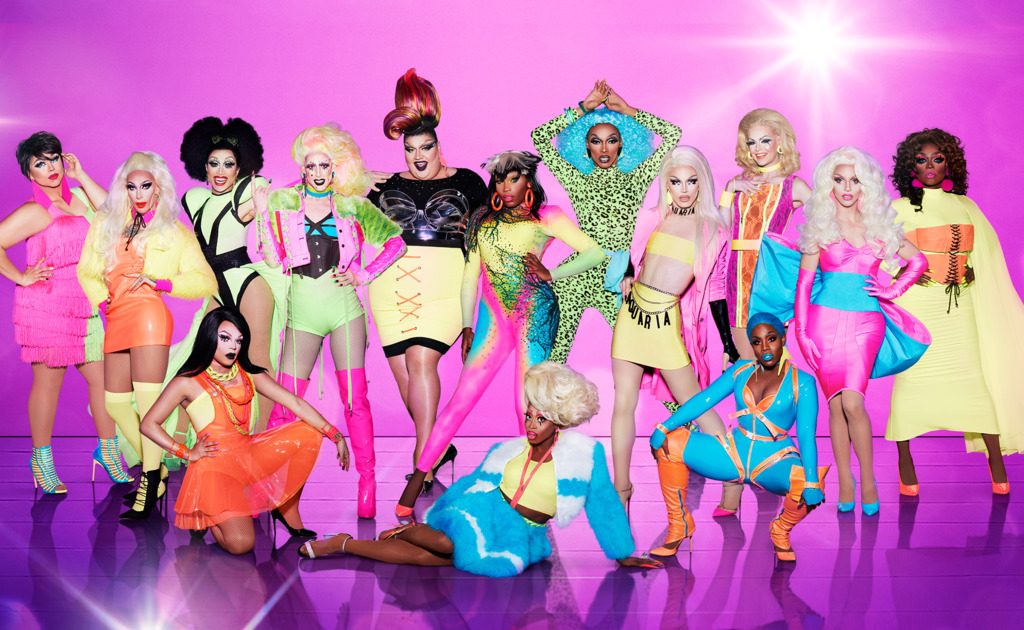 Rupaul’s Drag Race is the sub-culture reality TV program that has swept world over its ten year escalation to fame. As its legacy has grown it has changed the face of drag immeasurably, in recent years bringing queens’ colourful costumes into the bright light of mainstream pop culture to dazzle a broader demographic of spectators than many could have been imagined ten years ago. This, in many ways, is a beautiful thing – more of the world gets to witness and participate in this diverse and rebellious art form and its proponents can seek better wages to maintain a thoroughly expensive career. However, there are some draw-backs.

My fear is that the days of the underdog winner are over. Of course, it makes no sense to pick a winner that everyone will dislike – but I worry about popularity and profit considerations ending an era. I’ll stipulate now that by no means am I demeaning any queens’ achievements on drag race or attempting to take away their talent. Quite the opposite – I am trying to argue that queens with immeasurable skill but less effective outreach and branding may find it impossibly harder to snatch the crown.

This article has been prompted by much discussion I’ve observed in fan groups of the show over what is known as ‘the winner’s edit’ and controversies surrounding Season 10 (currently airing) and our recent All Stars 3 winner. Trixie Mattel of the latter controversy is of course a great queen in her own right – her extensive musical success alone proves that. But is this why she won? I would argue, to a great extent, yes.

Her album, One Stone, released a day after her win peaked the Billboard Magazine‘s music charts and her earlier album Two Birds also hit top two. Her performance on the show amounted to only two won challenges, trailing behind self-eliminated Bendelacreme and the in many ways anticipated winner Shangela. In the final number and music video ‘Kitty Girl’, despite all of the editing favour given to Trixie (the smashed camera, the pit-crew pie in the face, following Trixie running to the finale of the song) I still felt most drawn to Shangela’s 16 seconds of rap – as did many, making it a controversial win.

But this article is not about Trixie, but the phenomena she represents. The heat of the controversy following her win I felt most strongly in Rupaul’s Drag Race fan groups on Facebook. I agreed with many that Trixie should be celebrated for her win and not the recipient of any ill will, but I felt sincerely Shangela’s issued statement on the matter:

“Should we feed into (some fans’) negativity? No. But should we honor their feelings? Yes, I think we should! Baby, when you have grief, you have to feel it.” – Shangela in interview with Entertainment Weekly

I also noticed, as with the last two seasons of Drag Race, that these groups do matter – the opinions expressed in them I believe are weighting the race. The official Rupaul’s Drag Race Fans group on Facebook, with 128,560 likes, regularly has its members post a classic split-panel reaction vote about the winners, such as the current one below: 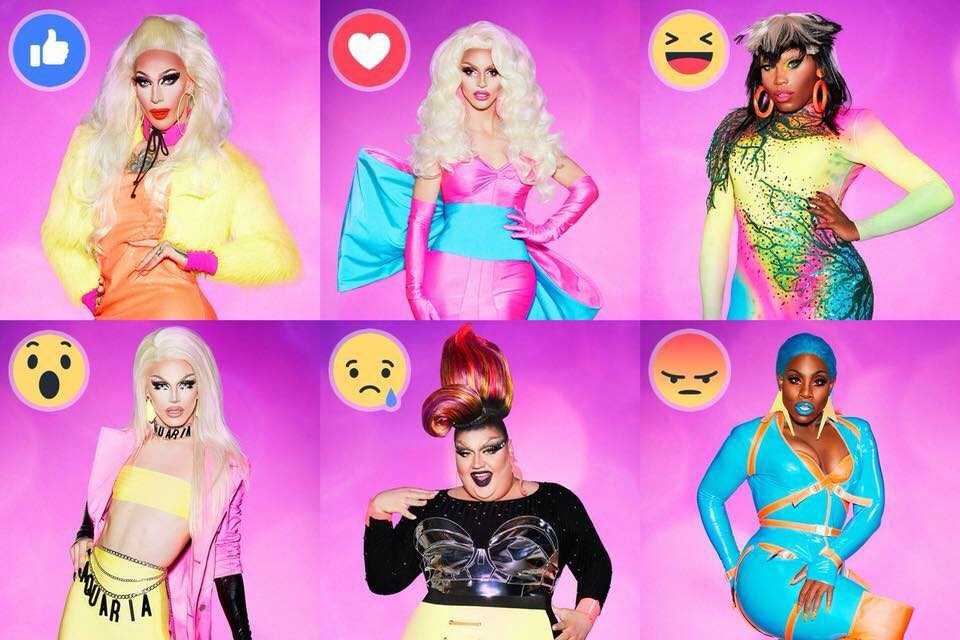 I think it’s naive to think that our unofficial votes in official fan groups go totally unnoticed by the production crew. In the last race (Season 9) Shea Couleé, much like Shangela, had the highest number of wins and was being given a strong ‘winner’s edit’ – but the fan polls in these unofficial groups declared Sasha Velour the fan favourite, and from a relatively back-seated position she took the crown. The live finale is not only to generate hype but to allow the production team to evaluate fan response to the show whilst its airing – so not to choose a winner that won’t maximise on popularity (and touring profits). This is why, much as I think she deserves to possibly win and she is being given a great edit, I’m skeptical that it is finally time for a big girl to win this competition. Eureka currently trails with only 199 votes on the above panel, well shy of Miz Cracker’s 485 without winning a single challenge as of yet. This is also reflected in other fan support posts.

In many ways one can ask: “what’s wrong with this? The fans are being given what they want” and in many ways I’m inclined to agree. My only concern is that I’m unsure we will ever return to the days of the radical Sharon Needles win. Sharon embodied the true underdog – she was different, provocative and not to everyone’s tastes, and in her I found true inspiration. All queens are inspiring, but I remember when I first saw her win in my lonely University accommodation bedroom late at night I actually had tears brimming in my eyes. She was for me proof that you didn’t have to get everyone to like you or appeal to ‘the system’ to reach the highest heights. She gave me great comfort when I felt very alone and couldn’t be popular and a ‘people person’ in the same way other people were. This is why I feel concern for modern day Drag Race – when winners seemed to be designated due to overwhelming popularity (likely with a profit motive) I think we lose this ability to make idols out of the down-trodden. Of course, all queens will know what it is like to be down-trodden in society, all have unique experiences of suffering and overcoming – but I wonder what we’ll lose from making idols out of people who are already idols.

I also feel deeply for those who are manipulated by the show to fit the story production feels the viewers want. There’s no denying that, as Rupaul says, the edit can’t make you say things that you didn’t – but this is an extremely blasé response. The edit can’t change what you said, but it can literally change everything else – context, music, lighting, all the things that affect our subconscious and provoke emotional reactions. A good example of this is the recent Eureka vs The Vixen controversy. It certainly can be said that The Vixen is at times hard to love – which made it all the more unfortunate for her as she walked readily into the Villainess-of-the-season role with her ‘don’t poke the bear attitude’. All the more unfortunate that she also chose the current recipient of the ‘winner’s edit’ as her arch nemesis. Whilst I can fully see how provocative she is and I think Eureka has been very mature overall with the issue, my heart goes out to her as someone self-admittedly haunted by struggles that provoke her aggression and how that’s been unfairly capitalised on by a show that preaches kindness. In the Werk-room in the latest Cher-themed episode, Rupaul approaches both Eureka and The Vixen to discuss their feud – but both receive very different responses. Whilst Eureka is met by Ru’s clear approval and reassurance with soft sympathetic music, The Vixen is met with coldness and an aggressive track – followed by a cut scene to her private interview saying: ‘they don’t think I deserve to be here, so f*ck ’em’. Let’s be honest – queens on drag race have said something along these lines probably more times than there are episodes, but depending on who says it determines its portrayal as either aggression or resilience. Eureka of the winner’s edit, by contrast, is given extra opportunities to show her brilliance or excuse omissions – such as this week on the main-stage when she was questioned to explain her reasons for hesitation over singing. 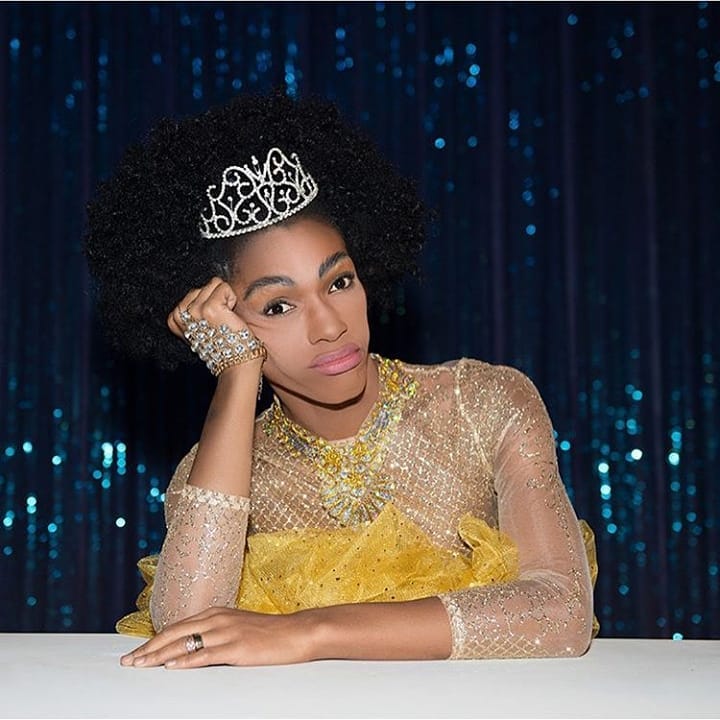 These are unfortunately necessities of reality TV – there wouldn’t be a show if there wasn’t a well-crafted, somewhat artificial story. God knows, I’d be devastated to see Drag Race end and I know that the queens that enroll are grown people who have committed to the roller-coaster. But I wouldn’t want to see it go too far one way: I would like the crown to still be anyone’s game, and I think it’s important to remember the semi-fabled nature of what we see. Ultimately, if this demonstrates anything, it’s that your support means the world to your favourite queens – giving their new music a listen or liking their latest photo could cumulatively make or break their careers.