Is it time for Jodie Whittaker to leave the TARDIS?

Jamilla Smith-Joseph in Television on 31 January, 2021.

Ah, Jodie Whittaker. Her tenure of one of the most iconic, culturally significant and beloved roles of all time has been…controversial, deliberated, divisive, to say the least. So it’s no surprise that the recent speculation as to her possible departure from the show – mere days after the New Years’ Special aired – took over the headlines.

It is important to note that this is far from the first time such rumours have appeared. Even during the press tour for her debut as the Doctor, there was talk of her leaving after only two series to focus on parenting away from the busy schedule of the show. To the sceptics of this new era, this was already a step down from previous Doctors, where there was a precedence for staying on for multiple seasons. It would seem some of the newer discussion could be a reiteration of these original rumours. Whilst the BBC has come back and denied all such rumours, there’s no smoke without fire. 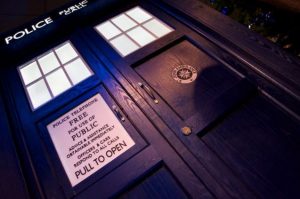 Who will be the next Doctor to occupy the TARDIS?
Image available on flickr.

I wouldn’t blame Whittaker for wanting to jump ship. Whilst she certainly has her fans, ratings don’t lie. That’s also without mentioning the internet backlash…even if it’s not entirely Whittaker’s fault. Many place the blame of the issues of this very different incarnation of Doctor Who in the lap of showrunner, Chris Chibnall. Whittaker is just the figurehead to which the majority of the metaphorical shots are aimed.

There is also the issue of companions. Normally, at this stage in a Doctor’s run, there would be a fresh new set of faces to accompany the current Doctor on their travels. In fact, the only one to follow a similar trend is Amy (Karen Gillan), who spent  two and a half series with Matt Smith’s Doctor – though of course was joined by Rory along the way. Yes, two of the ‘Fam’ have just left, and Yaz was definitely the right choice (sorry Bradley Walsh, I still love you) – whilst there is arguably some promise here, I don’t really know how much will actually change. John Bishop’s new character Dan is intriguing, but I think Series Thirteen really needs some one-on-one time. Yaz clearly has a connection with Whittaker’s incarnation, so if Whittaker left whilst Yaz was still in the TARDIS it could be interesting; in a similar way to how Clara Oswald’s (Jenna Coleman) dynamic with the Doctor developed with the change from Matt Smith to Peter Capaldi. However, I’m open for John Bishop to prove me wrong.

So, Whittaker’s run in the TARDIS is most probably not quite over yet, but this doesn’t mean we can’t start looking ahead. Given that there are essentially infinite incarnations now (thank you The Timeless Children), whilst someone on this list might not be the Fourteenth Doctor, that’s not to say they might not take on the mantle at some point down the line. 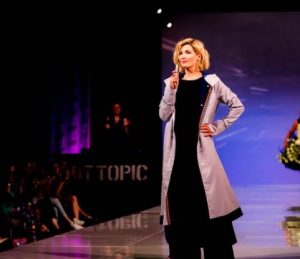 It will be interesting to see whether the next doctor is a woman or not. For some, if this was not the case, it would look like the BBC were backpedalling. However, Jo Martin’s appearances as the Doctor throughout the Twelfth series may already have solved this problem for Chibnall; thus, in theory, it could go either way.

Another interesting point is that, given that we got a female doctor after the Master became Missy, it would not be unreasonable to expect an Asian or Black actor to portray the Fourteenth Doctor, after Sacha Dhawan’s accomplished iteration of the Master. Apart from the fact it would prove my headcannon right, this opens the door to some refreshing candidates.

I have tried to steer away from some ‘obvious’ choices, like Benedict Cumberbatch or Tom Hiddleston: of course they’d be perfect, but it’s just not going to happen at this point in time. The majority of these choices also don’t take into account the current ‘tone’ of the show, whatever one deems that to be. These are just who could embody what the character means, and/or who could bring something new and interesting to the character. 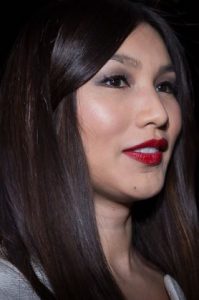 Gemma Chan. I think Chan could bring a very different flavour to NewWho, especially after the rather erratic characterisation of Whittaker’s Doctor – perhaps peaceful, melancholic, with a subtle edge. Probably unlikely, but would certainly be fascinating, and unlike any Doctor before.

Bradley James. If you’ve seen Merlin, you’ll know him as King Arthur. A stoic Doctor would bring a nice change to proceedings.

Nabhaan Rizwan. If you’ve seen Informer or Industry, other BBC shows which are worth your time, then you’ll recognise Rizwan. He’s got the looks and the acting chops – and perhaps some young blood is what the series is crying out for.

Andrew Scott. Who wouldn’t want this? From Sherlock and Band of Brothers to Fleabag and His Dark Materials; his resumé makes him almost too well-qualified for the role. Scott could certainly bring some much-needed gravitas to Doctor Who. 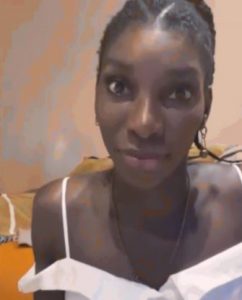 Michaela Coel, another favourite to take over.
Image available on flickr.

Michaela Coel. Of Chewing Gum and I May Destroy You fame, Coel could play on some aspects of the Doctor we’ve not been privy to before. Something which I think Chibnall wanted to explore were the less human and more ‘alien’ parts of the Doctor – Coel would be perfect.

What do you think? Who would be your line up for the next Doctor? Let us know your thoughts below!