Doctor Who ‘The Zygon Invasion and Inversion’ – Masterful political undertones or a step too far? 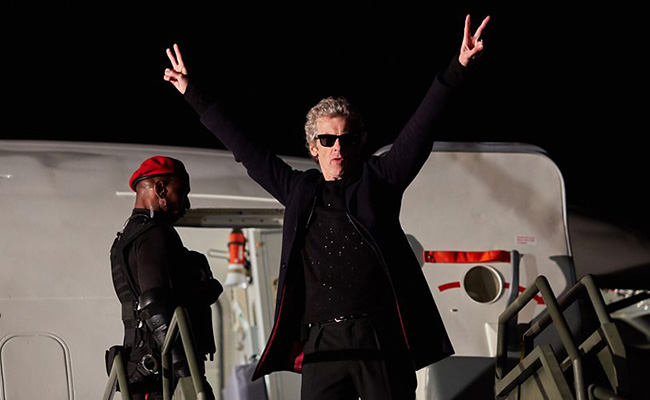 For those of us who still watch Doctor Who post-Tennant, the latest two-part installment was quite something. But exactly which flavour of ‘something’ is up for debate depending on your taste in metaphors. Episodes 7 and 8 ‘The Zygon Invasion’ and ‘The Zygon Inversion’ feature the shapeshifting race the ‘Zygons’. These are aliens capable of mimicking the appearance of another creature via telepathic connection. This more intimate form of camouflage even allows these creatures to shift into people found in the memories of a proximate individual. This ability made the Zygons worthy adversaries in the 50th anniversary special ‘The Day of the Doctor’, an especially useful trick when your true form is essentially a big red blob. If you remember, this last episode ended in peace talks between the Zygons and UNIT (UNified Intelligence Taskforce). These were orchestrated by the Doctor when he made both mimics and humans forget which side they were on with a dose of amnesia. However, the premise of the new story is that this delicate cease fire is breaking down. Earth currently has a situation where it hosts 20 million Zygons who have been given new, peaceful lives, albeit unbeknownst to most humans. This is where the political commentary thuds in. An extremist Zygon splinter group with black, white squiggle-covered flags has started executing people and are attempting to seize control. Sound familiar to anyone?

This splinter group wants to ignite all-out war with the humans so to live unbound by the stipulations of their host planet. However, as is chanted at us about twenty times by The Doctor, this group are radicals and not all Zygons wish to join the fight, one stating “I just want to live here, I just want to live.” As if this didn’t sound familiar enough, the Doctor has the added problem of stopping UNIX from dropping bombs on the Zygon training camp located in fictional ‘Turmezistan’.

So really the question of what sort of ‘something’ this episode is can be resolved to whether you think this episode represents masterful social commentary with a powerful contemporary message or patronising, leftwing peddling, about as subtle as a klute quaddie. As with any question worth debating, the answer is obviously ‘a bit of both’ leaving us to tease out the precise balance between the two.

Was this stimulating and intelligent writing?

Well, in many ways, yes it was. The dialogue between the characters, particularly the Doctor and rebel villain Bonnie, was shrewd and well-placed. The concept of the ‘Osgood box’ was also a particularly elegant scenario. As with Osgood herself there actually two boxes. Box 1 contains two buttons: one to kill all Zygons and one which detonates a bomb underneath London. Box 2 also contains two buttons but one unmasks all Zygons for a few hours and the other leaves them in permanent human form. Both sides know that the Osgood box keeps the peace but not how, and certainly not the putative assignment of each button. Capturing the risk and cost of war like this really rather powerful: “This is a scale model of war. Every war ever fought, right there in front of you”. The Doctor’s (or Moffat’s) message being that when you simplify war it becomes obvious that the risk is too great, that talking is the only real option and talk the Doctor does. Peter Capaldi’s performance was spectacular and heralded by several online reviews as his best yet. His words holding us transfixed as the Doctor talks, averting war and potential genocide through speech, empathy and forgiveness. Better still, the punch line was that the boxes were empty. Mutually assured thought, rather than mutually assured destruction, was ultimately the keeper of peace.

Was this an appropriate and well-pitched allegory to contemporary events? 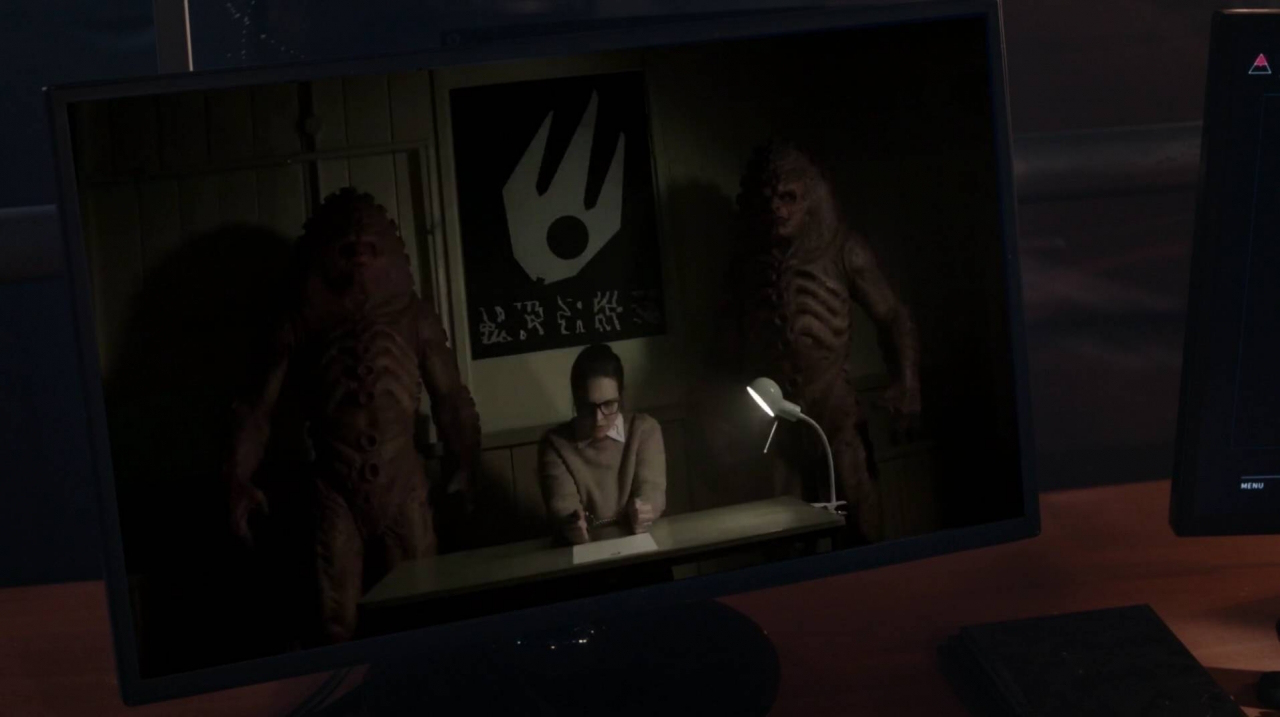 I think the first point is that these episodes are very shallowly allegorical. The radicals clearly mirror the Islamic group Islamic State and the situation of Earth hosting Zygon-kind is representative of Europe’s migrant crisis. The Zygon group’s flag epitomises this bluntness very well; it is almost identical to that of Islamic State. However, it would be short-sighted to simply put this down to crude writing – this is a deliberately obvious projection. Steven Moffat and co-writer Peter Harness (the guy who wrote the terrible ‘Kill the Moon’ episode) are not just using current affairs as a loose premise but a stark and almost inviolate scaffold. The writers are being unashamedly political and I must admit, this makes me uncomfortable. Normally when the Doctor preaches uncompromising pacifism, it is benign idealism but when translated to complex real world problems it risks becoming patronising and tactless. In an interview with the Radio Times Moffat assures ‘’I’m not suggesting that it’s a political deconstruction of the way things are, but it’s a decent framework for discussing it in” however, I’m not convinced by this playing down of the political commentary. A storyline where extremists radicalise youth on deprived council estates, post execution videos online and most significantly, down a plane, cannot distance itself from opinion that easily. This last event in particular has drawn criticism from viewers due to the recent downing of the passenger plane in Sharm El-Sheik, allegedly by IS. Furthermore, the second episode aired shortly before Remembrance Sunday; although clearly a tribute to the pain and cost of war, I feel it came far too close to belittling the reasons to go to war “You’re all the same, you screaming kids, d’you know that?”.

Putting the question of whether it was right of the writers to create ‘a decent framework for discuss[ion]’ to one side, there are some final points to take away from this. I think the Doctor was written pretty true to his character in regards to his approach to the Zygon crisis, a pacifist through and through. As previously mentioned, his message of unity in the face of divisive forces is very powerful, especially considering the subsequent terrible attacks in Paris. This, combined with the redistribution of refugees through Europe and the fear of returning, combat-trained European Muslims, feeds an increasing environment of suspicion and intolerance. It will be interesting to see whether, in the face of such massive social challenges, more programs will begin to exert their opinions on such matters. Although specific statements like “don’t bomb them, you’ll radicalise them all” are probably a bit too politically involved, household television programs exploring peace and tolerance can only be a good thing. That said, personally I would prefer it if Moffat and Harness maintained a more detached and vague approach to real-world issues – light-hearted fictional programs are best left so. Masterful political commentary maybe but also a step too far.