Child Genius – A Problematic Competition with a Dubious Prize

Channel 4’s Child Genius returned to our screens this week with its sixth series of the competition, run in association with Mensa. Exceptionally clever children aged 8-12 are selected to compete against each other in a series of highly demanding intellectual rounds with the ultimate prize being crowned ‘Britain’s brightest child’. After six hour-long episodes this week, I still fail to understand what the contest itself actually achieves. What is evident however, is that Channel 4’s focus is not the young contestants themselves, but rather the ‘helicopter’ parents who appear to devote their lives to coaching their children in order to win the ‘ultimate’ title.

Describing Saturday’s final as intense would be an understatement. The episode begins with the contestants in the green room, mentally preparing for their most competitive rounds yet. Even in the last few minutes before their children take to the floor, the parents cram in as much ‘hot housing’ as possible. One beaming father exclaims, ‘We are so close we can taste victory!’. 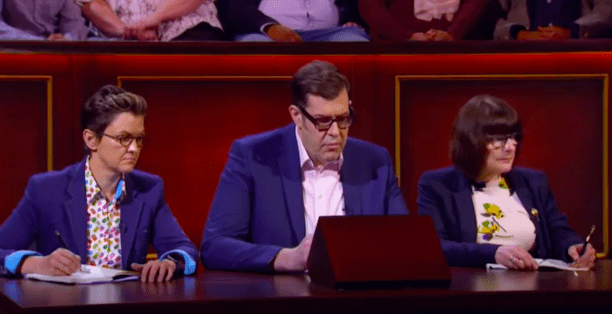 There’s noticeably frequent use of the word ‘victory’ in this show. Contestant Ishal’s uncle, Amram, reveals he makes 2000 flashcards to coach his niece and maintains a strict study schedule in the days leading up to the competition. With a ‘Team Ishal’ badge proudly pinned to his top, he explains, ‘My victory in this competition would be if she wins’. He adds,

‘If she was to win and bring that trophy home, I would struggle to find something else in my life that would beat that’

This statement is hugely problematic. Amram, an Oxford graduate with 26 GCSEs, admits that he cannot imagine anything more glorious in his life than his niece winning the competition. Moments before Ishal takes centre stage in the specialist subject round, which tests the competitors on a topic of their choice at degree level, he affirms ‘My target is 18’. 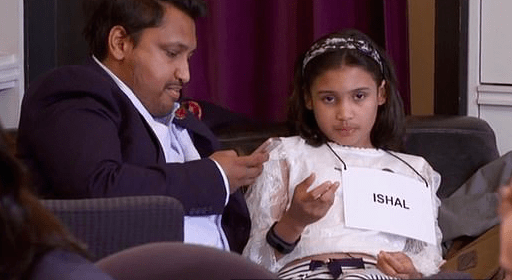 It is alarming that the contestants, aged only 8-12, are put under such pressure to achieve. When Ishal scores 12 points, placing her in joint second in this round, I could not help but feel infuriated by her uncle’s response. ‘Oh well’, he despondently mutters to her mother sitting beside him.

Up next is 11 year old Gar Jun, whose mother expresses an even unhealthier attitude towards success. Her strict study regime faced heavy criticism from viewers last week for only allowing her son three-minute ‘breaks’ from studying. His father is as equally strict with his son, and tells Gar Jun in an earlier episode that his ‘only’ option is to win the title. Even when Gar Jun is knocked from the competition, his dad underlines that the hard work has only just begun for his son. He says, ‘the next target he is going to aim for is Oxford’. I feel for these children – if we can use the term ‘children’ for it seems they aren’t being allowed to experience childhood at all. And all for what? A title that essentially means nothing. How can a quick-fire buzzer round be an accurate means of testing who is the brainest child in the country, especially in an age category so broad as 8-12?

To me, this show promotes so many wrong messages. The nature of the contest pushes parents to put their children under extreme and unhealthy pressure to essentially ‘over-achieve’ which consequently encourages unhealthy competition between contestants. Seeing children placed in such a stressful environment being pushed for perfection by their parents truly highlights the growing issue of ‘millennial burnout’.

A problematic competition with a dubious prize. After the culmination of the series on Saturday, it’s clear to me why they chose Richard Osman to present this show – it’s absolutely Pointless.