Brute Power vs. Mental Strength: The Island and Gender Stereotypes 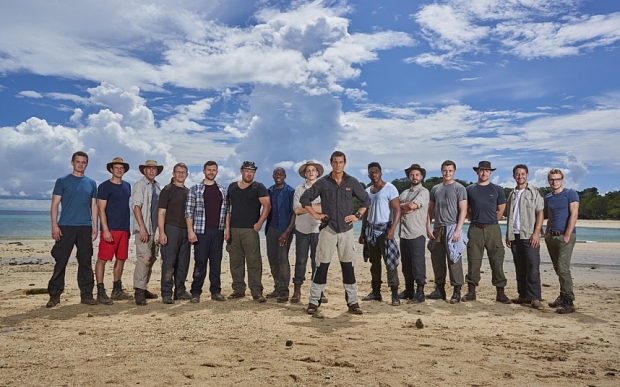 Despite being an incredibly popular show, The Island with Bear Grylls is never far from controversy. Earlier in the series the show was criticised for allowing the men’s group to kill and eat an American crocodile – a species protected under the Endangered Species Act. Last year the show was criticised for reinforcing gender stereotypes by only allowing men to participate. This year, in an effort to combat this, a women’s island was established. However, even the introductory sequence of each episode continues to suggest that men have “brute power” while women have “mental strength”. The two groups remain separate but are kind of in competition with each other as their efforts are broadcast on successive nights. But does this comparison and competition reinforce gender stereotypes or subvert them?

The idea of the show is to test whether, stripped of the luxuries we enjoy in modern Western society, men and women can survive by returning to basic primal instincts. We find out a bit about why the different contestants entered the show – mostly to try something different and to escape the mundanity of their lives at home. However, for some the change has been too much. By the third week, 6 contestants had left the island – 3 men and 3 women. In the men’s group, Paul and Joe were first to leave, with Joe confessing, “I’m a happy man. I want to be a happy man with a tube of Pringles and a Mars bar.” Andy left not long after, having failed to settle in on the island. The other men were not impressed, with Vic announcing that they were, “Unbelievable spineless wonders.” In the women’s group, Jade left first, saying, “I could do it but I don’t want to.” Kate was severely homesick, leaving in week 2. Fran did show strength, staying on the island despite collapsing as a result of dehydration. However, when pneumonia set in she decided that she was a burden on the group and left. Bear’s helpful hints pointed out that there will always be a low point in such a survival situation, and it seems that the men and women have reacted similarly to this challenge.

Let’s be honest – the men are doing better. Despite struggling at the start, they found a source of water reasonably quickly. They have hunted successfully as well – an iguana, a crocodile and lots of fish courtesy of Vic. Despite hungry moments, they have proved resourceful. The raft built this week is a demonstration of this, despite its subsequent destruction on the rocks. The girls on the other hand have been next to useless. Their splitting into two groups left them separated for days, and their total inability to navigate had them wandering in circles in a vain attempt to find water. When they eventually found water, it was an unreliable source which had dried up by the next day, and Lauren had the boiling water canister explode all over her arm. Not only were they inefficient at finding water, but their adoption of the piglets Sage and Onion demonstrated a total lack of survival instinct. Although they eventually gave in and killed the pigs, it took much too long, and resulted in excessive weeping. 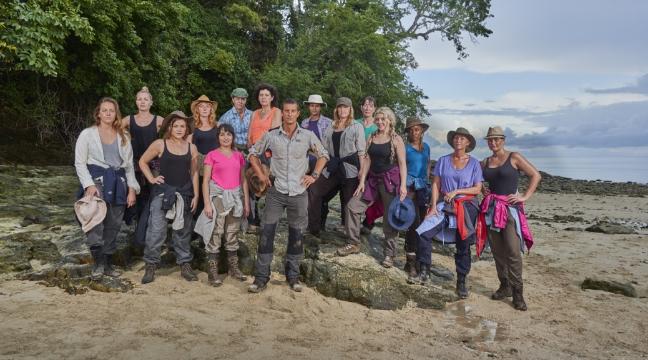 Just a pretty face? The women prepare to ‘man up’ in their fight for survival.

While the overall men’s group are doing better, individuals stand out in both camps which dismantle the gender stereotypes we expect to see. Lauren in the women’s group is the strongest participant. She has held the group together with her strong will, was first to step up and kill Sage and Onion to provide essential food for the group, and quickly got over her burn, not letting it get in the way of her contributions to the group. On the other hand, Kyle in the men’s group is incredibly useless. He has been avoiding manual labour, and has regularly been caught giving his feet a pedicure rather than helping with the jobs essential for survival. These individual personalities which dismantle gender stereotypes are what the introduction of the women’s island was designed for – to prove that women are just as capable as men in this sort of challenge.

While most of the women are useless, they haven’t turned on each other yet, and they could come out on top simply as a result of being a better team. Vic, despite being the best hunter in the men’s group, is causing serious divisions. This week he went on strike, announcing that he had done enough for the group. He also took into Sam for doing too many ‘easy’ jobs like cooking. These divisions could end up weakening the men’s team. However, the men left seem likely to last until the end. The women on the other hand are less dedicated. Jaime is a vegetarian, and said she wouldn’t eat meat unless absolutely necessary – a real problem when that is all that is available on the island. The group’s attachment to the piglets also revealed their lack of immersion in the experience, and that they needed to be given assistance when they couldn’t start a fire shows that they are much weaker.

Overall, the show is reinforcing gender stereotypes. The underlying message of the comparison is that men are strong while women are smart. Although not specifying which is better, such a divide is old-fashioned. Even keeping the two camps separate is unnecessary. However, in allowing women to participate there is some movement forward – maybe next year Bear will let them mix and admit that sometimes women are strong, and sometimes men are smart.