BBC Weekend Dramas – Worth a look?

Weekend dramas on the BBC are designed to bring light entertainment for all ages. Beginning with Robin Hood in 2006, the shows increased in popularity. Arguably the most popular, Merlin, lasted 5 series culminating in a double-episode Christmas special. The Musketeers is nearly through its second series, while Atlantis is due to return in Spring this year. The shows attempt to fill in the gap left when Doctor Who finishes, but they never really succeed at living up to this standard. Aside from young families, most people would probably now prefer to use Netflix on a Saturday night and watch a show that is actually good quality television with well-designed storylines and character development. Despite this, the shows have some merit, and can be reasonably enjoyable as light entertainment. In this article we have looked at the two current BBC dramas, Atlantis and The Musketeers, and also at Merlin, arguably the best effort of these dramas to date, looking at what we enjoyed, what was questionable, and whether they can compete with recent high-quality dramas.

This drama, set in the mythical city of Atlantis, follows heroes Jason, Hercules and Pythagoras on a series of adventures where they battle against various monsters, gods and demigods from Greek mythology. The first few episodes are a worthwhile watch, with the jokes surrounding Pythagoras’s triangle obsession and Hercules’s lack of physicality providing light entertainment, and the mystery surrounding Jason’s past holding the viewer’s attention for a while. However, as the series progressed it began to decline in entertainment quality – storylines became more forced and the big questions remained unanswered. The lead character of Jason turned out to be incredibly boring, and really it got to a point where I didn’t care why he had ended up in Atlantis. The saviour of the show is Hercules, played by Mark Addy. He is the real big name in the cast, having played Robert Baratheon in Game of Thrones. He provides a pragmatic voice amidst the unrealistic heroism of the other characters, and is the main source of comedy. Pythagoras is reasonably likeable, but once you get over the initial, “I get it,” in relation to the triangle jokes there is very little depth to his character. The second series was split into two parts, with the second part due to air in Spring this year (see the trailer below for a look at what is in store). However, the decline in popularity of the show in the second series has meant that there are no plans to continue into a third series.

The Musketeers is the most recent weekend evening drama from the BBC, first airing last year and currently in its second series. Featuring the Musketeers Athos, Porthos, Aramis and D’Artagnan causing all manner of carnage about the streets of seventeenth century Paris, the show follows the evil plots of the Cardinal played by Peter Capaldi through most of Series 1. The show has enjoyed good ratings, in no small part due to Peter Capaldi’s usual masterful performance as the ‘Baddie’. The boyish charm of the gang adds a bit of antihero to the usually squeaky clean protagonists of BBC dramas but in the same breath treads dangerously close to making the characters unlikeable. Furthermore, the later showing time of 9pm is probably for the best as the scenes are riddled with sexual references and low-level violence.

The Musketeers is certainly worth a look but the second series has been rather underwhelming and has from suffered recycled and dragged out plots. Compounding the issue, Peter Capaldi’s role as the new Doctor Who saw him vanish from the show with a very brief and boring explanation that he died of ‘old age’. Personally we rate this show above the bore-fest that is Atlantis but far below that of classics such as Merlin and Robin Hood. We can only hope The Musketeers either gets its game face back on or dies of old age like the Cardinal. 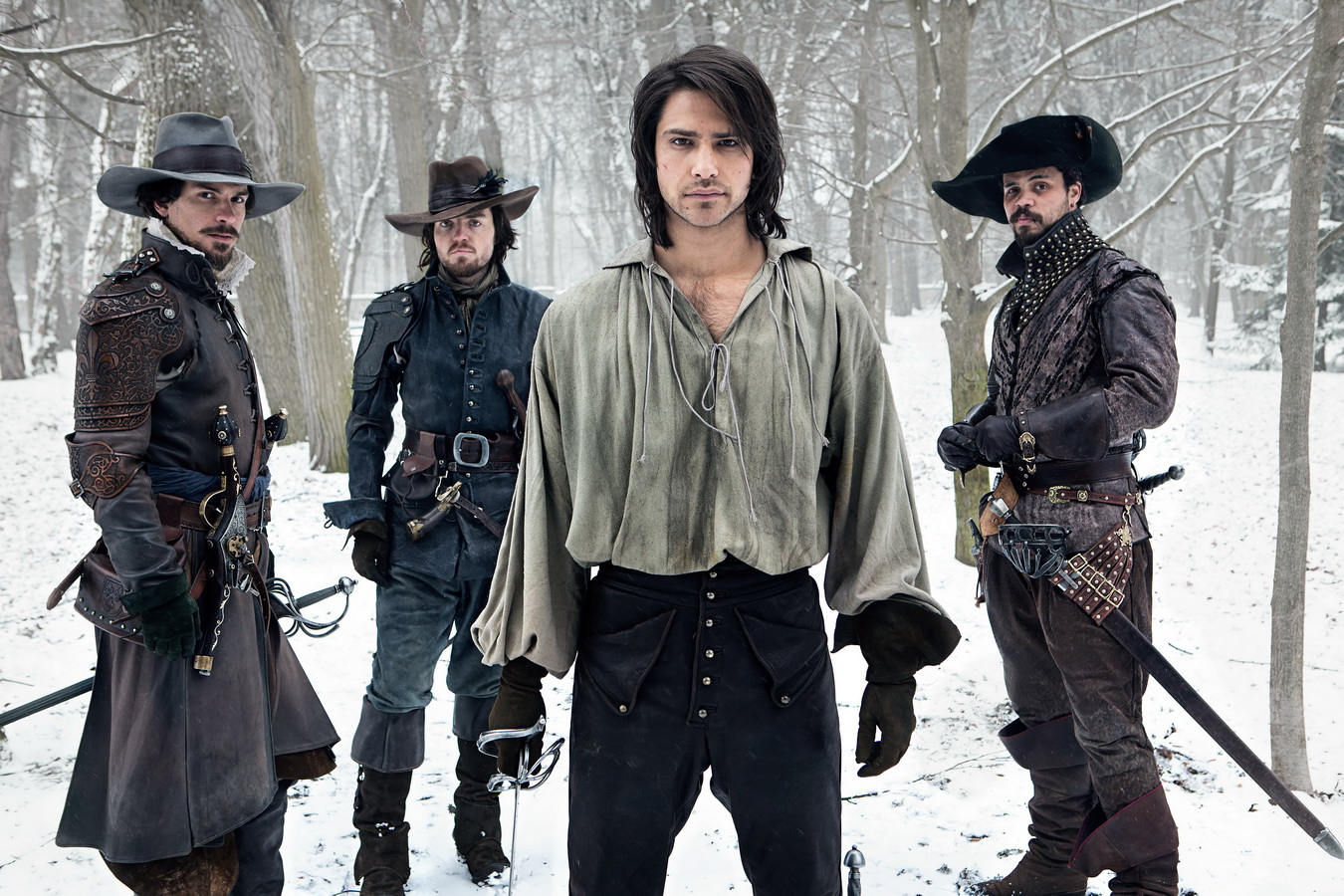 The Musketeers – Lads on tour.

Merlin was another classic Saturday night BBC drama managing four years and five series between 2008 and 2012. The show was based on the infamous tales of King Arthur and his knights of the round table along with the young magical prodigy Merlin. Merlin, played by Colin Morgan, strives to save Camelot and his friend and future king Arthur (Bradley James) from the magical and human perils whilst concealing his great power.

Whilst not the most intricate and thought provoking drama – lets remember its young target audience – Merlin was a fun, cheeky show with likeable characters and reasonably decent special effects. Merlin and Arthur’s asymmetrical friendship as servant and boss lead to some quite witty dialogue, even verging on banter. The only criticisms of Merlin are those associated with most young audience dramas: the predictable save-the-day episode finishers, corny jokes and lack of intelligent plot. Much like Doctor Who, we would recommend revisiting this for easy watching, feel-good pick-me-up atmosphere but like we say, don’t expect a work of art. 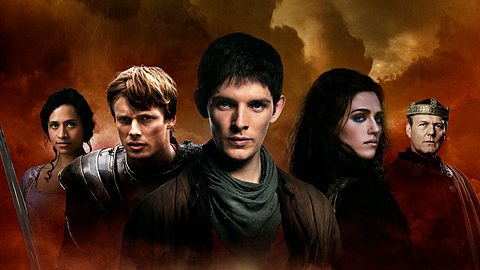 Merlin – The best of a bad lot.

Overall, the BBC weekend dramas are not up to the standard the modern spectator expects. The Musketeers and Atlantis are really only there to fill a gap in the BBC schedule, and aren’t really worth watching unless you only have access to the 5 ‘terrestrial’ channels. Merlin was a much better effort, and is worth going back to. However, in comparison to other shows on the BBC and elsewhere, such as the BBC’s Sherlock, weekend dramas leave a lot to be desired. If only Doctor Who had a huge stock of quality episodes so that Saturday nights on the BBC weren’t reduced to low-budget, low-quality, all-age shows which ultimately don’t meet anyone’s expectations.