State Champs have blown up over the last few years. Since 2010, they’ve gone from self-releasing their first EP, to touring with rock giants, A Day to Remember and New Found Glory, before finally becoming pop-punk royalty in their own right. From their first album, The Finer Things, hitting the shelves in 2013, the Albany-born boys have enticed more and more people to their shows through releasing pure, unadulterated pop-punk classics. Their latest album, Living Proof, was released on June 15th this year, an album that gained high praise from critics across the music scene; 4.5 stars out of 5 from Overdrive Magazine, for example. On Wednesday 24th October, State Champs swapped New York for Newcastle’s Northumbria Institute, with support from Woes, Stand Atlantic and Seaway. 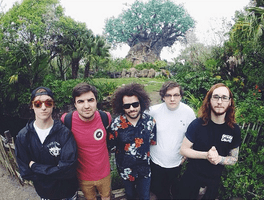 Woes, a small Scottish four-piece opened the show, with all the gusto and edge that you would expect from a band just starting to break into the big leagues. Given how far they’ve come in the last two years, I think it’s fair to say that they are destined for a very bright future, and if the response to their biggest hit to date, Worst Friend, is anything to go by, it won’t be long until they’re selling out venues as headliners.

Stand Atlantic were up next. One word: impressive. You’d be forgiven for thinking this was their show given the reception they got when they walked on stage. Everything you could want in a pop-punk set was present during this performance: a really strong drum beat, demands for circle pits, and a guitarist who clearly gained inspiration for his onstage antics from Fall Out Boy’s Joe Trohman in the Thnks Fr Th Mmrs video. Stand Atlantic’s debut album Skinny Dipping was released two days later, but this doesn’t stop the crowd screaming back lyrics to Lost My Cool, a song for “anyone who’s been f****d over”, in the words of front-woman Bonnie Fraser. As the only woman in any of the bands on the bill, she proves that if you want a job done right, definitely get a woman to do it.

The final support act was Canadian-born Seaway, a band who’s performance falls flat. It appeared to be a classic case of trying too hard and getting ideas above their station. It’s always worrying when the lead singer comes out in a Hawaiian shirt and sunglasses, rocking a moustache normally found on a police officer in a 1980s cop drama set in the Deep South…and carrying a tambourine. Yes, really, a tambourine. It feels as though one of two things needs to happen: one, they need to have a serious word with the lead singer about style, or two, they need to continue as a four-piece. The major issue is that, as good as the band is musically, the dance-moves and bum-notes from the apparent singer detracts from the whole set. The consistent demands for circle pits and crowd surfers also mean any kind of momentum is lost from the performance, leaving most of the audience ready for their last song, Lula on the Beach, which I think it could be argued is better as an acoustic number on Spotify’s Punk Unplugged playlist.

Luckily, State Champs save the day. They open with Criminal and Frozen, from the aforementioned new album Living Proof, but you wouldn’t be able to tell. They are polished, tight, and clearly ready to let everyone know what State Champs are all about. It’s clear that not everyone had heard the new album, because as soon as they play Losing Myself from the 2015 album Around the World and Back, there is a noticeable increase in angry finger pointing; a clear sign in the pop-punk world that you’ve won the crowd’s approval. Last time the band were in the North East, they played a tiny 600-capacity venue called ThinkTank, but they’ve definitely earned their place on this bigger stage. If you needed proof for that, all you had to do was wait until Derek DiScanio has the whole crowd wrapped around his little finger during a solo acoustic performance of a sickly sweet love song If I’m Lucky. It’s a song which, if it were sung by Ed Sheeran, would definitely be chosen as the perfect song for a first dance. After this brief slow in tempo, the band are back on stage rattling through hit after hit, whether it be golden oldies like Easy Enough, their more famous singles like All You Are is History, or new fan favourites like Dead and Gone. The crowd demands an encore (as every crowd always does) and the New Yorkers oblige, leaving their best 2 songs till last. They start with the song that broke them into the pop-punk hall of fame, Elevated, which sees a torrent of people flinging themselves at the stage and in the process nearly killing a member of security. Just when you thought that was the best the band could do, the boys head straight into Secrets, a song that could (and should) be defined as an anthem of the new wave of pop-punk, up there alongside A Part of Me by Neck Deep and No Good by Knuckle Puck. As the lights come up and the band goes off for the final time, we’re all left sweaty, tired, disappointed that we’ve missed the last train, but certain that it was worth it. ‘I’ve got more secrets than you’ll ever know’ DiScanio boasts in their last song. I think the one everyone really wants to know, is how this band keeps consistently producing such crowd-pleasing music, and how they keep getting better and better every time they come on stage. If they keep it up, this band has the potential to sell-out arenas, and I’m in little doubt that they will become one of the biggest bands in the world. 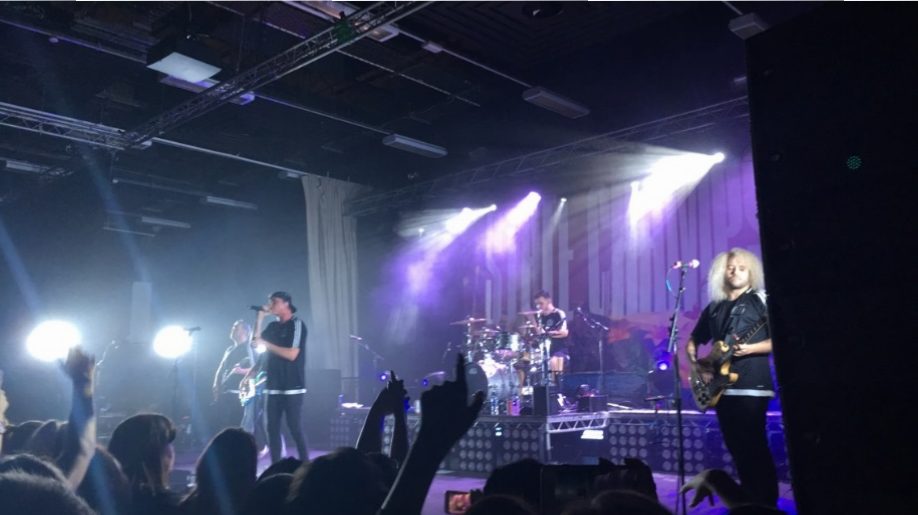