Should we “lump” all black artists together during Black History Month?

Black History Month (BHM), as you all know, is a month about black celebration. It is symbolic of the influence that black people have had on many aspects of society, ranging from activism to literature to music. For the purpose of this article, I will be focusing on the influence of black artists / bands on the music industry, as we see it today.

If you had to think of a black artist off the top of your head, who would you name? Would it be someone contemporary or someone from the past? Would you straight away name Aretha Franklin and start singing R-E-S-P-E-C-T or would you name Stormzy, referring to his Music of Black Origin (MOBO) awards? You may argue this to be subjective, all depending on who you listen to and what genres you are interested in. But nevertheless, even if you dislike the work of Stormzy, meaning that you don’t listen to him, you still know of him, as an artist. Therefore, when forced to think of a black musician or band, there is a plethora of people you could list, recent or not.

I want to know – why do we seem to “lump” black artists together?

Each of these artists that fall under the category of ‘black artists’ are different.  Musically, they will use different instruments, sing in different ways and influence genres differently. Ignoring their musical careers, each of these artists are different in their own right – they have their own childhood, their background and their heritage. So why do we find it necessary to put them together in a labelled collective? Perhaps it is due to history. The history of the black community, in which, in some sense or another, they all share. By labelling them as ‘black artists’, I believe this is not meant in any means, as a way of reducing them – boiling them down only to their skin colour. Rather, by placing these musicians in this category, I believe, we mean no harm. We want to celebrate them together – as a united group, rather than being divisive.

However, by lumping black artists together, it suggests that each and everyone one has the same background, same nationality and even, the same experiences, which stem from their skin colour.

But, as we know, there is nothing further away from the truth. 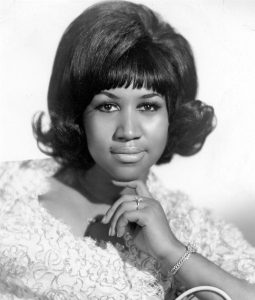 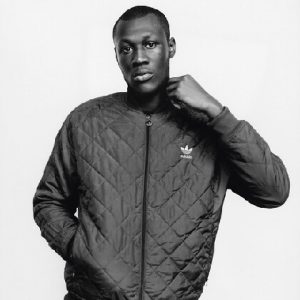 Aretha Franklin, a ‘symbol of black pride’, an African American woman growing up in the 1940’s, definitely had a different experience from other black artists, such as Stormzy, who is a Black British man, growing up in the 90s. This comparison emphasises my point – no two experiences of black artists will be the same. Perhaps, there will be similarities, but this does not mean they have identical shared experiences.

You could argue that we place all black artists under this label, due to how they express their experiences. Aretha Franklin’s music became ‘anthems [which reflect] the growing militancy of African Americans in challenging racial oppression’. Aretha used her own experiences and background, which thus altered and affected her perspective on music. If we tried to remove her black heritage, her music would be completely, even radically, different to what it is.

This is true, not just for Aretha, but for many others. Dave, a black British rapper, has also used his experiences, relating to his skin colour, in his lyrical verses. This is shown through his well-known album, Pyschodrama. This album received a Mercury Prize, making him the 7th Black artist to win the prize since 2000 and a Best Album award at the Q awards. In this album, Dave expresses his black heritage and the stereotypes which come with this, in the song Black. He raps about how society and the media have treated the black community, preying on stereotypes which have negatively represented their community. This reveals that as a black man, with Nigerian heritage, growing up in London, Dave was faced with hatred, not of his own fault, but because of the ignorance of those who discriminate against the black community.

‘A kid dies, the blacker the killer, the sweeter the news, and if he’s white you give him a chance, he’s ill and confused. If he’s black, he’s probably armed, you see him and shoot’  – Black by Dave

Following on from the idea that no two people will have the same experience, Dave shares this view in an interview he did with The Guardian. He stated that the song represents ‘[his] experience’. Yes, perhaps, there may be overlaps with one’s experiences and another. However, as a “community”, there is a plethora of different ‘races and dynamics within the race of black’, thus Dave’s song cannot seem to be taken as a universal for all black people.

It comes down to the individual. We are all different. We have different lives, thoughts and passions. I could even go so far as saying we are made up of different DNA – I think you get my point.

I believe that an answer to my question of why we seem to lump these artists together, comes down to ease. We want to celebrate all black artists – not just say black British artists or black Jamaican artists, and so forth. Therefore, arguably, it is easier to place all artists who fall under the category of black, despite their differences, to make it easier to celebrate their work and all that they have achieved.

In no means do I believe it is “wrong” to place these artists under this header. However, we cannot take this to be it. We must recognise that these artists are individuals, who have different experiences, which are all equally valid.

‘Black is beautiful, black is excellent. Black is pain, black is joy, black is evident.’ –  Black by Dave