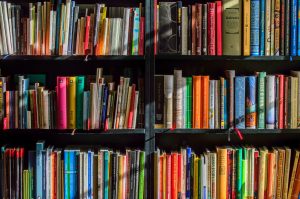 ‘Shelving’ doesn’t mean the chance of seeing the film is gone forever, though. It could take decades. In 2012, George Sluizer’s thriller Dark Blood was screened to a private audience in the Netherlands and premiered in Berlin the following year. The film is forever incomplete, as its star River Phoenix passed away during production in October 1993, forcing production to shut down the next month. The version released twenty years later includes Sluizer’s narration of key missing scenes Phoenix was unable to film. The film received a wide release in Japan in 2014, and can be bought in DVD format around the world. In 2014, Dale Wheatley uploaded Don’s Plum – the infamous flick barred by and starring Leonardo DiCaprio and Tobey Maguire, shot over a few days in 1996 – to his website alongside an open letter imploring his former friends to halt their embargo of the film. The upload was taken down by DiCaprio and Maguire in 2016; the pair have now been blocking the film’s release for over twenty years. Though technically still unreleased, a full copy exists on YouTube with the description ‘posting because leo and toby dont want it seen.’

So while not every shelved or in-development-hell film is eternally lost, there are some recent films that seem to be heading that way. Here are four movies slated for 2017/2018 releases that will probably never see the (legal) light of day. Boasting a cast of Johnny Depp, Amber Heard, Billy Bob Thornton, Jason Isaacs and Cara Delevingne, this adaptation of Martin Amis’ 1989 murder mystery novel hit a snag when director Matthew Cullen sued producers following its small industry-only premiere in Toronto in 2015. Cullen, as well as the audience of potential buyers and critics, had seen a cut of the film he had not signed off on, and producer Chris Hanley was accused of being someone “who isn’t known for respecting the director’s vision much.” The producers then sued Cullen and star Amber Heard, accusing them of altering the film’s script without permission, to which Heard then counter-sued claiming an infringement of a nudity clause in her contract. IMDb still lists the film’s release date as 2017, but considering we are now a whole calendar year later, the lawsuit hell, its negative reviews at its disastrous Toronto screening and the restraining order and domestic assault charges between stars Amber Heard and Johnny Depp, it is unlikely this film will ever find its audience.

I Love You, Daddy Reading its summary, it feels like this film was destined to be doomed regardless of who it starred or who it was written and directed by. Chloe Grace Moretz portrays a 17-year old targeted by a shady 68-year old filmmaker played by John Malkovich, a premise that seems as out-of-touch with the headlines that would take over Hollywood in late 2017 as you get. The cherry on top was that the film was directed by, written by, and starred Louis C.K. The film’s New York premiere was cancelled ahead of a report of C.K’s sexual misconduct by The Hollywood Reporter and distributor The Orchard severed ties with the film following its theatrical release cancellation in November 2017. C.K. bought back distribution rights in December 2017, but any sort of wide release is unlikely. This one technically can be seen as awards screeners of the film had already been sent out before its cancellation in November, and chances are these illegally leaked screeners will remain the only way to view this film anytime soon. 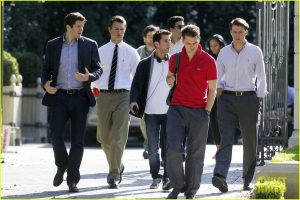 A little more speculative on this one, but James Cox’s Billionaire Boys Club seems to have been on the rocks for a while. Filmed back in December 2015, the film’s impressive young cast of Ansel Elgort, Taron Egerton, Jeremy Irvine, Suki Waterhouse and Emma Roberts have been mute on the project for a considerable time. Alarm bells really started ringing in November 2017; star of the movie Kevin Spacey was cast out of Hollywood following his sexual misconduct accusations, leaving this concerningly titled film already without a release date for two years, without any official stills, without a poster and without a trailer even more in limbo. (Presumably expensive) reshoots had already taken place in November 2016, and considering any project with Spacey is unlikely to move forward – just take a look at the millions of dollars Ridley Scott spent to reshoot All the Money in the World within a month of its release date with Christopher Plummer replacing Spacey – this project may be one that’ll end up costing more money than it’s worth should they make the move of replacing Spacey and reshooting entirely. Another Kevin Spacey project slated for a 2018 release, this Michael Hoffman biopic of writer Gore Vidal was in post-production over at Netflix when the allegations against Spacey were revealed in November 2017. Along with its refusal to air any future episodes of House of Cards starring Spacey, Netflix took a strong stance and outright cancelled the release of the film. It’s hard to imagine any other company attempting to buy this film out from under Netflix. Unlike the other films on this list that may receive a quiet release somewhere in the future or an illegal leak, the unfinished nature of this project makes it unlikely to ever be seen by those outside of the editing room.