Let’s just get over these strikes… 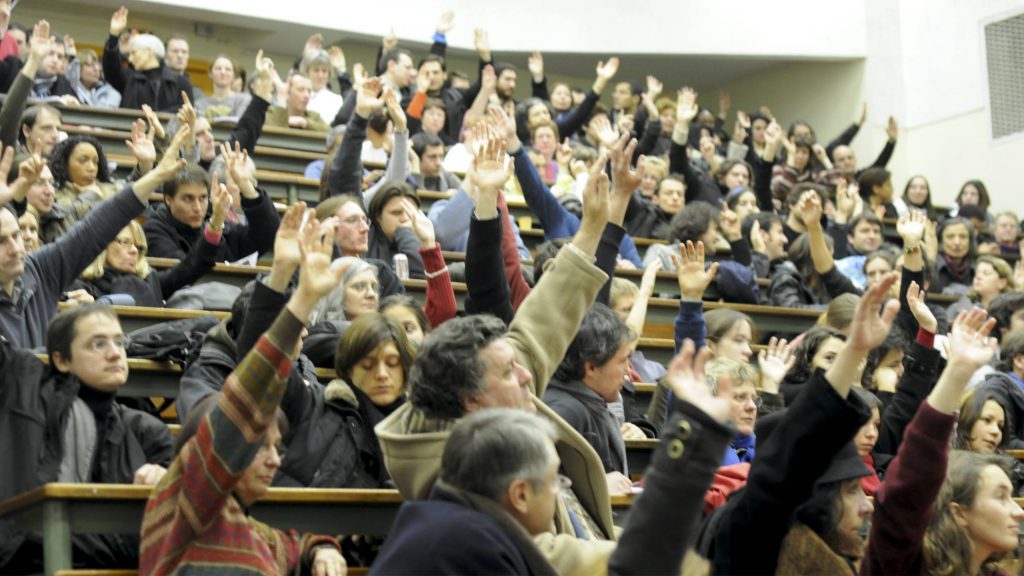 Get your pitchforks out and light your medieval torches; it’s time for another series of vexatious strikes. Just when you thought your lecturers and tutors had had enough of dithering about in the cold shadow of Elvet Riverside or the Billy B, armoured in gloves and bobble hats, forcibly thrusting leaflets at the uninterested speed walkers of Durham, they decide that they want to do it all again. And this time, for twice as long.

Alas, I’m certain that we can all sympathise with their cause. Disputes over increased pension costs, workloads and working conditions seem to be the motivations behind this decision to temporarily halt doing absolutely any work. Naturally, we can all relate to these problems; just as they are losing money towards their pension funds, we are losing thousands of pounds on undelivered tuition; just as their working hours may be increasing, student workloads are sky high during this summative season and the lack of water fountains in university buildings could certainly make a case for poor working conditions.

So, what should we do? I’m sure everyone is aware of the circulating online petition for compensation which, even if it gains a significant number of signatures, will probably have as much success in achieving its goals as the first round of strikes evidently did. Multitudes of Durfess posts suggest bombarding higher-ups with emails or handwritten letters yet, it is likely these will be brushed off in the same dismissive manner that Trump turned his back on Pelosi’s outstretched hand. Whilst we can tear up our summatives and lab reports in riotous protest like they’re the State of the Union Speech, there are far more enjoyable ways to use the expensive free time that has been unexpectedly bestowed upon us.

Unless you’re a STEM student because most of your lecturers won’t be striking.

With Durham’s own saviour, DJ Dave, reopening the Mecca of Northern night clubs which is Jimmy Allen’s, this striking season is the perfect time for all you hibernating final year students who have recently been confining themselves to level four of the Billy B, to pull on their Klute boots and hit the slippery stairs of Wiff Waff. With the promise of cancelled 9am’s, suddenly spending eternity queuing in Paddy’s during the early hours just for pizza that looks like it’s been sat on, seems somewhat endurable.

Also, with the strikes knocking students down a good, few weeks of costly tuition, there’s nothing stopping you from trading the bitter cold of Durham for warmer shores. Stop wallowing and whining about the strikes and why not get yourself a holiday- that’s basically what this is for our tutors, right? Maybe just don’t jet set to China, Japan, Hong Kong, Singapore, Thailand, Taiwan or Malaysia. We don’t need another hazmat suit on site setting suspicions spinning.

On second thoughts, since we’ve recently regained our island status in its entirety (EU passport anyone?), why not use the gift of time that these strikes have given us to travel a somewhere a little bit closer to home: more specifically, home? There’s nothing better than escaping the totalitarian authority of college enforced ‘meat free Mondays’ for a home cooked roast dinner, or leaving the baron fast food landscape of Durham and indulging in twenty chicken McNuggets and an apple pie. Food is always the way to the heart, and home is always where the heart is.

So, whilst these strikes may strike a chord of fury within you (and trust me, you’re not alone), there are plenty of ways which we can distract our distraught selves from the copious amount of tuition fees that seem to be sapping away from us. There’s nothing better than ignoring the ever-increasing mound of catch-up work looming in the wake of these few weeks off and instead enjoying the deceptive freedom of illusory free time… unless you’re a STEM student.