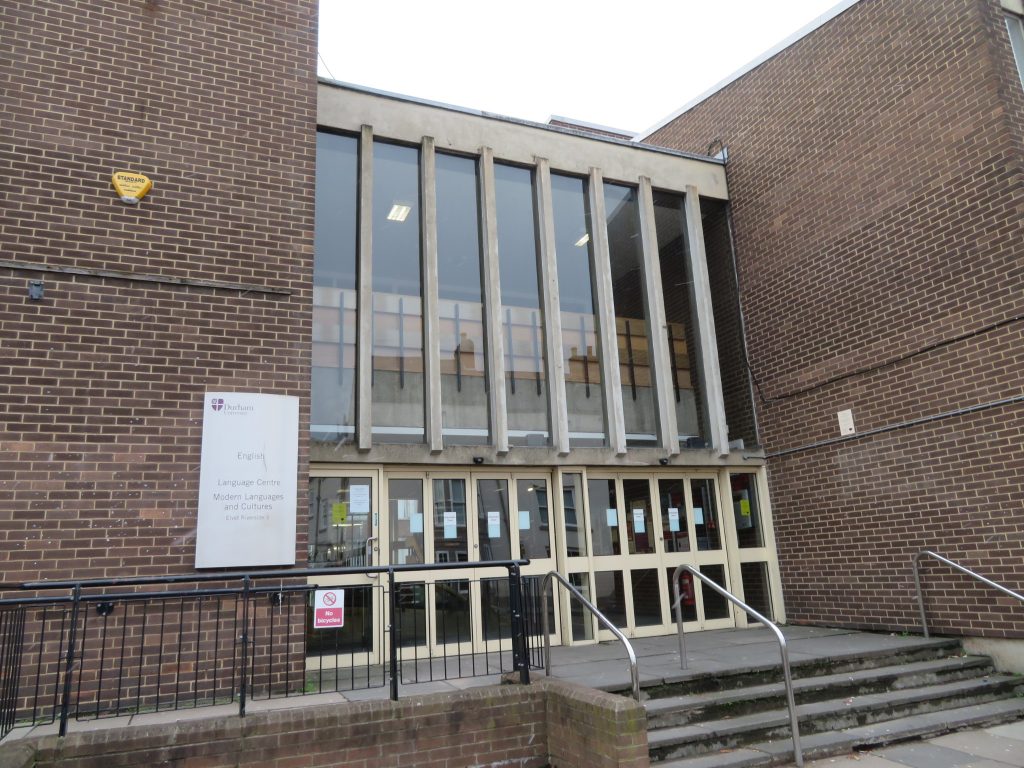 The results of a recent poll have confirmed that Elvet Riverside is the favourite building of students at Durham University.

Faced with fierce competition, Elvet Riverside emerged on top in a surprise outcome, beating out other strong contenders including the Bill Bryson Library, the Calman Learning Centre, and University College’s castle.  The city’s cathedral was named as a favourite when the poll began, but was disqualified early on in the voting process when it was discovered to have infiltrated the options as it is not, in fact, owned by the university.

“I’m thrilled with the result!” Stella Lernin, an English Literature finalist told us.  “I’ve spent so much time in Elvet Riverside.  I’m glad that people are finally appreciating it.  I particularly like how dark the classrooms are and the fact that the room numbering doesn’t make any sense.  And the heating in each room is always exciting – you never know what temperature you’re going to get.  There are just so many quirky features to discover!”

“It’s the only building I’d been in on the poll,” admitted Noah I. Deer, a first year Modern Languages student.  “Well, I went to the library once in Freshers’ Week, and the Freshers’ Fair was in the DSU, wasn’t it?  Does that count?”

Other students we interviewed seemed less pleased with the result.  “It’s just a joke,” said Arnie Dadrink, a second year mathematician.  “Mary’s bar wasn’t even one of the options on the poll.  It’s ridiculous – everybody knows that it’s the best bar in Durham.  I don’t even know where Elvet Riverside is.”

Meanwhile, a group of Engineering students have begun a petition to have the poll rerun, on the grounds that it did not include Kingsgate Bridge as one of the choices.  The poll creators argued that a bridge does not constitute a building, but the engineers were quick to point out that Kingsgate has been awarded Grade I Listed Building status and doesn’t deserve to be so tragically ignored.  The petition has already garnered 263 signatures in the 24 hours that it’s been online.

Following the announcement of the results, a university spokesperson told us: “We were pleasantly surprised to learn that Elvet Riverside is our students’ favourite building in the university.  We might have spent a lot more money on recent building projects at the Mountjoy site, but as one of the best Arts and Humanities faculties in the country, we’ve always made sure that all our students are equipped with the best possible resources.  It’s good to know that the student body appreciate our efforts, and it just goes to show that you can’t beat 1960s architecture.  We’re pleased to say that Elvet Riverside is a modern classic.”

Despite the controversy over the unexpected result, the poll creators have stated that they are delighted to have helped shine the spotlight on ‘one of the university’s most underrated buildings’, and they are currently preparing to install a plaque outside Elvet Riverside to commemorate its unusual and momentous victory.