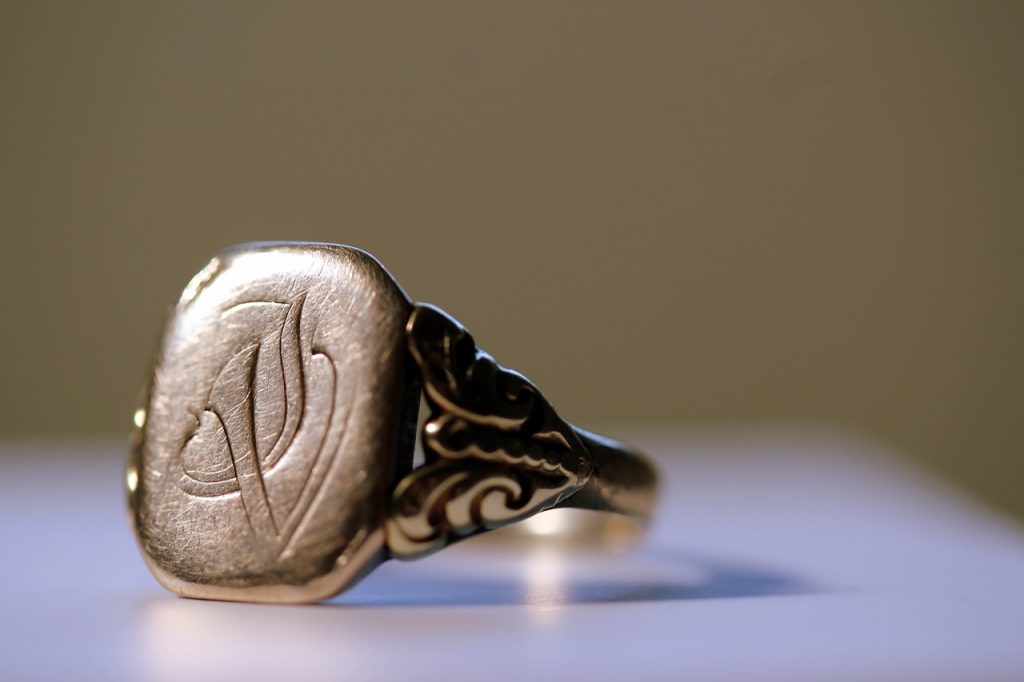 The mysterious case of the signet ring.
Image credit: Lolame at Pixabay. https://pixabay.com/photos/ring-signet-ring-gold-man-initials-3067820/

A Durham finalist provoked laughter and bemusement yesterday when they were overheard asking their friends, “What’s a signet ring?”.  The question elicited expressions of disbelief not only from the group of people that the finalist was with, but from those at neighbouring tables in the pub around them.

When the laughter had stopped and the student’s friends realised that the question was genuine, the group were quick to react.

“How have you spent three years in Durham without finding out?” asked one of the group.  Given the demographic of Durham students, and the number of signet rings seen worn by such students in Durham, the question seemed to be a valid one.  The finalist wondering what they were must be one of the few people to have completed a degree in the city without learning.

Another friend was more helpful, offering an explanation: “You know those rings that you see guys wearing?  Normally the guys wearing red chinos or whatever?  That’s a signet ring.”

“Those things?  That’s what all the fuss is about?” the first student asked.  “I thought they came from a cracker… or, like, some society membership token, or whatever.”

One student at a neighbouring table appeared to be particularly offended at this, first covering up his hand and then slamming down their empty pint glass and marching out of the pub, followed by a group of young men who also all appeared to be wearing red chinos and the rings in question.

Signet rings are a type of ring traditionally associated with family heritage.  Originally, they bore the family’s coat of arms and were used as an authentic seal when pressed into soft wax.  Although this method of sealing correspondence has been rendered largely unnecessary by the advent of adhesive envelopes and the Industrial Revolution, a substantial number of men and women still enjoy wearing the rings, often as a family symbol.

A Bubble reporter, who was at the pub while this conversation took place, spoke to the finalist later that day to get their opinion on the revelation.

“I always thought it was something to do with the Swan and Three,” the finalist, who wished to remain anonymous, said.  “You know, some sort of loyalty thing.  A reward if you buy enough drinks in there.  So many people talk about them that it sounded like it had some sort of mythical status.  That’s the only reason I’ve spent so much of my final year in the pub – I was trying to get one for myself.  I was so disappointed to find out it’s nothing to do with drinking.  I guess I’ll have to find another souvenir for the time I’ve spent in Durham.”

As disappointing as it may be that the popular pub, the Swan and Three Cygnets, does not offer out “cygnet rings” as a loyalty reward, this conversation certainly proved that Durham goes on providing an education to its students, even when their final exams are over.