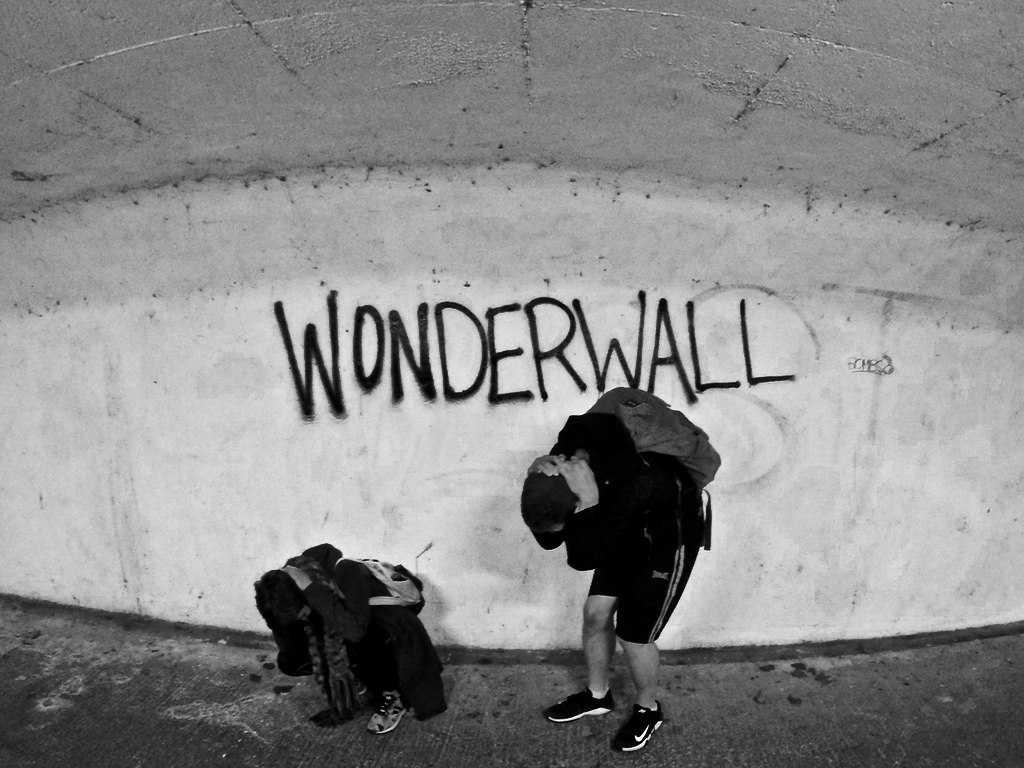 Students suffering from the effects of the transmission. Photo credit: Caroline Steel

Hello and welcome to this emergency broadcast, this is the Bubble.

Mass hysteria in the City of Durham as local systems failure results in widespread transmission of ‘Wonderwall’ by Oasis via all available devices. Audio technicians scramble to mitigate fallout from what is being called one of the most disturbing aural phenomena in modern times.

Adding to the chaos, transmission of Wonderwall by Oasis is not simultaneous: that is, every iPhone, PA, Bluetooth speaker, radio, computer etc. start and stop the song at random intervals in various places and at arbitrary volumes. In this way, acceptance of an Oasian fate is impossible without a more thorough subliminal understanding of the temporo-spatial logic of the song. In other words: Resistance is futile.

In times like these the public looks to its leaders. However, county council members once expected to be a voice of reason in a sea of acoustic mayhem no longer seem to be coping in their civic duties. Several members including mayor Councillor John Lethbridge himself have been spotted in Market Square performing techno trot covers of the hit track. Several birds have since fallen from the sky and perished, but most of them were seagulls so, in the words of biology student Andrew Harrington, “It’s all good.”

Across the city residents scramble for silence. Durham University third year Mallory Davis took refuge in the Bubble’s definitely real and not imaginary recording studio, one of the only soundproof rooms in Durham not completely overrun with those now being referred to as ‘sound refugees.’ We took advantage of her self-imposed captivity to ask a few questions.

“I mean, of course I had heard it in the clubs before, hasn’t everyone,’ she laughed nervously. “Towards the end of the night, beer on the floor and hopelessness in the air, it all seemed so harmless then. Something the gang could sing along to that wasn’t Calvin Harris, Mr Brightside, or the latest chart-topper heart-stopper…” Davis trailed off in reflection before we started to play Wonderwall on the studio speakers and she resumed in a panic. “At pres, in fresher halls, on badly tuned guitars – hell, in coffee shops from time to time! I could deal with that! But this…” She shook her head. “This is too much. Beyond me. The End of Times. Too great for mere mortals.”

Davis was more lucid than most: those not sheltered within our cinder grey foam walls could find little relief. “’By now you should have somehow realised what you’re not to do?’” despaired a 50-something greying man in a brown knit sweater. “What does that mean??” 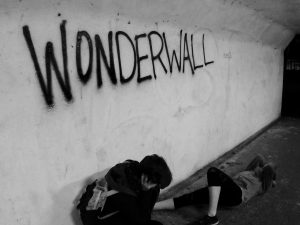 As I assemble this broadcast language itself is  breaking down. Words only have meaning in reference to Wonderwallian song lyrics. Word is on the street that the fire in my heart is out, dear reader. I’m sure you’ve heard it all before, and may never hear anything besides ever again. This is the terrible fate we have brought upon ourselves from too many nights casually listening to an earworm that had far more power than we could ever know. Rumour is that even lecturers at Durham University struggle to express ideas outside of ‘winding roads’ and ‘blinding lights.’ Jesus. There are many things that I would like to say to you but I don’t know how, I don’t know how, anymore. Because maybe you’re gonna be the one to save me,

You’re gonna be the one to save me

You’re gonna be the one to save me…