I had the privilege of being able to attend Trixie Mattel’s show at O2 Academy Newcastle on the 4th March. I have to admit, I am a huge drag-race fan, so I assumed that I would enjoy the show. Trixie’s show was funny and full of life, enabling anyone to enjoy her borderline humour, despite their drag knowledge. I arrived at my seat, with a friend, both eagerly waiting for the show begin. My friend, who has never watched drag, was curious of what the show would entail. RuPaul’s Drag Race is a well loved show that can be found on Netflix, which is where Trixie’s career really kicked off. 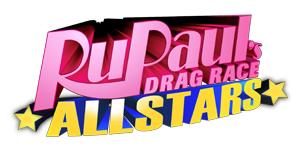 8pm arrived and the lights went dark. The first support act was on. Welcomed to the stage by cheers and an endless stream of clapping was Victoria Secret, a drag queen from Dublin. Victoria is a queen who I would describe as a funny queen. She made drag-race references, which made the crowd howl with laughter, critiquing the recent finale of All Stars Season 4. A typical drag-race act is to lip-sync to songs, as shown at the end of each RuPaul’s Drag Race episode, where contestants have to lip-sync for their life! Victoria owned the stage and made the performance original. Instead of lip-syncing a song word for word, she edited the lyrics of ‘Thank u, next’ by Ariana Grande and made it topical and funny. Victoria added words such as ‘pettiness’, ‘negative’ and even ‘Piers Morgan’, saying ‘thank u, next’ to each one. A topical theme was threaded through the whole night, relating the light-hearted performances, to serious everyday matters, such as toxic masculinity and views that are upheld by people such as Katie Hopkins.

After the applaud had quietened, Victoria Secret proceeded to get four audience members on stage, to perform their own lip-sync, battling in order to win Season 11 tickets! For any drag fan, this is a huge prize, as you would be able to watch the new season’s queens live. The contestants were given a part each from the Season 2 song: ‘Read U, Wrote U’. Each contestant performed, miming the words whilst dancing, doing the splits and even cartwheeling around the stage. As you can imagine, the audience was going crazy. The well-deserved winner was a sassy and hilarious lad, who knew all the words to Roxxy Andrews part and was able to cartwheel into the splits, in tight leather trousers.

Victoria Secret exited the stage and introduced Miss Blair – an 18 year old drag-queen. Blair had less interaction with the crowd, however, was just as entertaining. Miss Blair lip-synced to a number entitled ‘You Can’t Pray the Gay Away’. This song was rewarded laughter, due to the catchy lyrics. Many of the fans who bought tickets for the show were there only to see Trixie, however, by having support acts, other drag artists were able to showcase their talents in front of a receptive audience. I believe this is vital, as it allows other drag-queens to be seen, and not just the ones who feature of RuPaul’s Drag Race.

Like a normal concert, there was a small pause between the supporting acts and the main event. When the clock struck 9pm, Trixie Mattel was welcomed to the stage. The audience was screaming, phones in the air, trying to catch the gorgeous queen on camera.

From the outset, it was evident that Trixie knew how to own a stage.

The whole time Trixie was performing, the audience’s attention was locked onto her: looking at her bouncy blonde hair, hearing her razor-sharp reads and watching her play guitar whilst singing songs from her albums ‘Two Birds’ and ‘One Stone’, which are country/folk inspired. Some people may not expect a drag show to entail the queen singing or playing a musical instrument. However, for me, I believe this shows that the queens are multi-talented, despite the stereotype that their jobs are not ‘real’. 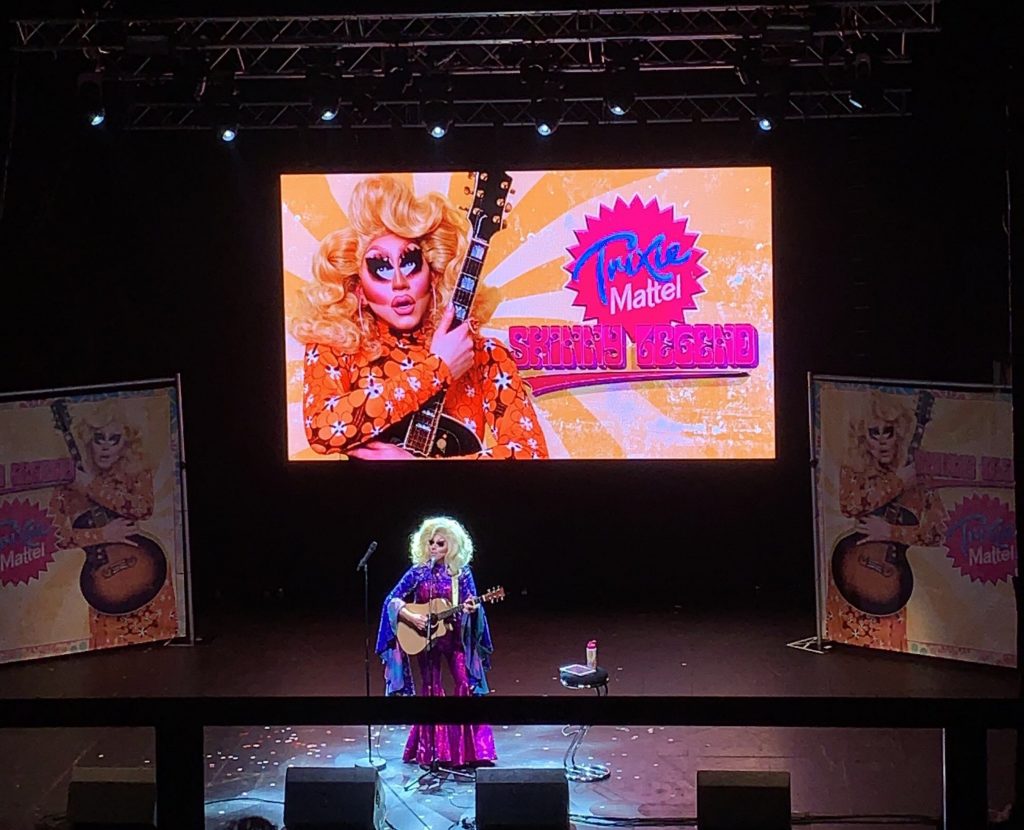 Throughout the performance, Trixie’s humour can definitely be described as borderline, creating an air of nervous laughter, but at the same time, still being funny. This is a common trait within the drag community, to make jokes and to wear outfits that are close to crossing the line. It is the same for any other comedian, just look at the work of Jimmy Carr for example on his TV show ‘Roast Battle’.

Trixie concluded the show with a well-known song in the drag community, ‘Kitty Girl’, which is the song that Trixie and her fellow queens performed to in the finale of RuPaul’s Drag Race All Stars season 3 – the season where she took home the crown and entered the Drag Race Hall of Fame.

I feel that I can speak for everyone who attended the show; Trixie created an air of energy, and placed everyone in a happy mood. The train home, I was buzzing from the vibe that was created inside the venue, which as many artists know, is difficult to create.