“We believe in one, holy, catholic and apostolic church”

Statistically, about 30% of the world’s population identifies as Christian; but not all of them the same. Traditions differentiate them as Catholic, Protestant, Orthodox, and other unaccountable Trinitarian and Non-Trinitarian sects. But what is the difference? Aren’t these all Christians after all? This appears to naïve though and should be given more than just a cursory first glance. Since the 1960s, after the Second Vatican Council, the task of the Pontifical Council for Promoting Christian ‘Unity’ has been to resolve exactly this muddle, to figure out what are the differences that separate denominations and their bounding similarities.

The PCPCU is a Catholic office that consists as part of the Roman Curia. With its history deeply rooted in the Second Vatican Council, the office enacts the doctrine of reconciliation. It constantly holds ecumenical conferences to enhance communication between the Roman Catholic and other Christian denominations. So far, in particular, it has achieved a great dialogue with the Lutheran churches. This is shown in the prospect of seeing the Roman Catholic Church ‘commemorating’ the 500th anniversary of Lutheran Reformation in 2017. 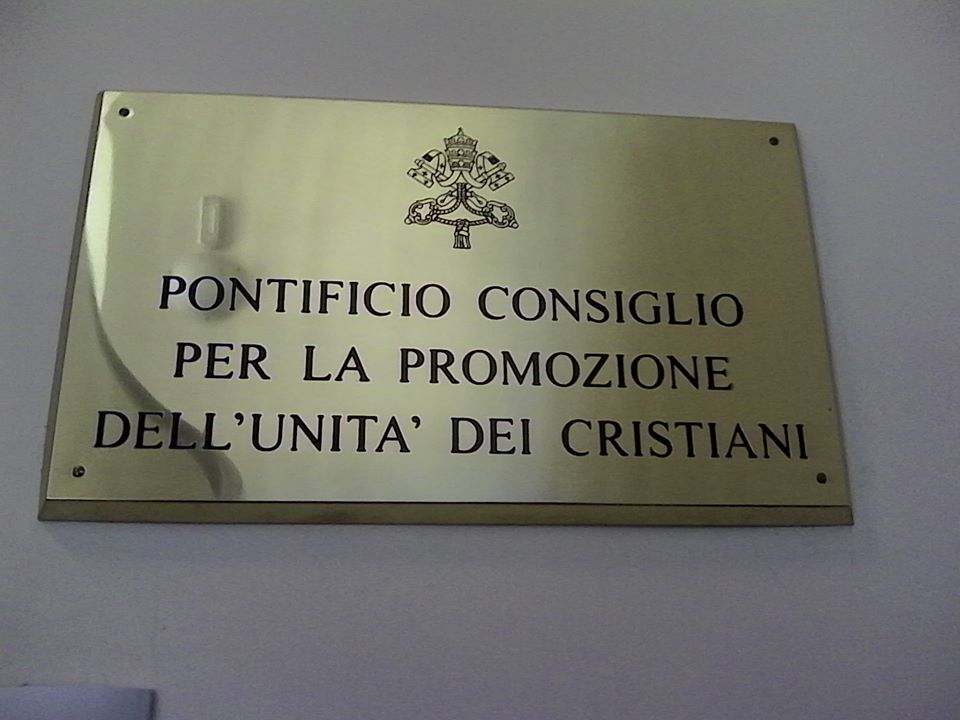 However, from the outset, it is quite easy to dismiss their manifestos of ‘reconciliation’. One can scarcely be blamed for taking that as another tourist appeal for the increasing spotlights directed unto Vatican since Francis’ papacy. Even serious theologians might consider that to be no more than a fancy bureau which can achieve no substantial ‘reconciliation’, but merely a bonus point for having a pretty name (interesting enough, the word ‘Unity’ is actually placed in apostrophes on their front door!). Because, in reality, it is not without reason that ‘Christian denominations’ is a plural noun. Theological disagreements on the issue of Eucharist and Baptism have remained different for the Calvinists and Anabaptists for centuries; and most likely the two will continue to claim their liturgical legitimacy in front of the Catholics regardless of whether there exists a Council to sooth their rebellious sentiment for the ‘Mother Church’.

There is no reason to expect an overnight change; except perhaps if miracle intervenes.

Here is a real shame: once the impression of a substance-less council gets attached, it starts to prevent people from attentively listening to its speech. It is possible that no matter how many good works they are producing, we do not give any care. Nonetheless, during our Theology Society visit to the Council in Rome back in March, a miracle did personally take place for me. My personal view was drastically changed after learning that such dialogues were taking place with Pentecostals in the Council.

The amazement came from my personal background of being a evangelical baptist who grew up in a Pentecostal setting. I know just how different the two traditions are. In my home church, the bread and wine are taken as symbolic; hymns are sung in country-style with guitars, and never a mention of the bishop of Rome in any conceivable form. But there, right within the Vatican walls, from the same voices which have taught about transubstantiation, the voice that sang the Gregorian chants, and the very one that beatified all the Saints, including the declaration of papacy, unity is being called for. That they should want a unity with the humble (or amusingly liberal) sect where I came from, I found truly shocking – therefore I started to pay attention!

After the Theology Society’s meeting with the office, I found that the doubts we have for PCPCU may be quite misled. It is too cynical to skeptically think that the Catholics are changing all Christians into THEM through promoting Christian ‘Unity’. No, that is not what they seek. They clearly know that creating clone-Christians is a failed idea in front of the live-giving Lord. They only want to ‘dine with us around the same table’.

My fellows and I broke into disagreement at this point. We could not agree on the substance of this ‘table’. For some, it feels offended to be asked to join a communion around Catholic tables. Why does it have to be a Catholic table? Why can’t it be Anglican? It is quite apparent that our debate went barren. A fruitful question to ask should be what good the gesture can bring to all the participants, but not questioning how the unity looks, since quite frankly this is something which no one can predict.

So what good can the gesture bring to the diverse international Christian community? I would say it should be able to stop the body of Christ keep suffering from its internal fractions. Here, the spiritual value might be ten-fold more obvious than any political value. But surely the benefits must be justified to the members first. Do we want a Unity? Is this Unity ontological to the proclamation of the Creed?

When pursuing a Unity, the benefit brought to us is for the members to question their long held-beliefs – beliefs that have perhaps rarely been scrutinised. How often do we accept without questioning? How often do we adopt simply because we are told to? Our traditions, our faith – are they secure because they are not questioned or because they can stand still after being questioned? Through having dialogues, what is actually going on is the examination of religious beliefs, the Faith of those who call themselves Christian. Are all the Christians same? Is the Faith united? The most fundamental question to Christian identity is now inevitably raised for international notice. Whether individual Faith and that of different denominations can survive for the union it claims to establish on earth, we shall see. But for me, the importance of PCPCU has been re-assessed to a higher regard. It is not about fluffy nonsense. It is an acceptable inquisition that examines without stirring up fear.