Questioning Philosophy: What’s the point if we won’t find the answers? 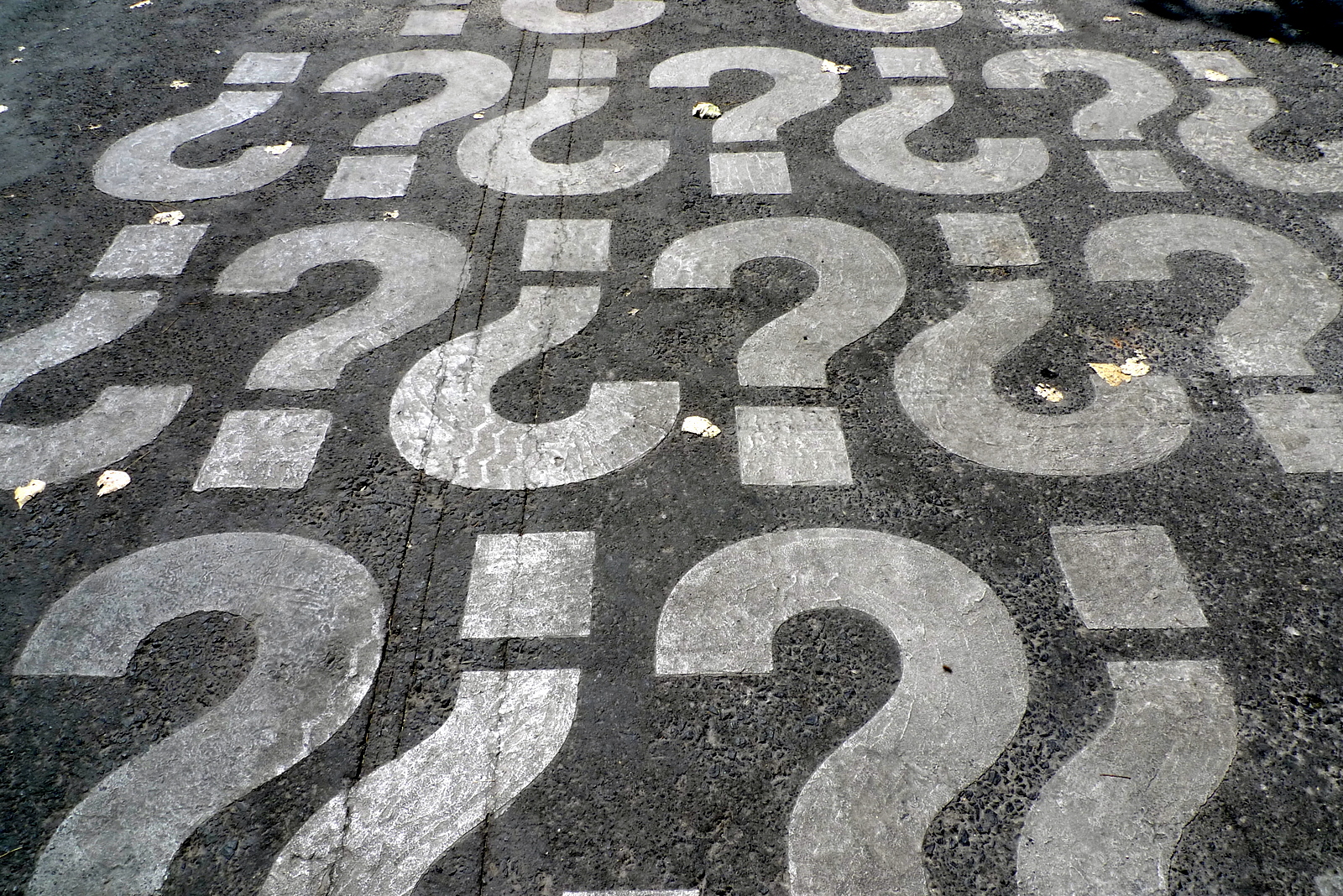 Why bother asking the question if we know we can’t find the answer?

One winter evening, sitting on a bedroom floor (sadly not mine!) at Pembroke College, Cambridge, I read the only page I shall ever read of Hawking and Mlodinow’s book, The Grand Design.

Page thirteen (as it happened to be) began well enough, listing five perennial questions: How can we understand the world? How does the universe behave? What is the nature of reality? Where did all this come from? Did the universe need a creator?

Being a philosophy student, this made me happy. But what came next did not:

“Traditionally these are questions for philosophy, but philosophy is dead. Philosophy has not kept up with modern developments in science, particularly physics. Scientists have become the bearers of the torch of discovery in our quest for knowledge. The purpose of this book is to give the answers that are suggested by recent discoveries and theoretical advances.” (2011:13)

Now, I have a whole valley of bones to pick over this. Here though, I want to reflect on two assumptions that seem latent in the passage above. They are first, that philosophy made no contribution to the the very asking of the questions concerned, and second, that the value of asking a question is negligible next to the value of answering it. What I say about philosophy should also apply to its neighbours, such as theology.

To doubt this assumption, just consider the question: did the universe need a creator? Well, what does it take to ask that? In asking whether the universe needs a creator, the authors implicitly assume that it could have one at all – a distinctly philosophical assumption about what kind of thing the universe is.

Or consider the question, what is the nature of reality? That is indeed partly an empirical question. For example, some phenomena in physics cannot be arrived at by ‘armchair’ reflection. But it is not thereby a purely scientific question, for three reasons.

Second, it matters precisely how one asks a question. If you want to understand the nature of mental reality: should you ask what is the mind? – or – very differently, what are mental properties? These questions dovetail with the relevant science, but they are not thereby scientific questions.

Third, in enquiring into the nature of reality one must delimit that reality into which one enquires. Is science well suited to investigate, for example, phenomena of interest to a mystically inclined theologian? If not, should we then conclude that the theologian’s domain is unreal – or that there is more in the world than science has dreamt of? (How, I also wonder, could any experiment test for the existence of abstract objects like numbers, functions and sets?)

There is much more to say here, but I hope that the following, at least, is clear: insofar as Hawking and Mlodinow take for granted a ready supply of pre-philosophical (pre-theological, etc.) questions for science to excel at answering, they are wrong; philosophy and its neighbours contribute heavily to our having such questions at all.

The authors’ second assumption – that posing questions is negligibly important compared with giving answers – comes through in their assertion that philosophy is dead because it has not supplied answers. Obviously, this is woefully wrong – so let me suggest three reasons why.

Most importantly, it would be a mistake to associate question-posing with ignorance. Suppose you are puzzled by patterns and regularities in the world – some (apples falling when dropped) seem different from others (my custard creams always being gone when I crave them most). What does the difference consist in? In some regularities being laws of nature, you might say. Suppose you read some philosophy, and discover that other puzzled minds have tried to explain laws as relationships between universals. So you wonder: what are universals? Now in a way, your question arises from ignorance: you do not know what universals are. But it also arises from understanding: you have connected your puzzle about patterns with the metaphysics of properties. So then, in such cases, your being able to ask a question rests on a valuable cognitive achievement.

Relatedly, it takes some sensitivity to ask a question. Before throwing a party, I should know the dietary needs of my guests – not to ask would be negligent of me: insensitive to something important. More appositely: you might think that it is important to ask what we are – what, if anything, makes us distinctively human. (Why should we be sensitive to that? See Philosophy and Religion Section Editor, Lucinda Murphy’s ) Such sensitivity is important whether we are in a position to answer our questions or not – for even when no answers are available, our questions express what matters to us.

Lastly, it seems wrong to lose interest in a question simply because we will never know its answer. Here I have in mind the sort of point that is often made to me about philosophy: you’re just arguing in circles forever, reaching no answers – what’s the point? To this query I would like to end with two responses.

First, the world as we know it is bogglingly rich and complex – so we should expect that the world as we don’t know it, is so too. So insofar as curiosity about how the world is can be a good reason to pursue questions whose answers can be found out, curiosity about how the world might be should be equally good reason to pursue questions whose answers we can’t well discover. It is a mistake, after all, to think that a question that can’t be answered, can’t nevertheless be fruitfully explored.

Second, even the business of posing unanswerable questions, and providing unworkable answers, need not be a pointless one. Consider moral philosophy as an example. Perhaps all our best (and worst) moral theories are wrong. But it wouldn’t follow that the relationships between them are less than true to reality. If a utilitarian saves two strangers instead of his mother from a burning house, a certain kind of deontologist might – in that capacity – justly criticise him, even if both their moral theories are wrong. It’s just not true that false answers to unanswerable questions can’t be useful.

All this is not, in any way, to downplay the importance and value of having answers to questions – of course it is good to have answers. But I have tried to suggest here that posing questions at all is no trivial affair, and that its value does not dwindle next to the value of an answer – even when the question can’t be answered.