Is Mathematics Invented or Discovered? 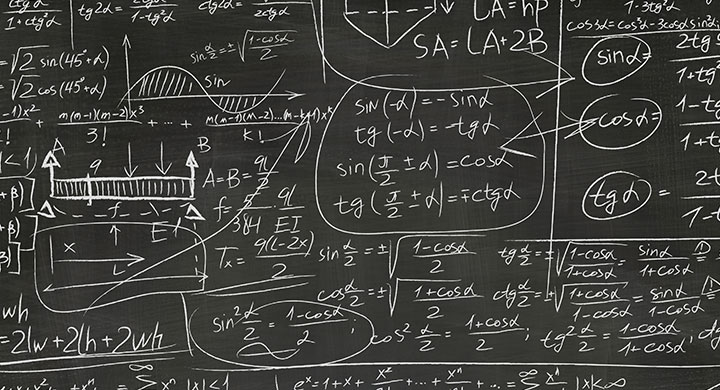 As stated by Plato’s ontological realism, mathematical entities correspond to Plato’s Theory of Forms. Mathematical entities, like Forms, are abstract, acausal, eternal and indestructible (Shabel, 2005). As existing outside of space and time, they are not part of the empirical world and are therefore only knowable a priori. Brown (1999), a Platonist, argued for ontological realism on the following grounds: π or prime numbers are not part of the physical world. Only the physical world can be experienced. Therefore, the knowledge of π or prime numbers is not a matter of experience. This does not mean that numbers are not real, however; they are just non-physical. For Brown, one cannot consider whether the sentence ‘7>3’ is true if she does not ab initio accept the existence of numbers ‘7’ and ‘3’ as already existing entities, in the form of Platonic Ideas. Similarly, Leibniz referred to mathematical entities as ‘eternal truths’ and considered monads, partless and sizeless entities, to be the ultimate constituents of reality, thus impossible to be known through experience (Hall, 1980).

Frege, adopting a foundationalist view, argued that a proposition’s apriority depends on its justificatory grounds, which depend on further propositions which, if are ‘primitive’ and ‘fundamental’ – meaning that they have no further proofs themselves – then the original proposition is a priori (Demopoulos, 1997). The above idea is based on the existence of acausal and eternal mathematical entities, which exist independently of our empirical contact with them. In fact, Kant argued that the presuppositions of mathematical knowledge are knowable without any particular experience (Bigelow, 1998), but with him being less abstract about the relation of mathematical entities to space. He considered mathematical entities to be knowable through space which is “prior to and independent of our experience of empirical spatial objects”(Shabel, 2005, p. 44). However, Kant, in contrast with Frege, did not consider space to be a noumenon but a phenomenon. Space is how our senses represent what we perceive. In this way, Kant gave rise to synthetic a priori knowledge. 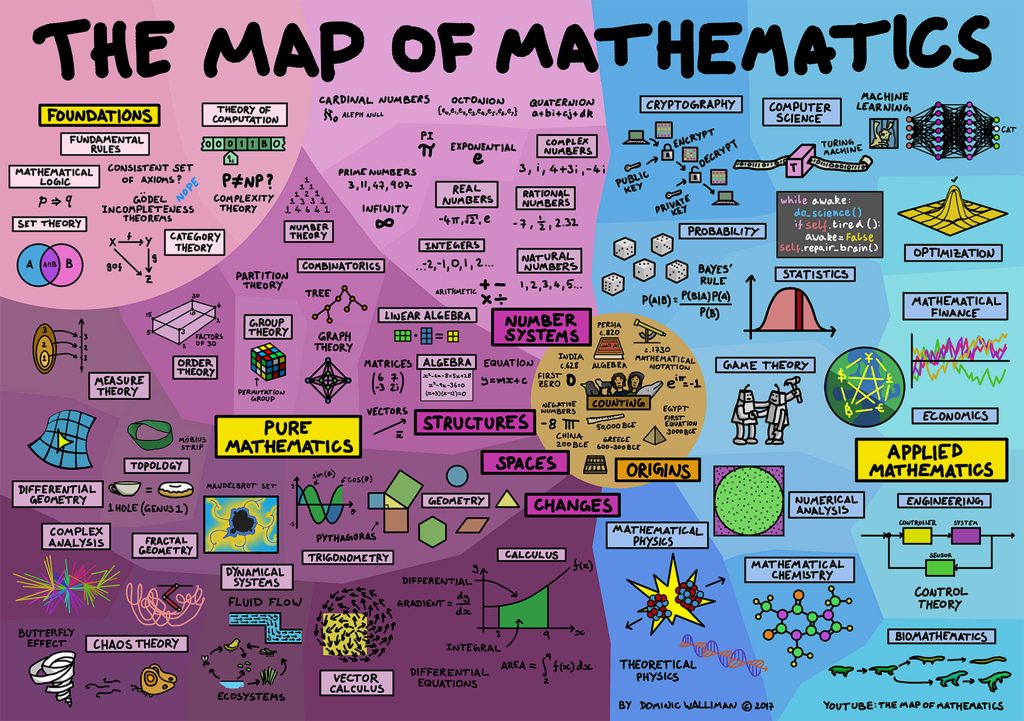 The above views have not been unquestioned however. Quine’s challenge refers to the implications of the relation between mathematics and other natural sciences. By adopting a coherentist view, Quine, in contrast with Frege’s foundationalist view, regarded beliefs to be interconnected with each other. In his view, nothing is knowable a priori because all beliefs constitute a ‘seamless web’ which only responds to sensory stimulation, thus it’s only knowable a posteriori (Shabel, 2005). The reason, Quine says, that mathematical entities seem to be a priori is that they lie at the center of the ‘seamless web’, where it is difficult to directly observe them, as they only appear to us through other natural sciences. In fact, this is the only way they exist, according to Quine-Putnam’s indispensability argument. (McDermott, 2001). However, this idea can generate a counter-argument to Quine’s ‘seamless web’. Mathematics seems to only appear to us through their representation in the physical world, and the natural sciences (Brown, 1999). Hence, adopting a Kantian viewpoint, mathematics is the underlying structure of natural sciences which become knowable through mathematics. It would be unfair, then, to merely say that mathematics and other natural sciences are equally interconnected in Quine’s ‘seamless web’. Frege’s view that there are some foundationalist beliefs in the web, particularly mathematics, which allow natural sciences to become knowable, seems more plausible.

A second objection is Armstrong’s a posteriori realism. For Armstrong, everything, including universals, is physical. Mathematical entities, and relations between them, are physical as well (Bigelow, 1998). Thus, mathematical knowledge is a posteriori. However, mathematical entities are not a part of the material world. We may use the number 12 to refer to everyday objects, but the number 12 per se is not part of our empirical world, for its existence does not depend on whether there are material entities to represent it. The number 12 in the statement ’There are 12 apples’, for example, is merely a representation of the Platonic Form of number 12. Examples of representations of extremely big numbers are the estimated number of atoms in the observable Universe (1080) and Shannon’s number, the estimated number of possible chess games (10120) (Shannon, 1950). It would be absurd and naive, however, to believe that the number 10120 ‘became physical’ and ‘started existing’ when chess was invented, but the number 10130 is non-existent since it does not represent anything in the material world yet. Therefore, since numbers and mathematical properties do not need to be represented or be applied in the physical world in order to exist, they are not knowable by experience and are only knowable a priori.

Challenges to the view that mathematical knowledge is a priori were also concerned with the fallibility and certainty of a priori mathematical knowledge. Kitcher (1983) equates certainty with apriority and argues that propositions are true only because we stipulate them to be so. But since, Kitcher argues, humans can be fallible, propositions cannot be certain and therefore not a priori. However, fallibility and certainty are not incompatible with apriority. When we refer to mathematical concepts, we are describing them, not stipulating them. Describing with ‘the mind’s eye’, as Brown (1999) calls experience which does not involve the senses, does not guarantee certainty. It is also fallible, as sense experience is. But it is describing mathematical entities that is fallible, not the non-spatial Platonic Form of mathematical entities. 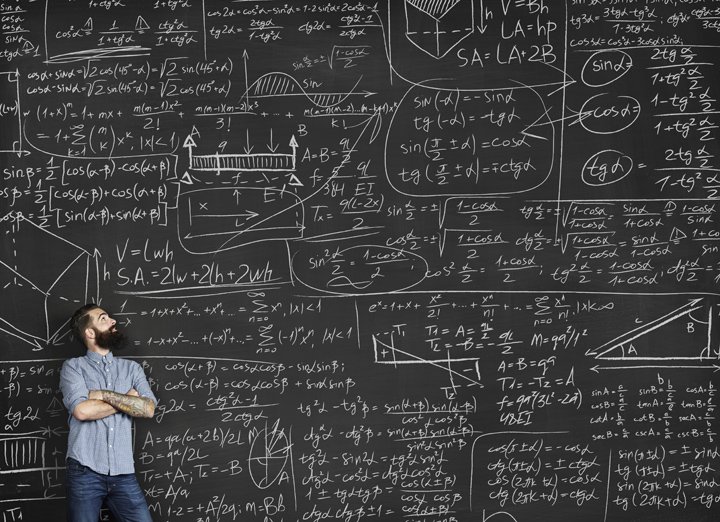 Kitcher (1983) considers that the realist idea of mathematics is one and the same with how it is applied and represented in the material world. We can falsely represent mathematics in the material world, but this does not affect their abstract form. For example, angles of a triangle, according to Euclidean geometry, always sum up to 180o. This was thought to apply to our three-dimensional material world. If we measure a triangle to be 181o we do not say that the theory is wrong, but that we have described it incorrectly (Ayer, 1964). This highlights the distinction between how we describe objects and their abstract form. Einstein’s general theory of relativity, however, showed that our three-dimensional space is spherical and demonstrated that the sum of angles of a triangle do not add up to 180o on a spherical object. This does not, however, constitute a challenge for the notion of a priori. It only shows that we can be fallible when describing mathematical entities, without at the same time affecting their apriority (Shabel, 2005). What only changes when we change our perception of mathematical entities, is how we describe them.

Furthermore, advancements in quantum mechanics may question some of our most deeply held notions, which seem unchallenged, for example that the proposition “p^¬p” is a contradiction. The principle of quantum superposition challenges this proposition by demonstrating that it is possible for an electron to be in multiple states simultaneously. The most known example of quantum superposition is “Schrödinger’s cat” thought experiment where it is theorized that the cat in question can be both alive(p) and not alive(¬p) simultaneously. Again, this cannot challenge the abstract Form of the proposition but only the way we perceive it.

Through Plato’s ontological realism, I have demonstrated the similarities between Plato’s Forms and mathematical entities: abstract, non-spatial and non-temporal. ‘Eternal truths’, as Leibniz calls them. However we perceive them or describe them to be, the eternal nature of mathematical entities remains unchanged. Frege’s foundationalist view on apriority of mathematical knowledge seems plausible as mathematics is itself the primitive entity on which other non-primitive entities, namely natural sciences, rest on. This is in contrast to Quine’s coherentist ‘seamless web’ in which mathematics is unfairly undermined and considered equal to other non-abstract and fallible natural sciences. Responding to Armstrong’s a posteriori realism it was argued that mathematical entities do not need a material world in order to exist. With Kitcher’s anti-realist view on certainty and fallibilism I distinguished between our description of mathematical entities and their abstract Platonic Form, managing, with all the above considered, to show that mathematical knowledge is not a posteriori, but a priori.

Brown, J. R. (1999). Philosophy of mathematics: an introduction to the world of proofs and pictures. New York, U.S.A.: Routledge.