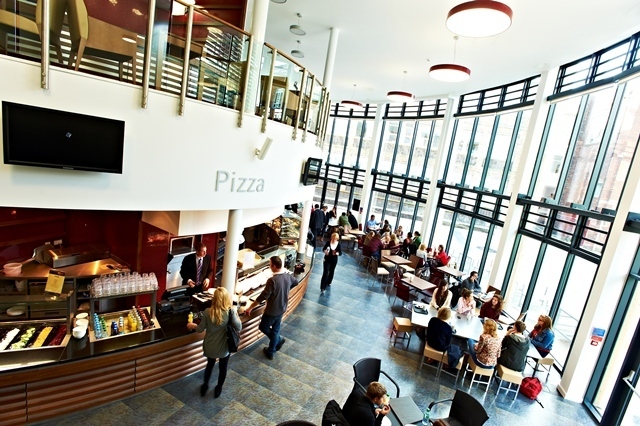 A few weeks ago, during the last week of Epiphany Term (also known as exam season warm-up period), I was having one of my usual lunch breaks at the Palatine Centre cafe. As can be seen in the above picture, the cafe has several small tables and two large tables. As I visited the cafe by myself (philosophers do have friends, by the way), I decided to sit at one of the large tables, joining a few other individuals who seemed to have visited the cafe by themselves.

Then, a few thoughts occurred to me, as I tried to question the situation of the cafe at that particular moment. Why was it the case that I thought, being there by myself, that the only place I was ‘allowed’ to sit at was one of the large tables? In contrast, why would I, if I had visited a restaurant by myself, choose to sit at one of the small tables rather than at the large table? Why does me sitting at a small table indicate that, somehow, the table is mine – preventing other people to come and sit at the table – while when I’m eating at the large table I’m only allocated the portion of the table that I’m sitting at – therefore making it permissible for someone to come and sit next to me?

One of the things I enjoy about philosophy is that it can deal with almost anything and can pose a question on almost any topic or issue one can think of and analyze it to an extent that nobody cares or understands. As with all philosophical discussions, don’t expect to find an answer at the end of the article, but bear with me for an (attempted) analysis of the above questions.

To begin, a straight-away answer to ‘Why is it more socially acceptable for an individual to sit at the large rather than at the small table if visiting alone?’ might be that: it is the case that Palatine Centre cafe, being a university cafe, and situated next to the main university library, welcomes individuals who are going to have lunch by themselves. Moreover, it welcomes groups of 2, 3, or 4 people and there are certainly more such groups than groups of 5 people or more. Therefore, it makes sense (seat-wise) that the only available option, apart from the large tables, are tables on which up to 4 people can, normally, sit. One can say, then, that small tables are ‘reserved’ for groups of 2-4 people and, thus, those who are on their own have no option but to sit at the large table. 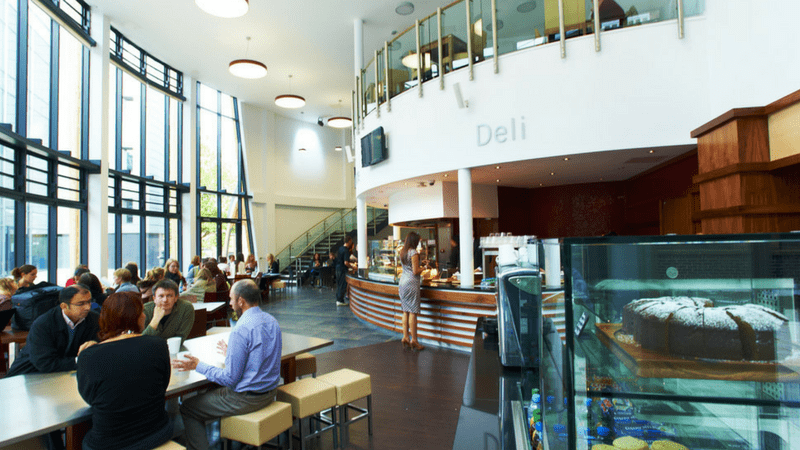 A similar situation would take place at a restaurant where an individual would not join a table at which strangers sit. Then, the remaining option, for the individual at a restaurant, would probably be to sit at one of the small tables, as it is also unusual for restaurants to have tables or space at which an individual can eat by themselves. There are, however, places, such as some fast-food chains, at which there is space where individuals can sit by themselves without taking any space intended for a larger (2+) group of people. Therefore, a ‘chicken or the egg’-style question emerges: Do people not visit restaurants by themselves because there is no place for them to sit on their own or is there no place in restaurants for people to sit on their own because people do not visit restaurants by themselves? Also, why is this not the case in some fast food chains – is it because of the preferences of people or due to the approach of the fast-food chain on the issue? These questions remain open.

Going back to the example where a group of 10 or 15 people visits the Palatine Centre cafe; I doubt that they would choose to sit on the large table. Arguably, the large group of people would either choose to join some of the smaller tables and sit as a group or split into smaller groups and sit at the small tables. This is because the large table is smartly designed so that it can host a large number of people while giving each one of these individuals a sense of privacy by granting them a small amount of space at the table which is ‘their own’. More importantly, it’s almost impossible for more than 4 people to hold a conversation at the large table as i) one can talk with ease only to the people on their left and right, and ii) the width of the table is big enough so that people have difficulty talking to the person across at ‘rush hour’ or when there are other people present. Thus, it is much more sensible that any group with 2 or more people will choose to sit at one of the small tables, given the availability, as those tables provide an easier method of communication than the large tables, that is, sitting across or at a 90 degree angle from one another rather than next to one another. 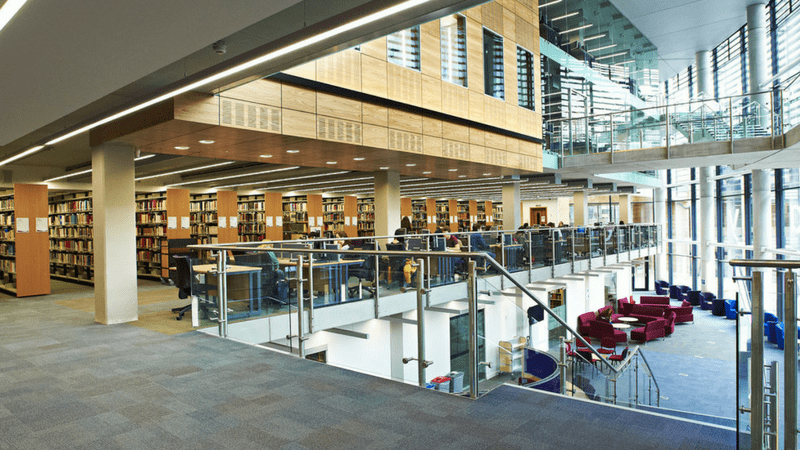 An important thing to note here is that, at restaurants, all tables have the same width, regardless of the number of people that can sit at those tables, thus making it easier for the whole group to communicate. Thus, the fact that large tables at the Palatine Centre cafe have more width than smaller tables indicates that they are to be used for a different purpose. This is something you can probably notice, at the majority of cases, in other cafes around town and even at the Bill Bryson library: an individual has more space that is allocated as ‘their own’ if they choose to sit at a large rather than at a small table and large tables at which individuals can sit as a group (and which are, thus, ‘reserved’ for groups of people) are always smaller than large tables at which a lot of individuals can sit on their own. Hence, the size and width of the large tables at the Palatine Centre cafe provide individuals with a sense of ‘alienation’ from the other people sitting at the table.

The width of the table, then, creates a ‘buffer zone’ along the middle length of the table at which nothing happens (i.e. no objects are present) and allows individuals to not feel the immediate presence of the individuals who sit across them, thereby making it possible for both sides to exist without having to interact, and without the possibility of interrupting each other’s actions. In contrast, if there is no ‘buffer zone’ between the two sides, as in the case of small tables, it is much easier for each side to ‘invade’ the space of the person across, and to feel threatened by the presence of the other person.

As Sartre would put it, the immediate Look of each other would make each individual realize that each is seen by the other – and by being seen the individual not only realizes that they are being judged for each of their actions but also that they have to conform to the expectations of the other individual (on top of any social expectations that exist, being at a public place in which the possibility of being seen is present at any moment). The fact that they do not know what the expectations of the other are, simply because they do not know what the other individual is like, makes each person even more frightened and distressful in the idea that they will have to face this situation if they choose to sit at a small table on their own.

Moreover, for all the reasons given above, an individual realizes that, by sitting at the small table, they use up space which 2-4 more people could use. Thus, whereas the individual and the group of people have the same ends, they have different means through which they can achieve their ends. The individual can, as stated, sit at the large table and achieve her ends, but the ends of the group will not be achieved fully if they sit at the large table, as explained earlier. Thus, when an individual chooses to sit at a small table, she realizes that she is potentially taking away the means available for other people to satisfy their ends, while the individual could have satisfied her ends in another way while, at the same time, the group would satisfy its ends too.

So now, next time you find yourself at the Palatine Centre cafe having lunch, you’ll have an idea (I hope) of why you’ve chosen a particular place to sit, but please don’t think of the above questions; find something more interesting to contemplate on.