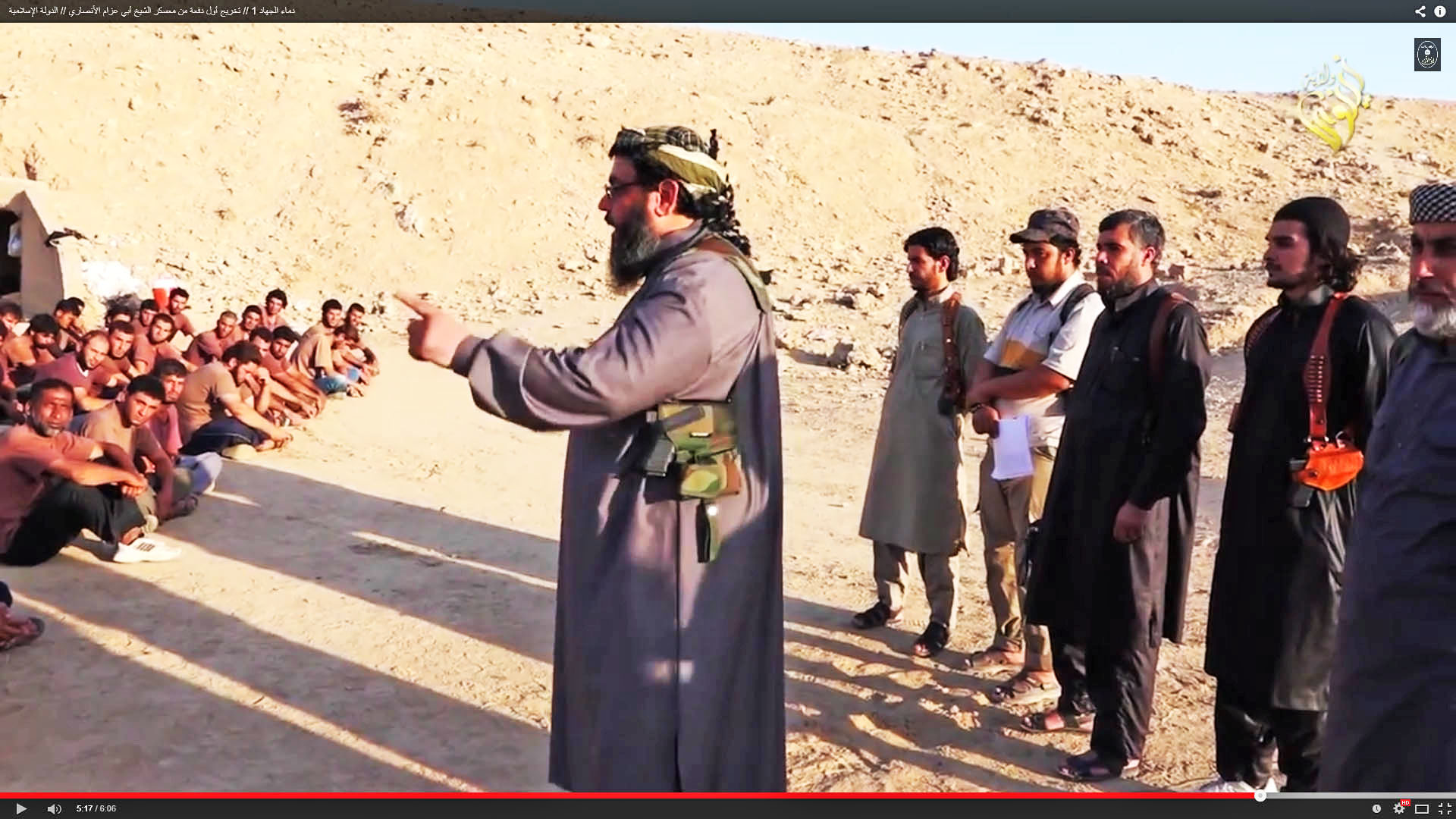 An ISIL boot camp, the regime recruits from all over the world, including the UK.

The Islamic State’s (ISIL) philosophy is more power and megalomania than it is religion. Furthermore, its means of sustenance are somewhat akin to a form of twisted and unbridled capitalism.

Perhaps the vehicle we are most familiar with in achieving ISIL’s goal of an Islamic state (caliphate) is Nazism, a model which put raw control and power before everything else, and which utilized the tools of capitalism to achieve it. ISIL seeks to couple itself with Islam with a loose confederation of the Sunni flavor of Islam, while the Nazis acclaimed the purity of the Aryan race, making it somewhat akin to a religion.

The only true precept of both models seems to be “the end justifies the means,” the ultimate end being world domination, the means being subjugation, murder and mayhem. In practice for ISIL, it has very little to do with religion or principle. Religion is a tool to exploit, to control captives, and one used to justify its barbarity toward anyone or anything not of value to them.

In a few years, ISIL has conquered territory the physical size of Belgium and controls a population the size of New York City. It keeps control, garners income, and recruits followers through fear and promise of profit for its enterprising minions.

The man behind ISIL is Abu Bakr al-Baghdadi. He is a native Iraqi, born in the city of Samarra, 50 miles north of Baghdad. You might say that he is a product of George W. Bush’s feckless foray into Iraq and the Bush administration’s mishandling of the war, including policies that helped foment civil war, torture, poverty and chaos. Most likely Baghdadi’s ruthlessness and savagery was raised to a fester in Bush’s laboratory of civil war and chaos. But of late, lessons in greed and hypocrisy are everywhere.

Baghdadi seemed to build his leadership on a bunker mentality seen in Iraq and a global media that seemed to herald war, pardoned a capitalistic greed, and practiced demagoguery among nations. This global Machievelian fulcrum seemed to justify other self-aggrandizing leaders like Putin, whom conservative leaders lauded, until only recently. Baghdadi has seemed to follow the same model of cynicism and greed, but radically stepped beyond to a savagery that copies, but goes beyond, radical Islamic countries.

Remember that Saudi Arabian Sharia law is modeled after 7th century Islam, and beheadings, crucifixions, and whippings are somewhat common, even for what we might consider minor offenses. But due to Saudi Arabia’s oil, the West has not lectured them on morality.

Now, most observers fail to see ISIL’s use of capitalism, as well, to build their empire. It helps to explain how ISIL enjoys assets worth over 2 trillion and a yearly income of billions per year. It recruits foot soldiers from all over the world with a slick propaganda that mimics global businesses and politicians on television and the internet. Like commercial messages, ISIL’s social media messages promise unity through religion and rewards of paradise and virgins.

Recruits come from familiar cities in countries throughout the world, including Bangladesh, Australia, Cambodia, the UK, Iraq and even the US. ISIL recruiters earn large salaries in using social media to promote a family-friendly ISIL image like whole families giving up citizenship to join ISIL, ISIL defeating incompetent infidels, and ISIL enemies raping women. For example, in a discreet hotel in a nearby city, ISIL recruits with a 27 year old IT expert from Syria. His tools are keyboard and maps and social networks like Facebook and Twitter.

ISIL enterprises include businesses captured through conquest and run by ISIL’s lieutenants. Only trusted captives with valued talents are allowed to live and benefit ISIL, like running acquired factories. They fly the flag of Islam but the heart of their financial operation is corporate with foot soldiers who trade for profit.

One of their main sources of income is oil and gas, transported through underground pipes or by vehicles. In Syria and Iraq, ISIL controls a dozen oil refineries. It is estimated that they sell 30,000 barrels a day smuggled through Turkey. They utilize young foot soldiers like a 22 year old girl, who, for an income of up to 10,000 per day takes a Turkish road out of Syria every night to sell oil and gas to intermediary buyers in Turkey. Vans and buses with false gas tanks, up to 50 gallons of capacity, or multiple individual “Jerry” cans filled to the brim are transported each and every day. One assumes that Turkish officials look the other way rather than stop ISIL’s selling of gas and oil.

Additional income comes from fines, taxes, the sale of stolen antiquities, ransoms for kidnapped foreigners, and private donations. Even rich benefactors from Sunni countries like Saudi Arabia have been known to contribute to radical groups like al Qaeda and ISIL.

ISIL is a new face of barbarity calling itself Islamic, more savage, more aggressive, more prosperous, and more expansive than the earlier model, al Qaeda. It is perhaps an ugly mutation that the Bush administration’s Iraqi War debacle made possible.