God in the Street 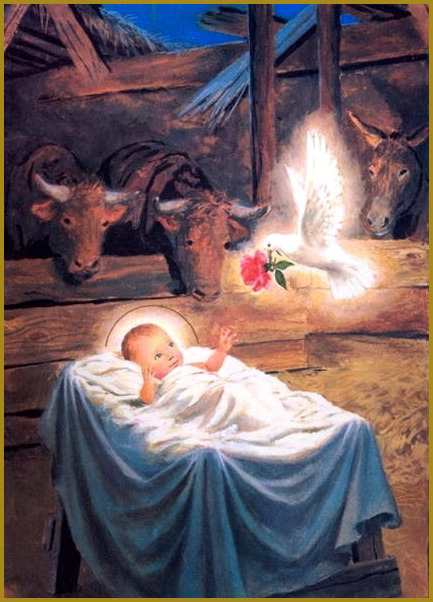 Why would God demean himself by becoming human?

I have heard many arguments against Christianity over the years, but there is one which I have never heard, at least from a living voice, which seems to me to be one of the most apposite and justifiable of them all. That argument is the colossal unlikelihood of the incarnation.

Now, I’m not referring to the philosophical and metaphysical questions it raises, or the historical fact of the matter. What I am referring to is the supreme improbability of the way in which it is claimed to have occurred. For once in the whole of history, God became a man. Out of all time and space and from every culture and people, God made himself into a peasant in a backwater province of the Roman Empire.

This is strange. I don’t think that fact can be avoided. This is a very strange thing indeed, and I don’t think anyone can claim to have even partly understood Christianity without appreciating how implausible and how nonsensical, on the face of it, this claim really is.

That God became a man; that is strange enough. For the creator of the universe to lay down his power and become one of his own creations should already catch our attention. But what kind of man did He become? The answer, independent of Christianity, should surely be a King, or an Emperor; a great Hero or a revered philosopher. I do not think anyone would tell you that God should become a carpenter.

If that person then went on to say that God would ply his trade in obscurity for thirty years, and then spend three years as a homeless preacher, before being taken arrested, nailed to a post, and left to die, then I’d think anyone would believe they were mad. Yet that is what Christianity is claiming.

All history provides us with only one example of a great man, the son of a king, who left his Father’s palace and embraced the life of a beggar. That man was Buddha, and when he saw the evil in the world outside his home, he left his pomp and luxury in the search for an answer, and found it in the renunciation of desire. Many have claimed they did not need their riches, but only he has ever proved it in such a certain way.

The greatness of such an act cannot be disputed, but it cannot compare to the Son of the King of the Universe renouncing Heaven. And doing so not for a life of contemplation and peace, but for a life of toil, suffering and death at the hands of his own creations, defeating evil and death for ever. Buddha left his palace and became a beggar, so as to show men that they had no need of palaces. Christ left His so that all peoples might one day dwell there with Him.

In short, what Christianity asks you to believe is that, whilst Caesar and Brutus were still within living memory, and Augustus sat as first citizen of Rome, God walked the earth as a man in an obscure part of the Empire, talked with fishermen, and went to dinner parties with tax collectors.

I cannot deny that it difficult. If anyone claimed that they could not believe in Christianity due to the implausibility of this fact; that the existence of Jesus, in this paradoxical sense, was, to them, a stumbling block or a place of offence, then I would have to concede they were making a fair point. They would even have the authority of the Bible behind them. But I have never heard anyone say this.

Don’t get me wrong. Objecting to the incarnation on philosophical grounds, or disbelieving in the historical existence of Jesus are common, if less weighty, objections. But to state that one cannot believe that a God would act in such a way, however plausible that statement would be, is seldom done.

The God who is generally discussed and debated is the God of philosophical theism; a definition rather than a person. By this I mean that God is defined as omnipotent, omnibenevolent, and any other omni-‘s you may care to add in; and then treated as a set of axioms. At best, He is viewed as a far off and unapproachable ruler, a divine despot or a celestial watchmaker, governing the universe and winding the clockwork far beyond the limits of our understanding or knowledge. And there are many aspects of this picture which are true. But if it is the Christian God you are dealing with, then there is another aspect to take into account; God at a wedding, changing water into wine for the guests; God in the temple, debating the ethics of taxation with the lawyers, God in the garden at Gethsemane, arrested and beaten by the soldiers.

God, by any sane expectation, should not be like this. The Lord and Master of all Creation should not wear a crown of thorns and be flogged in front of a common crowd. Not for the failed creatures of a polluted world that could be forgotten and replaced in a mere thought. Not for anything, in fact.

But if God is like this, or we are dealing with a religion which claims that this is what God is like, we must address this idea of God if we are to have any hope of understanding or engaging with that religion. As an example, there is the problem of Evil, probably the most serious issue for any set of religious beliefs. I do not intend to attempt to address it here. But I do want to point out that, whilst the existence of evil in the world makes it far harder to conceive of a God who would act in such a way, once you have that idea of God then this, it seems to me, has a significant effect on the way the problem is viewed. That God Himself should go through the torment and agony of the world, and bear the punishment of Hell upon himself, in order to remedy it.

So what am I saying? It is comparatively easy to conceive of and dismiss a God of abstraction, an impersonal sovereign of the universe. It is, or it should be, a much greater effort to think of God kneeling to wash the feet of his disciples. But it is, I think, a much harder thing to do away with him. The Romans and the Pharisees found out as much.

The ultimate mystery, then, and the core of Christianity is this; that this is what God is like. It is true that God is the absolute ruler and the creator of the universe, in majesty and glory such that we cannot conceive of and which it would be our annihilation to behold. But He is also a man, scourged and mocked before the court, or sitting by a well teaching the men and woman who came to learn; and also a child, in a manger, in a cave; where the face which beheld the birth of the stars smiles with unknowing joy at the cattle above.