Do you believe in fate? If so, then you may prescribe to the philosophical ideology of fatalism. Though often romanticised, fatalism is simply the idea that everything that is meant to happen will inevitably happen.

By the book, fatalism is accepting that the past is a fixed period and ascribing to the ideology that everything in reality, even reality itself, was fated to be. Fatalists have a futuristic outlook; one that relies on physical conditions to explain events that happen in advance of them.

Fatalism can beg the question of ‘accidental necessity’, meaning that there could have been a different past. Most would agree with the fatalist’s perspective that things in the past are fixed and unchangeable. Otherwise, wouldn’t we all go back and alter particular actions? I know for certain that I would.

Fatalists are usually secular in their thinking because their theory depends on impersonal uncertainty; in other words, that things happen without reason or purposes. This would directly contrast with a divine explanation that would hold God is the mover of all things- and an imperative point towards the existence of a God relies on the fact that He is omniscient, omnipotent, and omnipresent. But, if fatalism is true, this explanation of God falls to pieces because things must have then been pre-ordained and necessitated by a higher power instead of being random.

Much of the study of philosophy is about introspection, and when I reflect on the matter of time and fate I find myself thinking about how much drastically different each of our lives could be if we had made just one decision another way. 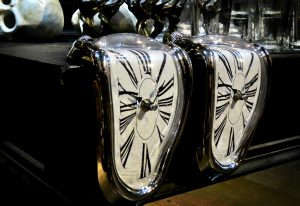 To ground fatalism in an example everybody can relate to, think of the experience you have had at Durham, whether you’ve been here for a mere two months or three years. Remember all of the illustrious nights you have lived through, the stories you have come to tell, and the friendships you have formed. At some point in the past you had no inkling of these things to come nor of the people whom now fit into your life like puzzle pieces.

To a certain extent I think that, as social beings, we can adapt and conform into a myriad of situations and learn to love whatever atmosphere we are thrown into. Still, isn’t there something special about living a section of your life that you couldn’t now imagine not having? I think this is the essence of the lure of fatalism to people; that certain parts of the past, however fixed and unchangeable, lead us to the present and the future possibilities, of which everything in those time periods is meant to be.