The Return of Vinyl.

Vinyl. Record. LP. Whatever word you use, most people will understand what you are referring to.

Buying and listening to records has made an appearance again in the music community. Listening to records on a record player was common in many of our parents and grandparents lives. You may even visit a relative who still has their record player in their lounge. However, this is not the only time you may come across one of these old fashioned machines. Nowadays, many people, typically those from ages 16-25, own a record player. You may see records being sold in numerous high street stores, ranging from HMV, Urban Outfitters and even Sainbury’s.

According to Nielsen Music, in 2017, vinyl compromised 14% of all physical album sales. 2017 was the twelfth consecutive year for vinyl sale growth. 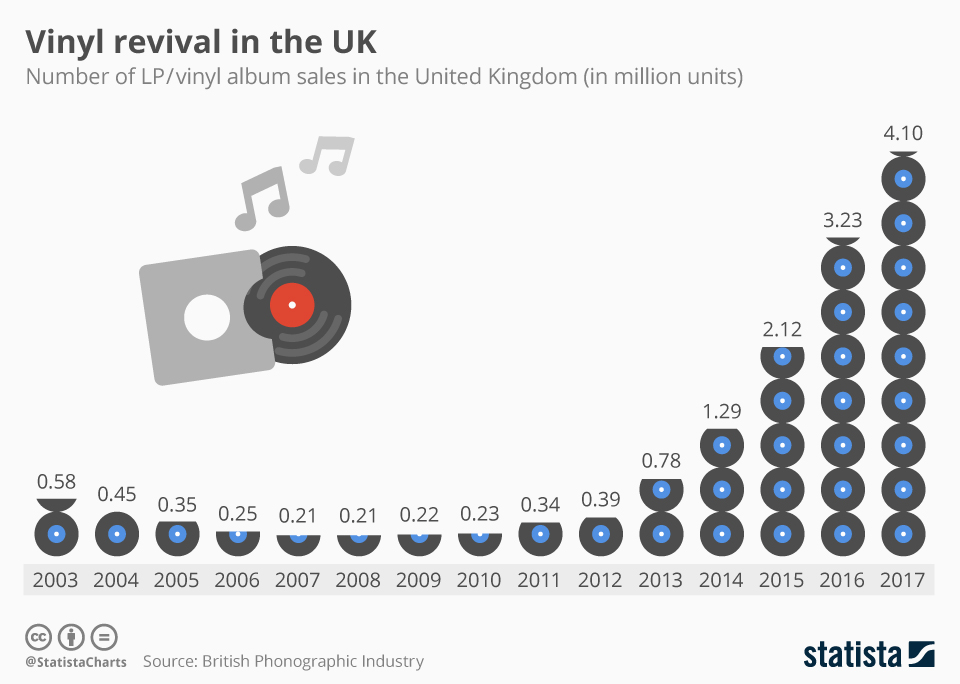 The use of records seemed to fade when technology advanced, which produced the CD. CD’s were preferred over records for many reasons. One was practicability. A person would be able to take CDs out and about, however with records this was much harder. As well, CDs were less likely to be damaged and required less care than vinyl records. The music industry has advanced from CDs and the world has seen the creation of music apps such as Spotify, Apple Music and SoundCloud. These apps allow people to listen to music wherever and whenever they want. Apps such as these fit in with our idea of how the world is – many of us view the world nowadays as technologically advanced, shown through our usage of phones and computers. Therefore, apps such as Spotify cater to the needs of the ‘modern’ person.

Despite being able to access a band’s full album on Spotify or any other music apps, records encourage the listener to listen to the album in full – it plays the songs in the order that the artist has chosen. However, when using apps such as Spotify, these apps make playlists of lots of different songs from different artists. Playlists are curated by genre, mood, vibe and style, making them limitless in their use. Therefore, this may be seen as promoting ‘singles’ rather than the whole album. Singles are commonly used to give new listeners a peek into the style of a particular artist. Arguably, vinyl can be seen as promoting the album as a concept – a union of songs. 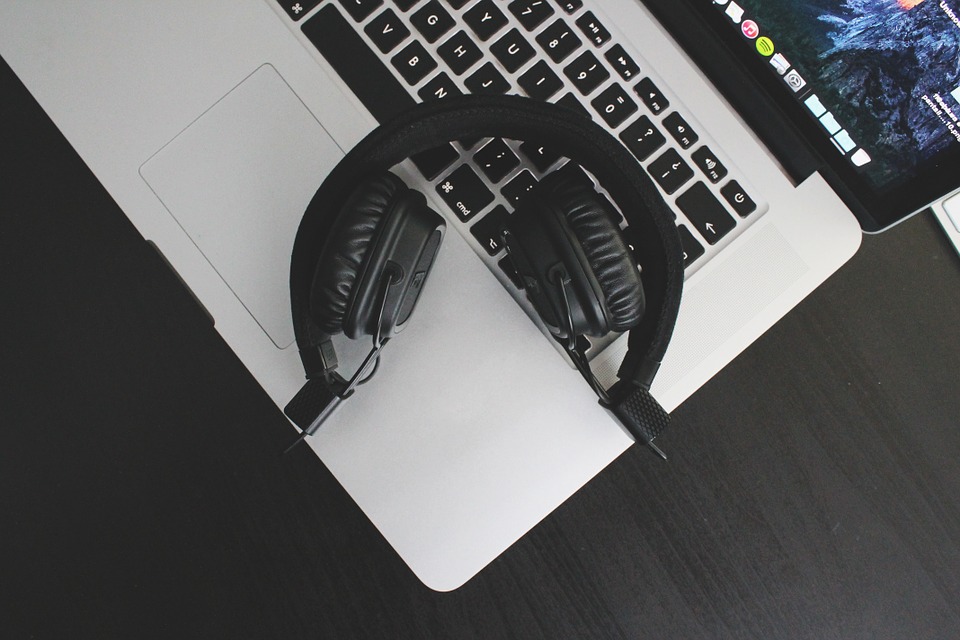 So, why are people buying records nowadays when there are so many other ways of listening to songs?

It may seem bizarre to buy vinyl, due to their impractical side. One may view records as a sort of hassle, as you have to look after them with care to prolong the usage. Records are prone to damage, be it from dust, from scratches or heat warping. Therefore, the looking after of your records is important, if you want the music to play well. Despite the negatives which may be associated with records, many people see them as cool, interesting and funky ways of playing music.

Records are produced in different colours, ranging from the common black to red, gold, silver – there are even records which have a pattern on them.There is no limitation to the production of records now, compared to when they were first produced. Therefore, multi-coloured, sparkly and embossed records are being sold in stores now.  It is obvious, even if you do not like records, that you can see some sort of attraction to them, especially when they are aesthetically pleasing. This is something you cannot see if you are listening to the music on an app which is installed on your phone. An owner of records may say that records make the experience of listening to music even more enjoyable. 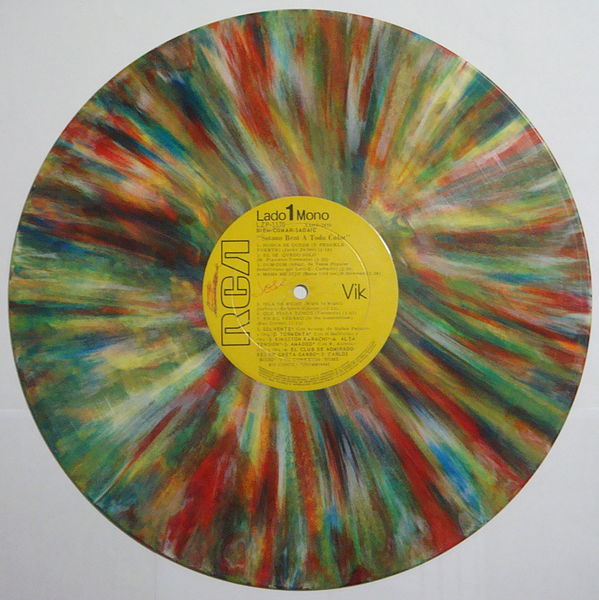 Similarly, records are packaged in what is formally known as the ‘record jacket’. This is the packaging in which the disc is encased. The jacket normally pictures the album artwork of the particular band. This may convince someone to buy the record, as you are not only paying for the disc(s), but also the artwork which comes along side it – especially as nowadays, records are typically sold at the twenty pound mark.

However, these reasons do not explain why people want to buy records. Looking at the aesthetic side of records, it can be questioned whether people of the modern day like how they look as our world is very aesthetic-orientated. However, this may be seen as quite a superficial way of viewing fans of records. From my own experience, I enjoy the way records look when spinning on the turntable. But, this is not my main reason for buying records. I buy records because I appreciate the band’s music and therefore I want an ‘actual’ copy of their work. While that is my personal opinion, this view may not be the view of everybody who owns a record player. Physical copies of artists’ work allow the listener to treasure the album for as long as they want. While one may have Spotify on their phone, having stored music files does not compare, in my opinion, to owning a record – records serve collectorship.

No matter what format you use to listen to music on, most people are able to appreciate the aesthetic and quality of records. Records can be seen as the ancestor to streaming music and therefore should be respected. Nonetheless, whatever device you use, everybody shares the same passion of music. The music industry is one which allows artists to express themselves through the art of music and so is greatly appreciated by many.