Experiencing Electro at the Cabaret

On entering the main reception of the Folies Bergère music hall in Paris, I felt as though I’d wandered onto the set of a Baz Lurhmann production. I normally associate that kind of opulent gold and jewel-coloured interior that induces rapid blinking at first glance with the cabarets of the Belle Époque. Today, however, I would not be entertained by gratuitous glissandos of ivory piano keys in time to the can-can. For a postmodern twist, I had come to Folies to catch British electro artist Bonobo (aka Simon Green), at his last European tour date for 2014.

As a loner, I didn’t dawdle at the bar, heading straight into the dark depths of the venue with my plastic cup of vin rouge in hand. I was eventually escorted to my seat by one of the ushers (it doesn’t help that I don’t look like a tipper) – it was one of those funny seats that folds out into the aisle. So while my coccyx complained a little, I was angled at a vantage viewpoint to see the supporting act already in full swing. Dorian Concept was warming up the audience single-handedly from behind his techno table, producing free-floating tunes that defy genre labels.

As soon as you thought “hmm, that sounds kinda jazzy”, a hip-hop beat would sneak in and throw you off the scent. I swayed as much as the next person but found it hard to fully engage with this chameleon music, as genius as I’m sure it is, in my ignorance.

A customary break ensued, giving me time to process what I’d just heard and to crowd-watch – a fascinating activity. Just like in cabaret times, people kept their hats on indoors – although there were more beanies than top hats –, they gabbled loudly, and chain-smoked, surreptitiously, with the typical nonchalance the French demonstrate in the face of authority. The boys in the row in front were obviously in competition with the fog machine because by the time the stagehands had done their thing, you couldn’t distinguish leaf smoke from special effects.

Then the lights faded. A familiar throbbing bass accompanied by heart-tugging strings picked up; I recognized one of the songs that I put on repeat at work to drown out the desk-job blues. I smiled because now I was engulfed in the song without a computer in sight, apart from the synthesizer thingys.

I smiled a lot throughout the set actually, as different performers meandered on and off the stage to add their contributive layer to the “soundscape”. While Bonobo is a solo artist, he is also a master of collaboration: a trio of violinists, brass and wind musicians, a voracious drummer, and the vocals of new talent Szjerdene were all woven into the rich musical tapestry of the night.

I couldn’t decide whether Szjerdene’s voice was velvety or silky; it was heavy with emotion but light and fleeting at the same time. It hit all the right spots, like a musical massage for the soul, if you will. The boys in front made heart signs with their hands. With her womanly silhouette and sensual hand movements, the confident singer commanded attention. 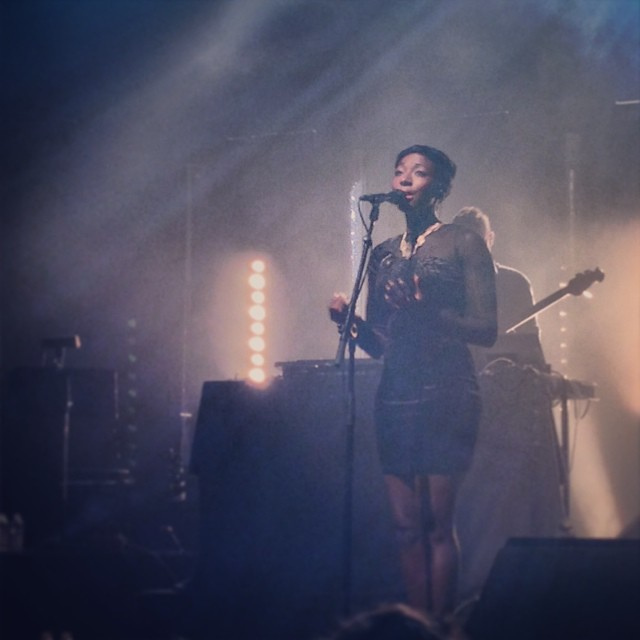 Another unexpected highlight was the drummer’s solo. His sticks glanced off the skins like a turbojet propeller, sending his snapback flying partway through. The crowd rose in unison for a standing ovation when it was over.

But I digress, we were all there for one reason, and that was Bonobo.

The producer’s fourth album, Black Sands, released in 2010, gave us the likes of Kiara, the sound of an oneiric ecosystem in motion with owls swooping across a darkening star-studded sky. Then there was the more subdued and grounding Kong, held together by a refrain in the background in perfect harmony with a relaxed breathing rhythm. I’d venture that one of Bonobo’s greatest strengths is creating music with an organic feel using 21st Century equipment.

Brownie points for working out what the title of track 7, ‘1009’ spells out in roman numerals. Clever, huh?

Bonobo incorporated songs from Black Sands throughout the set, but the accent remained on his more recent compilation, The North Borders, which did not disappoint bedroom-listeners and desk-job escapists when it came out in March 2013. 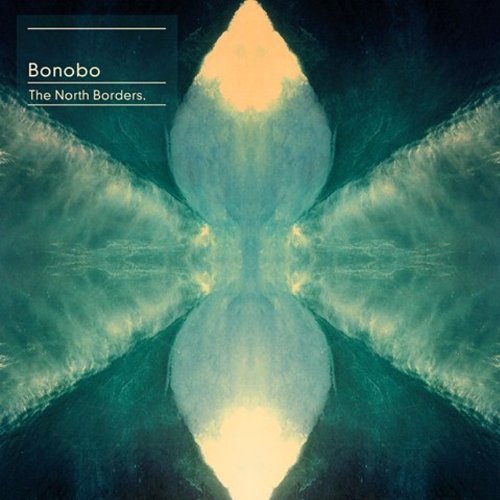 BBC music dubbed TNB a “worthy successor” to his last effort, with a similar down-tempo temperament. Mr. Green’s music follows a logical progression and is executed sublimely. The album is not overly ambitious and there are no wild cards, without it being samey.

The lead-single, Cirrus, summons you on a labyrinthine journey through a deep house underworld with its daedal chimes. In contrast, the tone takes on more female energy in Towers and Transits which are haunted by the sweet summer breeze that is Szjerdene’s voice. There is an equally tender narrative in Heaven for the Sinner, featuring the more mature vocals of Erykah Badu in dialogue with the harp.

It’s perhaps true that “the music sounds slightly repetitive on its own, so he’s smart to collaborate with vocalists”, in the words of NOW magazine. But being able to collaborate with other musicians and bring out the best in them without veering from your own path is an under-valued skill in itself. Collaborating with vocalists is his music, an integral part. And Bonobo is right to recognize that the effects string music or the human voice have on the soul cannot be replaced by new technologies. Rather, technology can act as a vehicle for these timeless instruments.

Sadly the show had to come to an end. We requested and received not one, but two encores. Even I know that’s high praise in the music industry.

I do not claim to be a bona fide electro aficionado. My musical knowledge in general doesn’t extend much further than Grade 2 Flute (I’m still bitter about missing out on that distinction by two marks), so I do apologise if I’ve made any music buffs cringe throughout the course of this article. All I know is that I enjoy zoning out to the music of Bonobo.

So excuse me, I’m just gonna pop in some earphones and fill out this Excel sheet in time to Kiara…