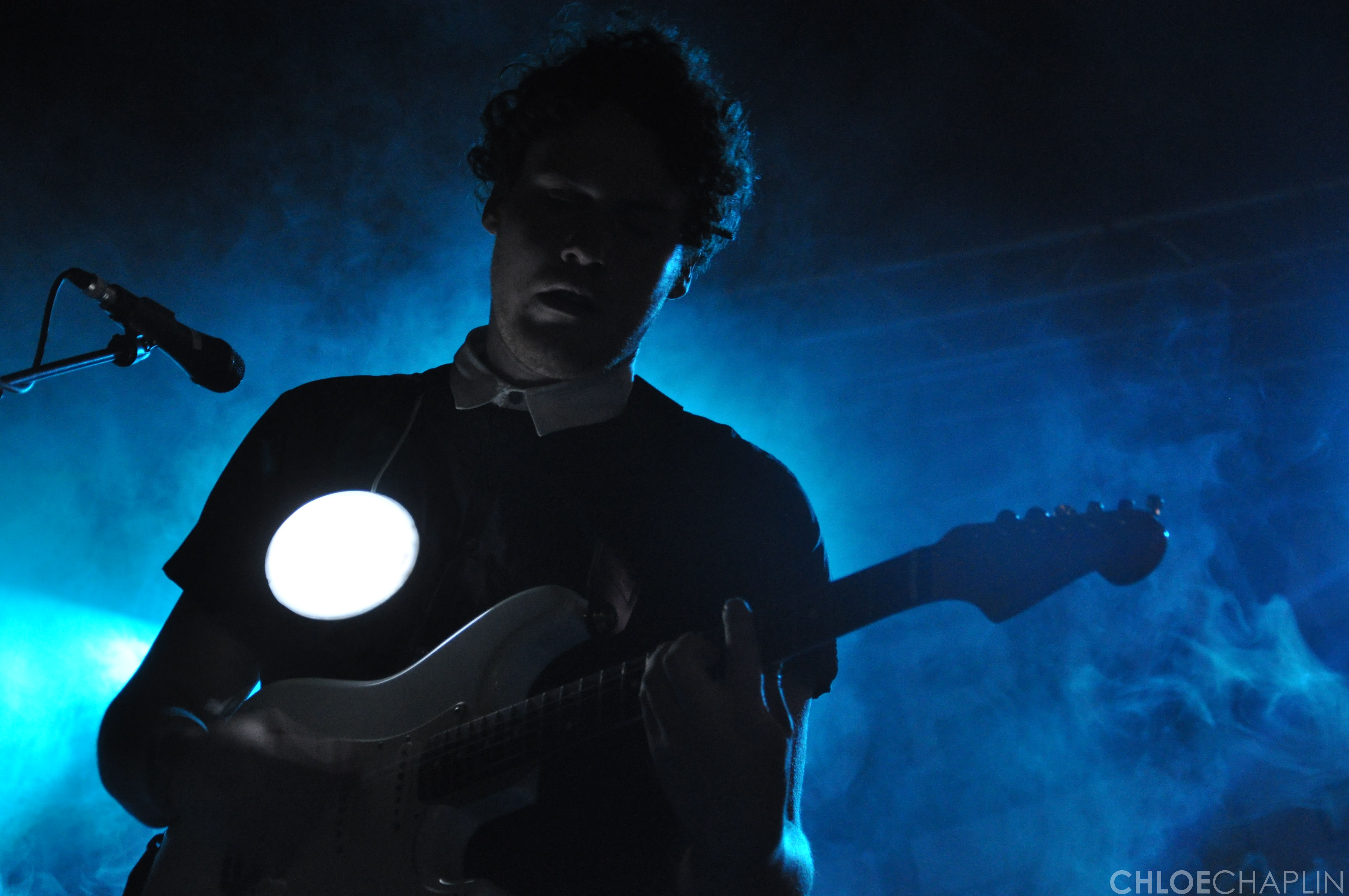 Metronomy, the kooky brainchild of producer Joe Mount, have spent the last eight years flying from strength to strength. Originally conceived by Mount as an experimental side project largely free of vocals, Metronomy find themselves swaggering into 2014 with a chic new image, a Mercury nomination under their belt (for 2011’s The English Riviera), and a reputation as one of the most innovative alt rock bands around.

Nevertheless, it was with a certain sense of dread that I took the train to the Newcastle O2 Academy to catch their tour earlier in March. My anticipation came from two sources in particular. The first is their new album, Love Letters, which is a far more low-key affair than its Mercury nominated predecessor. After that album’s success, it seemed insane to me that Mount et al would choose not to ride this wave of public interest and whack out some energetic electronica worthy of smash-hits ‘The Bay’ or ‘The Look’. My second concern was simply their stage presence. Joe Mount has – to put it bluntly – a fairly feeble voice. Hardly a bad thing – he uses this to its fullest effect, providing us with sensitive, awkwardly endearing tracks on Metronomy’s albums, but I’d never been convinced by previous live performances on Jools Holland and the like. Even at the recent NME awards, during a collaboration with MKS (the original Sugababes), Mount came across as fearful, the synths sounded tinny and ridiculous, and the whole ensemble seemed thin and lifeless.

How short-sighted I’d been. Put it down to more experience as a group of musicians (Metronomy’s current line-up is still fairly young), or the addition of a fifth member to fill in all the gaps, but Metronomy were on fire. Overcoming a predisposition that could be seen as weedy, Mount strutted about the stage with the swagger of someone who’d earned his stripes, through years of toil and understatement. Bassist Olugbenga Adelekan bopped about with the energy and style of an uncaged demon, making us all clap whenever he possibly could. The effortlessly sexy Anna Prior sang lead vocals convincingly whilst also drumming for ‘Everything Goes My Way’, just one example of every member’s multi-instrumental ability.

The energy was obvious from track one. Despite the inclusion of several low-key ballads and plenty of new, less well known tracks, Mount and Adelekan moulded the audience like putty in their hands and not a single track was boring. Indeed, all shackles of past performance nerves were destroyed before our eyes. ‘Radio Ladio’, perhaps the most ridiculous track off 2008’s Nights Out, was performed with such panache as to be a pastiche of its former self. Metallic guitars replaced scrawny synths, confident chanting replaced feeble murmuring, and the atmosphere reached its most electric of the entire evening. Post-performance, two boys in the gents discussed how some likely lads had attempted to start a mosh pit at various points in the set – ‘Who tries to start a mosh pit at fucking Metronomy? Everyone’s, like, swaying… and they’re there trying to punch people…’ Further proof of Metronomy’s increasing ability to set audiences alight.

Truly, all members put on the performance of their lives in Newcastle that night. Mastering everything from understated synth ballads to full throttle dance romps, this gig convinced me that Metronomy are more than just an experiment: they are a fully-fledged ensemble with multi-instrumental ingenuity and musical innovation, more than ready to leave their unique mark on the music industry.

“Why you giving me a hard time, tonight?” These are lyrics from ‘The Upsetter’ from Metronomy’s latest album Love Letters. There is nothing ‘hard’ or upsetting about tonight’s set in Newcastle. The pastille pink stage backdrop is unapologetically camp. Complete with individual synth booths for three of the five band members, it creates a feminismo Olympian congress. Mount is no Jupiter, but our little Cupid, here to escort us through latest release Love Letters, which dominates tonight’s set.

In an O2 Academy that represents more cupcake shop than Newcastle night out, the set starts gently with the sickly sweet tones of ‘Monstrous’ into the more immediate ‘Month of Sundays’. The campest song in modern music, ‘Love Letters’, electrifies the room in surreal scenes. A circle pit forms. Confusion. Dance. Then. Hands held. A ring of all male can-can dancers form, legs pumping. Gay-Mosh. Goshing. It is unbelievable in its bizarre brilliance, much to the manifest confusion of the band onstage who survey their creation with quizzical joy.

With the Morris dancing goshers in small circles, the hits start with ‘The Look’. The significance of which the band understand, sporting their uniform burgundy, particularly well in the case of drummer Anna Prior’s jump suit. Despite the seated synth pods and Mount’s static approach to live performance, the band pull through with the irrepressible swagger of bassist Gbenga Adelekan and tambourine tap of Oscar Cash. They transform Metronomy from one man’s experimental bedroom brainchild into a live spectacle. The range of vocalists, shared mainly between Mount and Prior, but at times all five in harmony, produce an elegant and unique sound. It is best received on every song from The English Riviera played tonight with universal dance and song. It is early dance track, ‘Holiday’, souped up with enormous bass and thwacking kick drum that truly ignites the dance floor. With green laser beams it has become their own ‘Flux’ which can spark dance in a library. The New Wave sympathies are obvious in the light show but this is the highly individual creation of Joe Mount: a rave in a cupcake shop. Topically, ‘On Dancefloors’ is sadly missing, but the main set ends with modern classic, ‘The Bay’. The TARDIS synth booths come into their own as they become mini pots of radiant gold flashing rainbows in time with the song. It is a perfect song, impossible to do justice in the live setting, but the outro provides a fitting exit throb with which the band depart.

By comparison, the encore is a resounding disappointment. The set ends with the vapid, ‘Most Immaculate Haircut’. Other than a 5 minute delay for a super synth replacement ahead of constellation consternation ‘I’m Aquarius’, the set is fluid and diverse, showing the band’s full range of material and talent. It is difficult to fully engage an audience with a set so heavily reliant upon the new album only ten days after its release. The band have created their own version of reality which is well worth entering and totally unique in its surreal vision. This new shore is a break from the Riviera but a reinvention that is nonetheless compelling. Whether this will work on the festival circuit, they headline Field Day for instance, is anyone’s guess but whatever happens they can always fall back on The English Riviera to win any crowd over. Riviera or reservoir, Metronomy continue to intrigue and challenge; long may that continue.