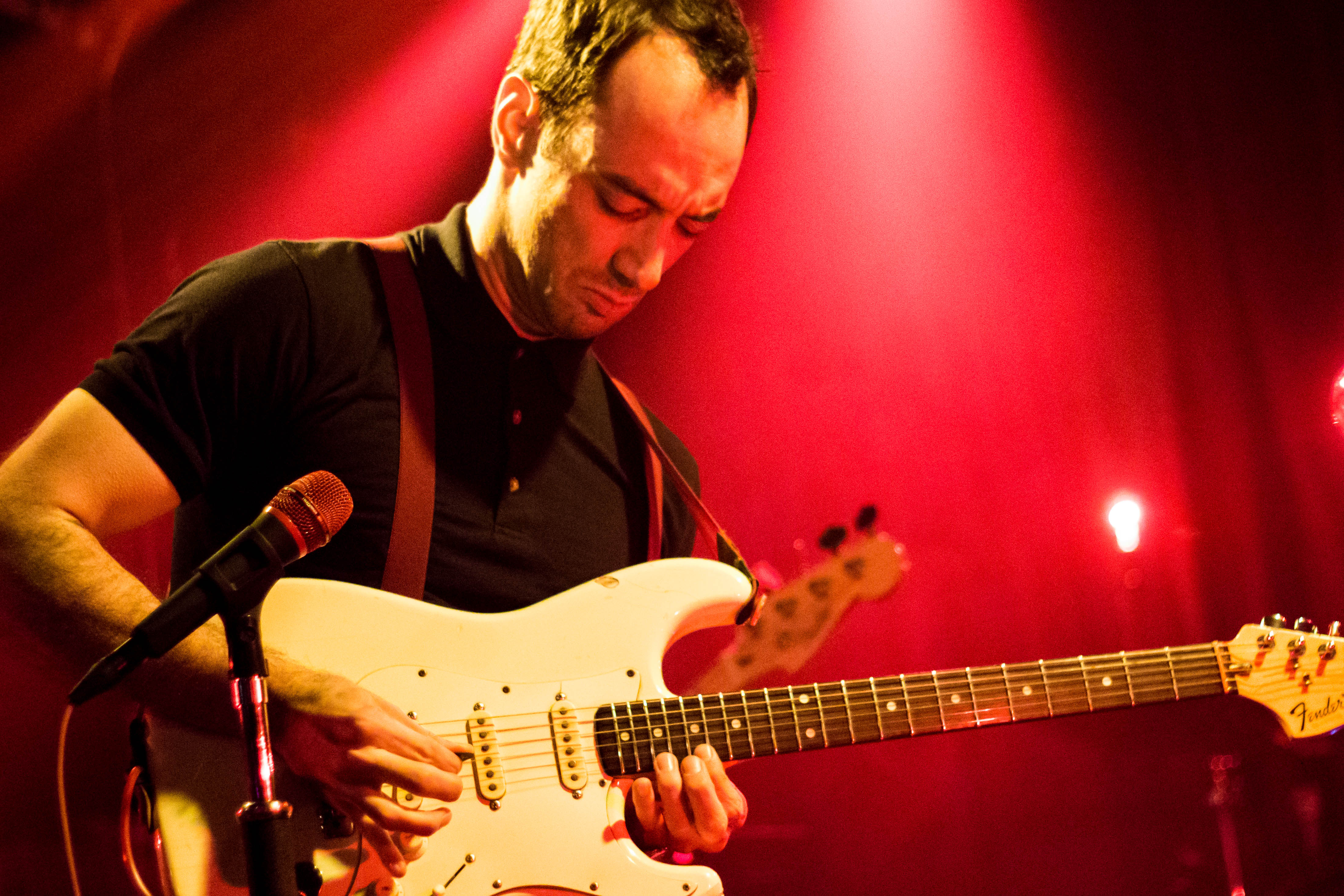 Albert Hammond Jr. with his Stratocaster.

Hammond Jr.: “Hogwarts… Hadrian’s Wall.” That is the extent of “Albie’s”, as The Strokes lead guitarist is affectionately known, northern English vocabulary. In a chance encounter before the event, Albert Hammond Jr. sports a scarlet bomber jacket emblazoned with his carnivorous gaping jawed Rottweiler motif, the cover of his current EP, AHJ, and mauve Doc Martens. He is instantly recognisable as the man behind the riffs of the millennium and his boots lend him the inches that make him a man born to rage on the grandest stage. His trademark braces are tight wrought to snap like the strings of that oh so familiar white lightning bolt of a guitar. Hammond Jr. seems in great shape for a man who has suffered the track marks of an intensive decade on tour and of drug abuse; the charismatic charmer was in rehab as recently as 2009 for heroin dependency. There is no sign of this today; he is affable and courteous as he checks the running order to confirm that he is indeed on at 9. Having had no idea that he was playing tonight, it was somewhat surprising to bump into the man beneath the neon light reading: “Tonight – Albert Hammond Jr.”. This is not 100,000 hometown New Yorkers, but an intimate 100 or so Newcastlers upstairs in the tiny O2 Academy 2. Any Strokes fans out there, don’t panic, Hammond Jr. dropped a hint that the band will return to our shores soon.

For all the glory of The Strokes’ grandiose and genuine claim to be the guitar band of the millennium, tonight’s gig is gloriously low key and fan friendly. There are no Casablancan shenanigans with which The Strokes tarnished their reputation co-headlining 2010’s Reading and Leeds festivals, but a warm atmosphere to support Hammond Jr.’s confidence that “it will be fun tonight” as I entertained the prospect of seeing my new best mate in his natural abode onstage. The highlight of the night is the constant joshing between the band onstage and the interaction between the man himself and his crowd. An Iranian medicine student, (god knows how Casablancas and co. penetrated there… almighty publicist, I suppose, though probably not Max Clifford) demands one song and is quickly rebuffed as “that is like a 7min instrumental, I can’t just go round pulling that sort of shit out my ass”, to which one of his bandmates mimes mining the song out of Hammond Jr.’s ass. They are quite literally up their own arses. Only everything tonight is done with the warmth and familiarity of a bunch of guys having a good time: liberated and open. So open that they talk almost entirely about sex under one of Tyneside’s iconic bridges, a more glamorous setting than The Strokes’ often bathroom based sordid confessionals: NYC is no Newcastle.

Perhaps it is a wee bit cringeworthy for a married man of the grand old age of 34, and the “geeky” detail of 226bpm takes the show to a weird next level, but the high octane approach transfers to the music too. It veers from the edgier, punk of early Strokes to the blissful solo simplicity of a man and his guitar. The only flaw of the night is amidst three lead guitarists, this saint of the strings does not showcase his own talent to the paying punters as much as he could. When he does, the cacophony of sound that three guitarists, the third of which is the defining musician of 00s guitar music, produce is unrivalled and the interaction between the three is fitting testament to their skill and interchangeability, as they switch between lead and rhythm. The sense of communion between Hammond Jr. and his vintage Artic White Stratocaster is glaringly obvious. The passion seethes between man and machine to combine in one glorious musician doing what he does best. During, “Call An Ambulance”, from first solo album, Yours to Keep, the band leaves the stage but stand in the wings as Hammond Jr. takes centre stage and plays fully solo, man, guitar and surprisingly clear and punchy vocal. His bandmates are absorbed in the moment and appreciate the man as much as any fan with warm applause at the end of the song. He does covers too, further adding to the sense of party spirit. Having seen a poster adorning the billboard outside, the band charge into the Buzzcocks’ defining hit “Ever Fallen In Love” and say “I think they’re playing here soon” or maybe 35 years ago, when our main man was born.

Finally, to leave us all craving more the band delay and look curiously sheepish before they confidently do justice to Strokes’ 2013 single “One Way Trigger”. Hammond Jr. asserts with a swagger that “I can play this, because I wrote it” and even does a less Bakelite reliant vocal. As great as all this is, the whole is greater than the sum of its parts; let us hope that The Strokes can stay the course. Hammond Jr. has shown that he has the best solo material, now Casablancas leave the reggae and reunite. Is This It? Absolutely not.