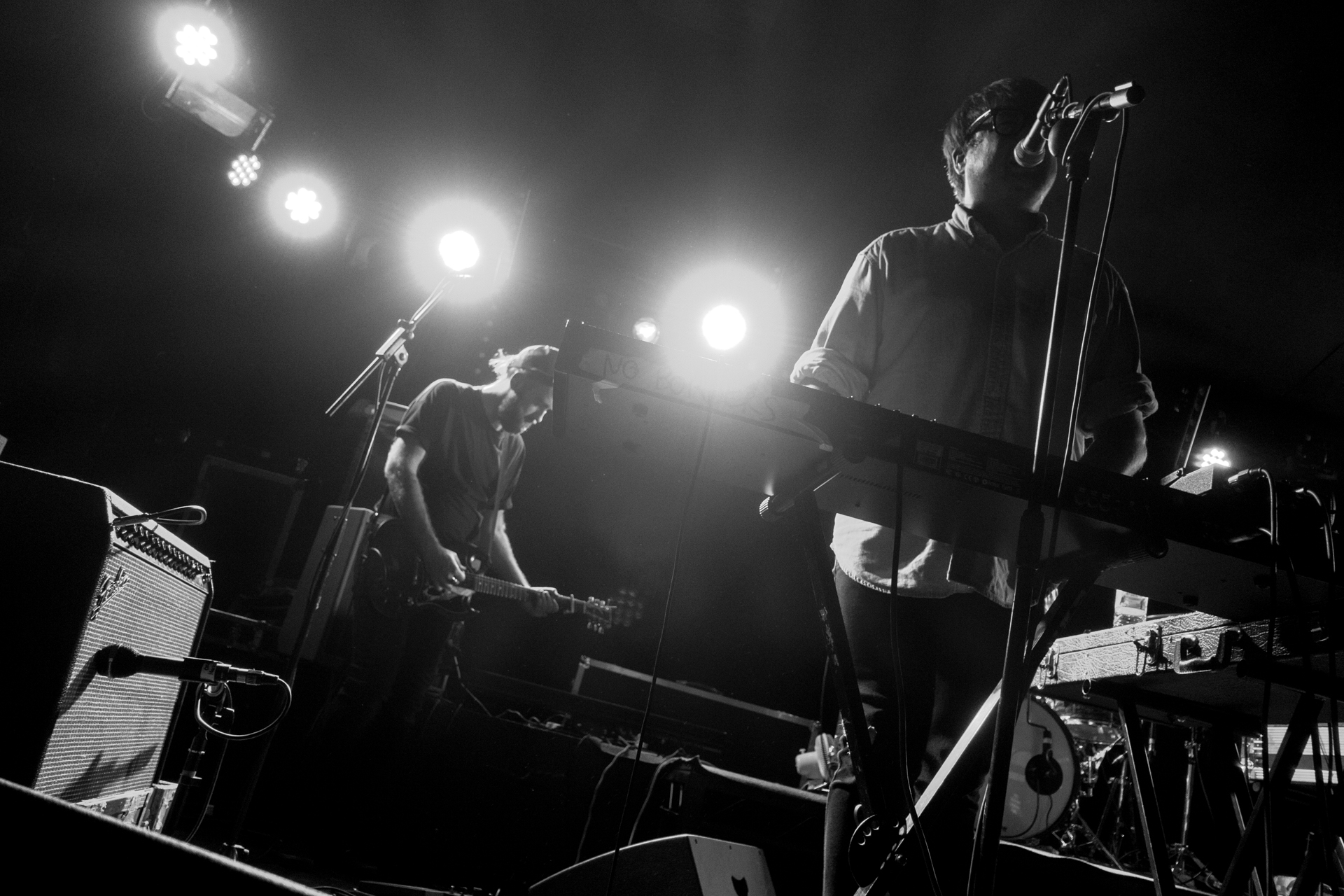 Hookworms, one of the many exciting acts at this year’s festival

Live At Leeds is one of those multi-venue festivals, like Tramlines or Live at Glasgow. Essentially you pay for a wristband, and that wristband will get you into any venue to see any of the bands playing across the day. Yes, it might mean a lot of walking around and a bit of effort in planning logistics to get to who you want to see, but these festivals tend to have much more choice of artists, last for longer, and bring a whole city to life. That definitely was the case for Tramlines. Additionally, you can eat and drink what you’d like, at normal prices; there’s no captive market, as us Economics students would call it.

I’ll be heading into the centre after the Leeds match next Saturday, and given the rather uninspiring we’ve had (the fantastic crop of young players: Lewis Cook et al. excepted) I’ll probably need something to brighten my mood. So what does Live At Leeds have to offer?

A few names stand out immediately for me: Thurston Moore (of Sonic Youth fame, as if you needed telling), Eagulls, Stormzy, George the Poet.

Thurston Moore might be known best for his fronting of Sonic Youth, who are responsible for one of my favourite albums ever, but since then he’s released a string of great albums – providing him with more than enough material to make a set well worth watching.

I saw Eagulls open for Parquet Courts at (where else?) The Brudenell about a year and a half ago now. They were impressive…and very very loud. Since then they’ve got to make their own name, with a performance on Letterman, a critically acclaimed debut album, and an interview with The Bubble…

They’re a local band and they should be excellent.

Stormzy and George the Poet feature third and fifth on the BBC’s Sound of 2015 respectively. Previous occupiers of third and fifth spots on the BBC’s ‘Sound of…’ polls have been Churches, George Ezra and Azelia Banks. It’s safe to say these guys a probably going places. Perfect if you want to be that “I saw them before they were famous” person.

I should have probably have mentioned these lot first, rather than what me and my weird music taste plan on seeing…

But I am going to take this moment to introduce to you three new(ish) artists that perhaps you won’t have listen to before.

Of Leeds. Space-y/Noise-y/kinda Pschycadelic, but dark, very dark. People went mad for their last album: The Hun. And people will go mad for their live performances, if this is anything to go by: (just watch the video below)

Someone once said that Menace Beach “would’ve made it big by now they weren’t from Leeds, and from somewhere in the US instead”, I can’t remember who, maybe nobody said it, but anyway: they’re fantastic, a hark back to the 90s, and certainly something to get you into the summer mood. Incidentally, they also supported Parquet Courts along with Eagulls at the Brudenell that time.

Ok, so this one doesn’t come from Leeds But we’re all Leeds, aren’t we? No, in fact some of us are…*Wikipedia*…North Vancouver, BC…anyway, this is besides the point. The first thing you’ll notice about Tobias is his rather high pitch voice. Did somebody say Tiny Tim? that’s harsh! Actually his music sounds a bit like Randy Newman at his best, minus the gravel-voice, obviously. This one sounds like a good John Lennon track. High praise indeed, but he deserves it!

Live at Leeds is on Saturday 2nd May, with wristbands at £27.50 for the day. Events start at midday and go on until midnight. For full information, much more useful than mine, visit: http://www.liveatleeds.com/ or follow @liveatleedsfest on twitter.