Outside the Bubble: Slint at the Brudenell Social Club 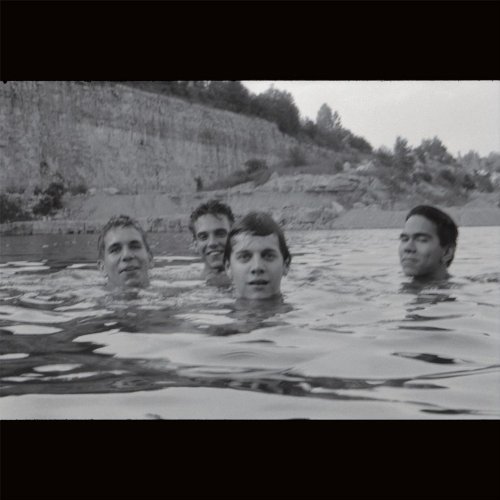 I’ve got a 6am train to catch in the morning (off to Nottingham to present the findings of a research project I’ve been doing for the Stroke Association) I’m then getting a bus to East Midlands Airport and flying off to Barcelona. That means I’ve got to be up at 5. Plus I feel like shit, in the middle of a sneezing fit as a result of my stupid dust allergy, so why the hell am I getting on a train to go to a gig in Leeds?

Slint, is the basic answer. The alternative music gods, famed for their impeccable 1991 album Spiderland, are playing a sold out show at Brudenell Social Club and for some reason they’ve given me a press pass. Going places, I guess.

Arriving into Leeds (home of the famous Accrington Stanley beaters) my next step is to find the Brudenell. Having been there before, I knew where I was going. However, if you know me, when I say I know where I’m going I’m generally best not being listened to. I think I know where I’m going, rather, but in reality I’m lost. I took a wrong turn somewhere, I’m heading to Headingley. Wandering around the outer parts of Leeds (the UK’s second biggest city by area) I look to my nearly dead phone for directions. I eventually come across Leeds Uni, I know where I am, or so I think. Being outside the academic year, the Uni is having lots of building work done at the moment, which makes making your way through it nothing short of a nightmare, but somehow (an hour after my train arrived) I find myself at the door of the Brudenell.

The Brudenell Social is a truly remarkable venue. From the outside it looks like a working men’s club, which is what it is, if you turn right after you’ve entered the building. Turn left and you’ve got a function room, a function room that has hosted the likes of Johnny Marr, Stephen Malkmus, and, as you are reminded of everywhere around the building, annual performances by The Fall. The great thing about it being a working men’s club is that the drinks are cheap, sub £3, plus there’s a games room with pool tables around the back, for when you’re waiting for the band. You can also get so close to the band on stage that you’re able to read the setlist.

I’m too late to see the opening act, thanks to my rather roundabout way of getting here, but boy am I excited for the headliners.

Entering the stage at 9:30, Slint make no formal introduction, breaking straight in to “Glenn”. Slint are tight, super tight. The sound’s just right and it’s great to see the intricacies of the rhythms being pulled off, live and in the flesh. “Breadcrumb Trail” sounds just as wonderful: they’re managing to pull off what’s achieved on record, and with Slint that’s no mean feat. Their music’s slightly hypnotising, and as I look around me a mixture of twenty year olds and forty year olds (no in-betweens) get lost in the wonderful occasion of it all. Slint also use the night to perform songs form their first album Tweez, with “Darlene” going down a storm with the Leeds audience.

The lead vocalist isn’t much of a talker between songs, but during them his spoken word delivery glides perfectly over the quiet-loud dynamics that they perfected with Spiderland. The bassist is the only member that doesn’t try his hand at another instrument as the rest of stage switch between roles throughout the night. The drummer, who has a lovely overarm looping way of hitting the drums, even took to the front to play guitar.

The scuzzy, piercing, guitar based “Nosferatu Man” proves to be my favourite, with the old classic of “Good Morning, Captain” also up there, and “Washer” just as enchanting as you could ever expect.

They exit after an hour, coming back on for a two song encore. “Got any new stuff?”, someone shouts. “Actually, this encore is made up entirely of new material” is the jokey response from the stage.

My one slight reservation about the night is that not much is brought to the tracks, listening tonight with your eyes shut is remarkably similar to the results of dropping the needle on to one of their LPs. But, then again, with music like theirs, there’s not too much to complain about.