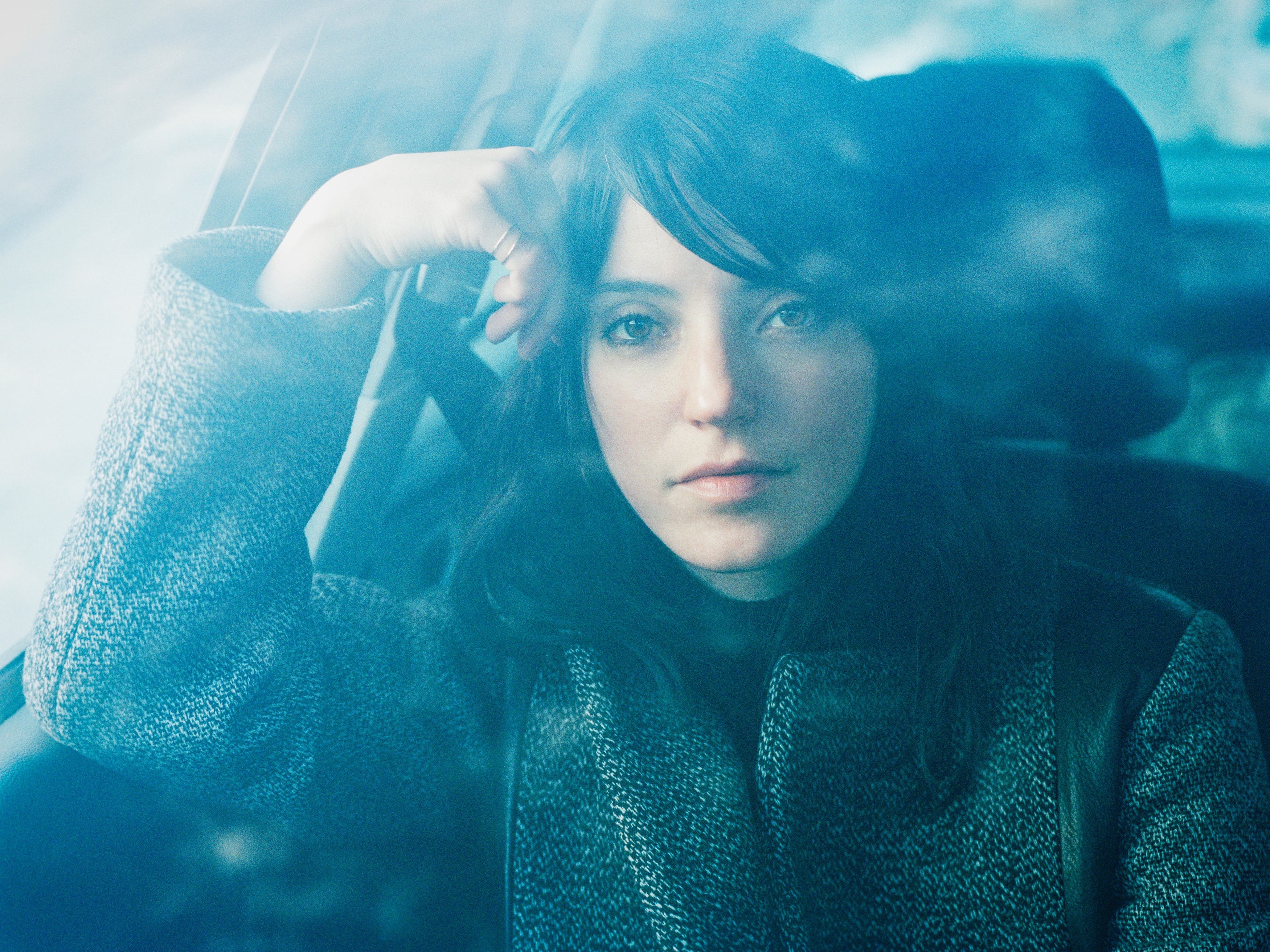 At 33 years of age Sharon Van Etten looks not a day over 32. Musical middle age has been kind to the Philadelphia singer-songwriter. Rescued from the obscurity of critical acclaim, the creative patronage of the National’s Dessner brothers catapulted their newfound favourite into the New York mainstream indie limelight. A simple collaboration made a lifetime career into an overnight success. Sharon was unearthed treasure to a whole host of bloggers, becoming 2012’s National blog-throb with the soaring breakthrough success of Tramp. From record stores to bedroom turntables, this shy songstress was suddenly hot, hot, hot.

Tonight, Van Etten goes to the Opera. Barcelona is an opportunity for bombast if ever there was one. A city tainted by the operatic faux-pas of Freddie Mercury, it represents dangerous ground for a woman who still hides behind the soft shield of that black fringe. Tucked away downstairs in a set-up that resembles Sky Arts’ From the Basement studio, we are right underneath, but a million miles away, from the shrill cries of a Carmen or a Barber. Classic Van Etten territory; close to the mainstream action while retaining the integrity of the natural outsider: in the basement of the opera house.

The greatest performers glide onstage effortlessly; Van Etten slides from the left, clad in black, and in the dark as she stumbles, tripping on a lead that turns out to dislodge the amp, leaving her acoustic plucking silent on opener Afraid of Nothing. After a quick fix from a shaggily haired Brooklyn-type roadie, we are certainly not off to a flying start despite the air miles of this, the last stop on the world tour. It is a moment to savour as any pretence of elegance, from surroundings or otherwise, is immediately stripped and we remember why Van Etten named her breakthrough album Tramp. It was after the weeks and months spent couch surfing across New York in an Inside Llewyn Davis state of folk-induced poverty: oh the pains of artistic talent!

This path has led Van Etten to where she resides today, having toured extensively on the back of self-produced ‘Are We There’, all roads now lead to Las Ramblas of Barcelona. In a state of adorable modesty, she sips a tipple of Spanish Red whilst addressing the locals with her ropy Spanish that even wins over these Catalan nationalists. If ever a more adept display of Spanglish has met with such a fine reception it can only have been on the comedic tongue of Basil Fawlty. Cute is perhaps unfair, she is no fluffy kitten as her electronic guitar snarls into action, but her demeanour and personality onstage are winningly infectious. Even abandoned by the band (faultless, apart from a distracting ‘bass face’), Van Etten talks directly to the seated audience, who are in the mood for a concert rather than a gig, inviting them to stand whenever they deem fit. She then breaks into a raging solo performance of Lou Reed’s ‘Perfect Day’ with such shredding intensity that the morgue of a crowd sit in silent and stunned awe.

That is the one defining feature of the night: volume. For a solo artist whose corpus can venture into the coffee shop chic of a Texas and into the musical dexterity and drama of a PJ Harvey, in the live setting Van Etten maxes out on the amps to provide an eardrum punishing post-punk pageant. She sings the praises of a local wine bar, despite forgetting the name. Her folkier elements perhaps belong to the melodious humdrum ambience of trendy bars, but her solo guitar performance is testament to her diversity. Earlier in the year she appeared solo on Jools Holland, (NB: an edition that also featured Arcade Fire and Wild Beasts, collaborations please…) accompanied with a sparse piano arrangement on ballad ‘I Know’, here in this most operatic of settings, she goes full guitar hero. The band even perform a new song, due for release early next year, ‘I Don’t Want To Let You Down’, which sounds something like a Springsteen bootleg; the band seem shocked when the guitar solo hits and the song transcends its faintly glib lyrics. Apparently too fun for the ‘dark stuff’ off the new record, it is a welcome addition to the loud Van Etten pantheon.

Back to noise. As the intro atmospherics fill the space, following the glorious meta-imagery of ‘Give Out’, ‘Serpents’, Van Etten’s one-hit wonder to the doubters, a kind of ‘Mistaken For Strangers’ anthem, that ensnares and enraptures in its three minutes of glory, ushers in the end of the evening as knees jerk and heads throb, but somehow bums remain firmly on seats. Give this lot the Ramones and they would probably wine and recline. Nonetheless, it is a rapid and resplendent encore that delivers two favourites to an already ecstatic, if static crowd. All Sharon needs now is a basement without chairs, a sweatbox, so she can soar into the raging punk that bubbles beneath the surface of that folksy fringe and warm warble. But that voice, if not the Spanglish, will surely see her through.