Music Analysis for dummies: What is a sonata?

Ever browsed a concert programme and stumble upon the likes of ‘Piano Sonata in B major’, ‘Violin Sonata in E’, ‘Sonata for Violin and Piano’? Not sure what ‘sonata’ means? Well, this article will help you on your way. 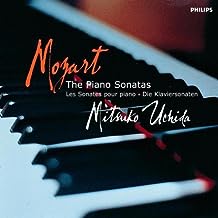 Very simply put, a sonata is a piece of music which takes a specific form: the sonata form. The sonata form first came into being in the eighteenth-century and is characterised by its tripartite structure (A-B-A’).

The first section of a sonata is called the exposition, and its job is to expose two themes; for the sake of simplicity, let’s call them Theme 1 and Theme 2 (multiple theories on sonata form exist and each has its own labelling preference).

The middle section is called the development, and is more often than not spent on (surprise, surprise) developing melodic snippets found in the first section.

The final section is the recapitulation, which is essentially a photocopy of the exposition. Unlike your average copy, however, this one is worth more than the original.

Two words characterise the sonata form: tonal drama (or conflict of keys). Remember Themes 1 and 2 from the exposition? They contrast not only in style and character, but also in their keys. This means that the first section of a sonata will start and end in different keys, i.e. it modulates. (Think of all those boy-band examples which invariably go higher in the last chorus for added effect.)

Now, in the world of eighteenth-century aristocrats (for which the majority of this music was written), this tonal conflict meant imbalance, and imbalance was never a good idea. Symmetry, proportion, clean lines, elegance – if Instagram were to go back in time, those would be the ideal hashtags. That said, any conflict must be ironed out, and this resolution of key signature happens in the recapitulation. For this reason, the recapitulation has often been called the ‘end-point’, the destination of the sonata journey, where Theme 2 is modified in order that it appears in the same key as Theme 1.

So much for symmetry. If it was just catering to eighteenth-century penchant, why on earth did Beethoven and Schubert and Liszt, all the way through to Britain’s own Britten in 1961, use the sonata mould as a basis for their compositions?

Well, composers quickly realised that the sonata’s conflict-and-resolution template could be used to depict much more than the relationship between C major and G major: the sonata’s teleological trajectory has served to illustrate various issues, ranging from personal struggles (a musical autobiography?) to rivals’ politics. Simply put, it is the most storybook-like musical form, and therefore is fertile ground for creative minds out there.

That’s all well and good, but what if I’m sat in a concert and can’t remember the difference between an exposition and a recapitulation?

Very simple: look out for two themes of contrasting characters which will appear twice, and there you have it!