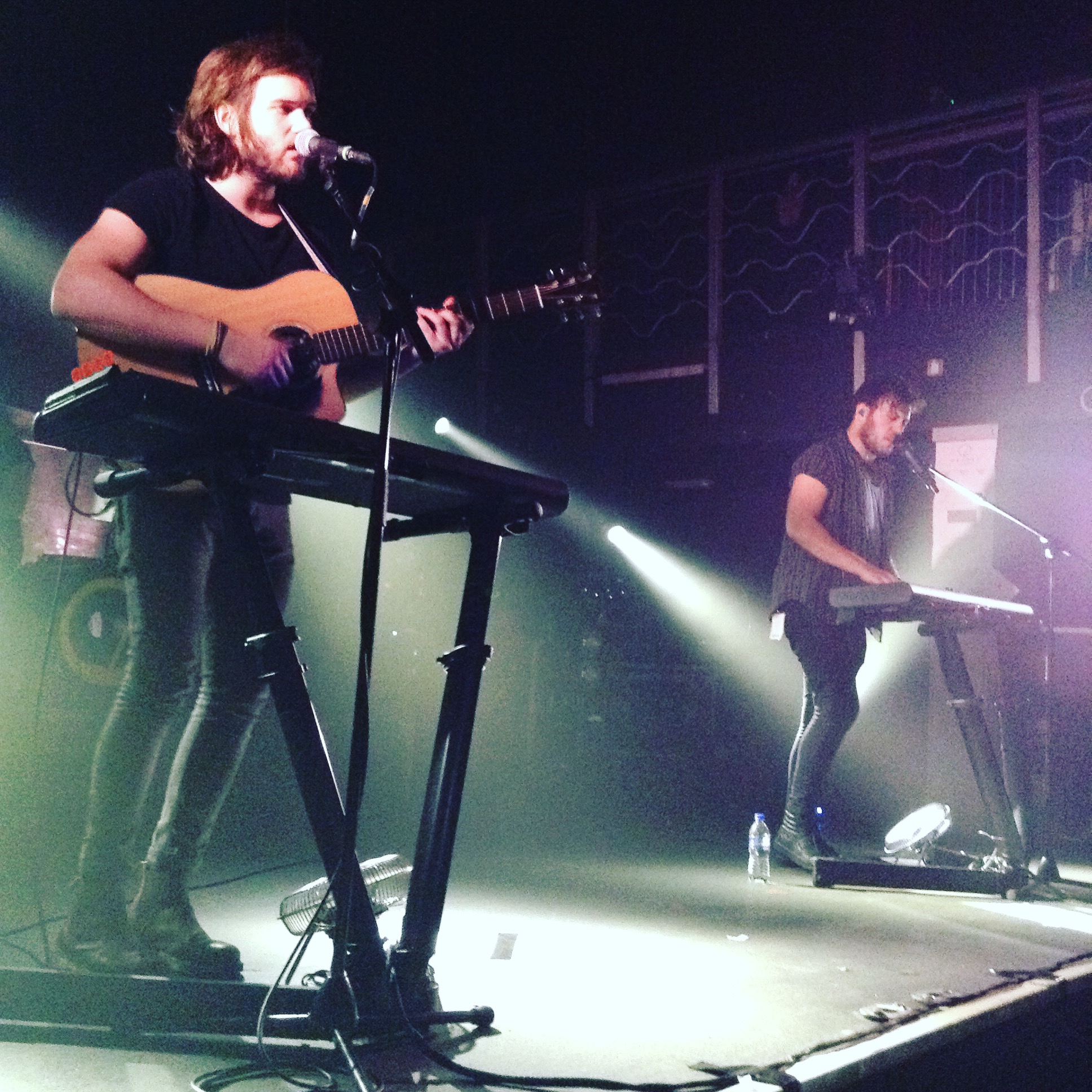 Synthpop trio Prides have just come to the end of their 23-date-tour around the UK, which brought them to the intimate Newcastle Riverside last week. I’ll be honest in saying that I only wanted to go to this gig for the support band, Fatherson, and I hadn’t listened to Prides’ debut album ‘The Way Back Up’ until a few days before the night, so it surprised me that I loved Prides’ just as much as, if not more than, the band I actually went to see.

Fatherson are an up and coming Scottish band, who have made waves in the alternative-rock scene, particularly in Scotland after touring with the likes of Frightened Rabbit and Twin Atlantic. Having released their acclaimed debut album ‘I Am An Island’ last year, their second album, which will be out at some point next year, is definitely one to watch out for.

They opened with their new single ‘Always’ which premiered on BBC Radio 1 a few weeks ago and is the first single taken from the band’s upcoming second album. With crashing drums, waves of energy, and a lively chorus line, this track was built for the stage, and Ross Leighton’s vocals sound even more amazing live. The boys also played the incredibly hooking anthems ‘Hometown’ and ‘Mine for Me.’ It’s the job of the support band to warm up the crowd for the main act, and Fatherson doubtlessly succeeded with these explosive tracks. They finished with ‘I Like Not Knowing,’ and by the end of their set, the atmosphere was one of elation.

Armed with their keyboards, Prides hit the stage with a burst of charisma, playing ‘It’s Not Gonna Change’ with resounding enthusiasm. ‘Higher Love’ and ‘Let It Go’ followed, two intoxicating synth-fuelled tracks with irresistibly catchy lyrics. Vocalist and pianist Stewart Brock commanded our attention with his magnetic energy; generating that atmosphere is key to a successful gig, and is something that Prides managed to do almost effortlessly.

Title track ‘The Way Back Up’ was one of the highlights of the set. Prompted by the band, we sang “hey yeah, hey yeah, hey yeah” in unison throughout every chorus; it was one of those beautiful moments that happen during a gig, where everyone in the room is united through the music, and you get a euphoric sense of belonging. ‘Out of the Blue’ really got the crowd moving. This track opens with a punching electric beat, something similar to the iconic instrumental in MGMT’s ‘Kids,’ and it sounded absolutely fantastic performed live.

‘I Should Know You Better’ has quickly become my favourite track from the album, and the setlist wouldn’t have been the same without it. Stewart Brock started the song with the unforgettable, drawn-out refrain line “I know that we will live forever now but even so…” and by the end of the song, everyone in the room was singing it. Faced-paced, dynamic, and pulsating; it’s everything you could want from a synthpop song.

Prides also played the anomaly on their album, ‘The Kite String and the Anchor Rope.’ Stripping away the drums and electric guitar, we’re left with the beautiful sound of the piano and Stewart Brock’s earnest vocals. Played in front of us, it was moving and sincere; we listened in silence as Brock murmured the evocative lyrics “You’re the forest each side of the road, you’re the swimmer with pockets full of stones, oh to me you are the kite string and the anchor rope.” Their set finished with ‘Messiah.’ The vibrant, stadium-worthy effort, packed with synth-beats and the hook “so say it say it, say you’ll be my Messiah”, was the perfect song to end the night on a high.

Being able to conjure up so much enthusiasm in a tiny gig venue with a few dozen people is no mean feat, so their bigger shows in London and Glasgow must have been beyond words. Prides are great at creating synthpop music, but they are even better at performing it.