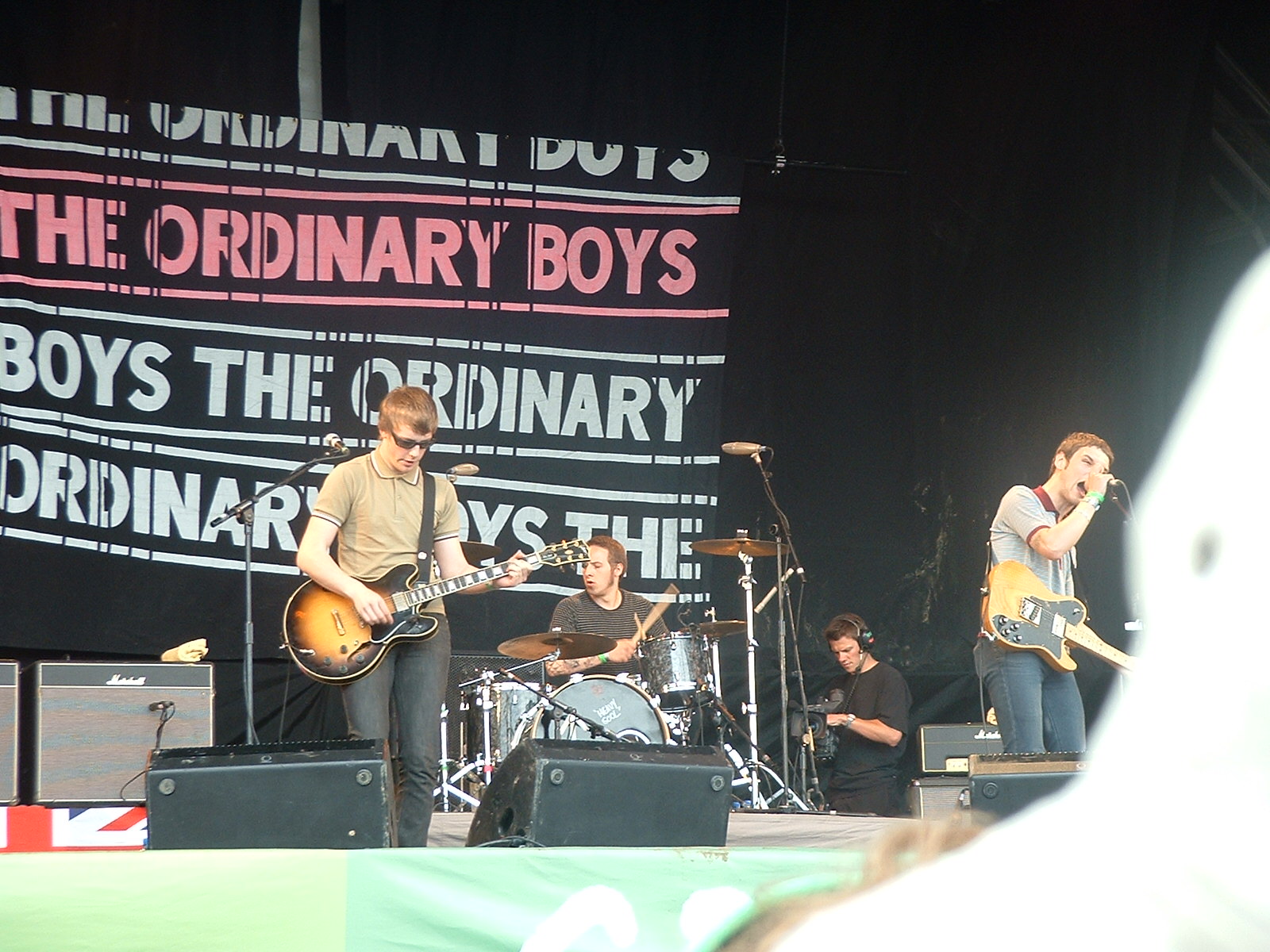 It’s been almost ten years since the Ordinary Boys’ last album release. Now they’re back for a one month tour of the UK following the release of their self-titled new studio album; “The Ordinary Boys.” We got the chance to speak to their lead singer Preston on the road before doing a gig at “The Bullingdon” in Oxford. What has been going on since their last record? Day jobs, kids, record label, album and a tour. The Ordinary Boys have now become men.

You did a concert in 2011 where you announced that you were going to release a new album?

“We did. I was just a little bored, and got a bit of a ragtag band together. That makes me sound like the sheriff of Nottingham I suppose, but this time we got the proper band together.”

How is it to be back on the road now that you’re all grown up?

“It’s lucky we all could find time to get together. Charlie (drums) has got two kids plus one on the way and we’ve all got day jobs. We’re trying to juggle real life with being on the road, which makes for some rather funny scenarios, like stopping at McDonald’s to make business calls. James is taking this as his annual holiday leave. It’s his actual holiday. This makes it feel, and it comes to remind us that this is fun and we’re all doing it for that.”

So it’s still fun, after all these years?

“It’s so much more fun now, we’re not held accountable to anyone and we’re not trying to please anyone other than ourselves. When you’re touring, touring, touring, it’s easy to get frustrated. You hear bands complaining all the time about how it’s not all that it’s cracked up to be and that there’s a lot of waiting in hotel lobbies and airports. If you’re with your friends at the airport with a good book, it’s not that much to complain about when everyone else is sitting in windowless offices crunching numbers.”

Is friendship the glue that’s kept the band together over the years?

“We’re at the age where it’s really hard to find time to hang out with your friends. This just seemed like a good way for me to essentially just hold them hostage, force them to sit around with me for a month, and have a nice time together.”

“As far as everyone knew, The Ordinary Boys were a footnote somewhere deep in the vault of musical history. Coming back and doing this album we realized there was still this key core army of fans ready for us, really enthusiastic. There are also a lot of new younger people at the shows as well, though I’m not quite sure how they managed to find out about us.”

There has absolutely been a wave of younger listeners with the new album and tour, some of whom are our readers. Could you give them a recap of your best concert experiences as a band?

“We played for 40 000 people supporting Weezer in Tokyo. It would be the hardest thing ever to top that. I cannot believe I managed to do it without completely getting an anxiety attack. I’m so lucky to have had that experience.

But also, I remember this little gig we were playing in Hull, in this horrible venue – it was just a shithole. It’s falling apart and it smells bad. The promoter was supposed to cap the venue when it got full, but instead he got drunk and fell asleep in a corner, so everyone piled in. It’s maybe like a 300 person venue that was packed with about 600 people, climbing up the walls. I was crowdsurfing, grabbing a beer from the bar and going back to stage. It was absolute chaos. It’s these types of gigs you remember.”

What’s your worst ever concert experience?

“Oh god, there are so many. I remember once we were playing in a small pub when we first started. There was hardly anyone there, perhaps ten people. During the first song, there was a small musical interlude where I had a moment to jump around and stuff. I climbed up on the amp and did a huge jump in the air, landed and sprained my ankle and had to go to the hospital. I had to wear a cast around my ankle, and this was only halfway through the tour. I feel bad for the poor ten people that showed up to the concert. They basically got half a song and got to see me being rushed off to the hospital.”

How has the time that has passed affected your music?

“We’ve reached the age where you get nostalgic. The whole world sort of operates on nostalgia, falling back on comfort, instead of venturing in to anything new. We’ve gone back and done something that sounds more like what we used to sound like before we even started recording our first album.”

Could you tell me a bit about the label you released your latest album on?

“We basically just made up a label. I can’t even remember how we came up with the name; “Treat Yourself”. We just thought of it. There are a few things we’re looking at releasing, some 7″ and stuff.

What are your views on companies like Spotify? Do you see them as a threat to the music industry?

“It is bad because of the bad payment. I had a conversation about this on a podcast quite recently where we spoke about the negatives of Spotify. On the other hand, music being shareable and free encourages music to be better because people are sharing it based on how good it is. People can listen to music and make up their own minds about it. Criticism and editorial voices are becoming more obsolete in music. Why do you need someone to write a review about an album when you can listen to it yourself? It also encourages live music, because that’s the only defiant and last standing aspect of music that is still making money for people.”

Back in the day there was talk about you releasing a solo album? How come this never happened?

“I didn’t make the record. I thought about it, I wanted to do it, and I spent a lot of time in the recording studio making this sort of weird, electronic, chopped up music. I’d come to the stage when I was about to release the single, and I just thought; “You know what? I don’t want to put myself through this. I think I just really like making the music.” I cut out last minute. It wasn’t for me. It was quite a hard decision. Cher actually ended up covering one of the songs for her album.”

Would you ever consider making another solo album?

“Yeah, I would consider it. I think if I were to do it, I wouldn’t do it in a traditional way where I was trying to make money out of it. We don’t need to make money out of it anymore since we’ve all got other jobs. I think if I was going to do another solo record I would do it if I had a month off, I’d go make a record and then put it out on the internet for free, and if people want it, they can have it.”

What is your vision for The Ordinary Boys for the time being?

“We have no aspirations of getting back into the mainstream. We really like it where we are now. It frees us to have our own lives, and our own work. It feels like the music industry now, you’re much more free to do something on your own if you want to. There’s no kind of bigger meaning to it, there’s no pressure other than just making sure we have a really nice time and play a good show.”