Album Review: Bring Me The Horizon, ‘That’s The Spirit’ 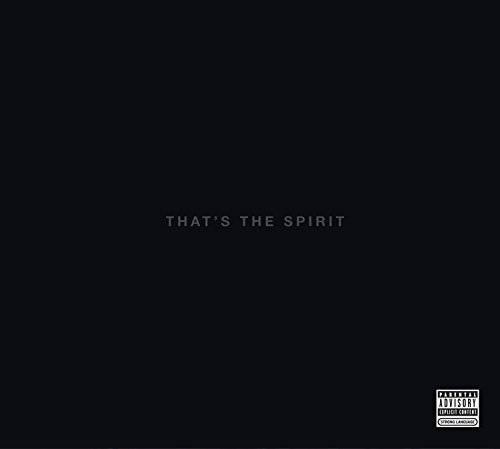 Bring Me The Horizon’s new album ‘That’s The Spirit’

First track ‘Doomed’ has an anticipative start; the quivering introduction leaves you waiting for the song to detonate, which it does with BMTH’s typical dynamism. Abandoning the screaming, Oli Sykes’ vocals have greatly improved. The track’s lyrics have an emotional, self-destructive theme similar to a lot of Bring Me The Horizon’s work, so although the opening track emphasises the band’s change in genre, it’s clear that their lyrical style and influences have not changed at all. As an album opener, ‘Doomed’ embraces ‘That’s The Spirit’ as a piece of rock, demonstrating from the word go how smoothly Bring Me fit into the rock genre, and the track is easily one of the best on the album.

‘Happy Song’ and ‘Throne’ were both released as singles prior to the record, and sit halfway between the band’s new and old sound, showing that Bring Me have retained elements of their heavy style, while advertising that they have left metalcore behind. The two tracks work well paired together, as they are both stormy, chorus-focused tracks that appear to be crafted for the stage.

‘Follow You’ stands out the most, as the album’s equivalent to a soft ballad. It’s very unlike a Bring Me The Horizon song, being a beautiful track that lacks their usual aggression. The track starts out delicately, and Sykes’ vocals are evocative and stunningly versatile, acting as definitive proof that he can sing better than he can scream. Even where the song fires up slightly at the chorus, the emotional effect of the song is not lost. The track is a finely executed love song (although a cynical one, so that it fits in with the album’s pessimistic tone) and it brings something fresh to the record.

Oli Sykes wrote ‘Avalanche’ about his personal experience with ADHD and feeling out of control, and lyrically he provides an excellent description of what it’s like to suffer a mental illness (“I need a cure for me cause a square doesn’t fit the circle”). It’s a provoking track, filled with intense synths and passionate guitar feats. ‘Drown’ is another incredible track, which works even better as a reworked version of the single released earlier this year. The opening crowd vocals lead into an explosively catchy chorus, and the hook is unforgettable.

Even with their transition away from metal, BMTH are nowhere near mainstream, although with a few more tracks like ‘Oh No’ that’s where they could be heading. This track is slightly like a dance song (Oli Sykes described it as an “anti-dance song” as it effectively criticises clubbing culture), with a catchy, upbeat melody and chanting crowd vocals in the back ground throughout. It’s at risk of being out of place, but its cynical theme ties it in nicely to the rest of the album. The lyrics are criticising people that try to appear as if they’re always having fun when they’re not actually having any, such as when people go clubbing but don’t enjoy it, so the dance vibe to the track makes it ironic. It’s an unexpected and brave, but definitely impressive, close to the album, and one which sums up the versatility of Bring Me The Horizon as a rock band.

‘That’s The Spirit’ stands out as one of Bring Me The Horizon’s best albums because of how much they have diverged from their previous style. Moving away from metalcore and into rock is possibly the best decision they could have made; they sound much more mature and refined, and Oli’s vocals have improved immensely. The have kept the emotional depth to their music (Sykes described the album theme as “celebrating the darkness”), and it is that depth that makes them so good.