Album Review: Ben Howard, ‘I Forget Where We Were’ 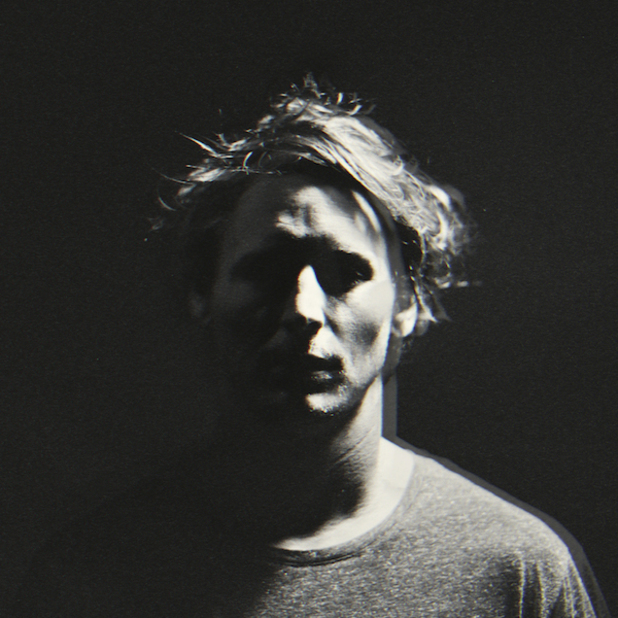 The Solemn Front Cover to ‘I Forget Where We Were’

It’s three years since Ben Howard debuted with his well-received album Every Kingdom, and now he is back with his second full length: I Forget Where We Were. A low-key indie folk record that is overall more gloomy and stylised than the debut.

With this ten-track album, Ben continues where he left off on the dark Burgh Island E.P.: long, stripped-down, airy and ‘huge sounding’ songs featuring clean and lightly distorted electric guitars. I Forget Where We Were is still not quite as dark as The Burgh Island E.P., though it is certainly not as bright as Every Kingdom. Layers of small sounds build up to create a big, atmospheric feel to the tracks, and the electric guitar blends in without being too dominant. It seems like Ben is slowly ditching the acoustic guitar in favour of the electric (except for at live shows). This isn’t necessarily a bad thing, but it would be nice to hear some more of the great acoustic work his trusted fans remember from Every Kingdom. It is apparent that Howard is experimenting with guitar harmonics on this record, something that really works well, and the guitar tunings are as weird and unheard-of as ever, making for a very unique sound.

The cover art for the album also references that of The Burgh Island E.P., in that it’s entirely black and white. It is a photo of a front-faced Ben Howard, and little else. There is no title or any other text. It is stripped down, and resembles the songs on the album, which one appropriately could describe as ‘black-and-white sounding’, but not necessarily in a bad way. It is clear that Ben’s sound has changed a lot since his début.

“Small Things” sets the bar. The ‘Ben Howard sound’ is present from the very beginning: the airy electric guitar and relaxed drum beats we know so well from The Burgh Island E.P. introduce this track, which is a great opener. It is a predictable, yet beautiful, and in a sense ‘familiar’ song with strong lyrics; especially the chorus, which is toned down compared to the verse: “Has the world gone mad / or is it me? (…)”

The next song, “Rivers in Your Mouth”, is more upbeat, and feels like a natural follow-up. It’s characterised by guitar fills with hall reverb and harmonics, and the layered voices are reminiscent of ‘Every Kingdom’ track “Keep Your Head Up”. There is a small build-up towards the end with more flighty guitar lines. And it works. The best lyrics are: “Hold it in love / the river in your mouth is pouring out / water takes the / shape of all that it’s around.” Another good song.

Next up is the title track. “Oh hey, I was listening…” the song starts; Ben Howard’s voice carrying enough emotion to give even the manliest man goosebumps (guilty as charged…). This is one of three pre-released songs, and definitely a song worthy of gifting the album with its title.

“In Dreams” is the first song that really differs from the main block of songs on this album; both the acoustic guitar and the strings are back! This is also a more upbeat song, but with a sad undertone; it definitely reminds me of Ben’s older work. It is also the shortest song on the album at 3 minutes and 33 seconds – in fact, it’s the only one sub 4 minutes. Some of the lyrics are really interesting, and clearly open for interpretation: “Oh in dreams I saw Aesop’s kin / Just a carcass of a man, I belong inside his skin”.

The following song, “She Treats Me Well” also differs from, well, most of Ben Howard’s songs in general. The acoustic guitar is evident on this one too, but this is more like a classic folk song in terms of both structure and feeling, and it isn’t as ‘floaty’ as most of Howard’s other songs. Every verse ends with “I’ve got a woman at home, / she treats me well”; a phrase that sticks in your head in an appealing way. The song ends with a rather funky outro instrumental with contrabass and guitar harmonics.

“Time is dancing” brings back the airiness from the first songs on the album. This is one of the longest songs at almost seven minutes. A steadily building and pulsing rhythm drives the song, with the now familiar electric guitar creating an atmospheric background noise. This track has some really interesting lyrics — the best being: “Wrapped up in empathy your chemicals are pushing past my blood, / Hold all my cliches on the tip of my tongue to tell you that it’s wrong”.

“Evergreen” is another dark, spacy song; blending electronic and acoustic sounds. Perhaps not overly memorable on first listening, this remains a beautiful song and there are certainly some great lyrics: “Take me back to the catacombs, / I am tempted by your love”.

Thereafter follows the highlight of the album: “End of the Affair”, which was also released prior to the album itself. This is the longest track on the album, being close to 8 minutes (!). The beginning of the song is mellow and calming, with a great guitar progression that is played in some unguessable, unknown-to-man tuning, making it something of its own. Again; Ben’s voice drips with goosebumps-provoking emotion: “Living without her, / living at all / seems to slow me down…” And then (spoiler alert!), toward the 5 minute mark, when you think ‘it must surely be over now’, the song builds up again; now with a different tone: a harmonics driven guitar solo, and then more vocals. “This is it / This is just it / Go to him / What the hell? / What the hell, love?” Ben screams this into — yes into — his guitar pickup (watch the live version, you’ll see what I mean). This results in a powerful, airy and symphonic sound. It’s all an emotional mess, and the song keeps building; it drops, builds, and then ends leaving you awestruck- definitely the best song on the album, and perhaps one of Howard’s all time best.

The last of the pre-released songs is “Conrad”, another one of the ‘typical’ songs from this album, but with a catchy riff that continues throughout the track. The chorus is one to remember, with the lyrics “you were the boat that bridged / in the tale of Conrad / we will never be the change / to the weather and the sea and you knew that”, possibly referring to “The Tale of Hearsay” by Joseph Conrad.

“All is Now Harmed” rounds up the album nicely. It contains a drum beat dissimilar to the rest of the album, but this aside, the mood is similar to the other songs. Regarding the lyrics, this is not an exception either, with familiar phrases such as “The ageless pull of winter along the bayou side” being sung.

Most of the songs blend well together to make a solid album, although I miss the ‘wow’ factor that I must admit I was expecting. Regardless, the album still holds ten solid, yet quite similar songs. Ben Howard remains a great lyricist, a skilful guitarist, and a master of creating a certain ‘atmosphere’ for his songs.

However, after having listened through the album several times, I still keep mixing up the songs; they are for the most part very similar in both feel and sound, and those which are not seem a bit out of place. Seeing as some of the best songs (read: “End of the Affair”) were released early, my expectations were naturally very high; this might be the reason that I’m left a bit disappointed with this release. All the same, this is still a very good album, and definitely one that I’ll come back to- overall, it keeps me wanting more music from this guy.

1. End of the Affair