It seems that Adele had something more to say after all. Last week, the singer-songwriter greeted the world with her new single “Hello” and announced her new album ‘25’ (released November 20th), signaling her comeback. Since shying away from the spotlight somewhat since the success of her previous album, ‘21’ (which featured the epic Bond single ‘Skyfall’), the future of Adele’s music career remained relatively open-ended up until now. 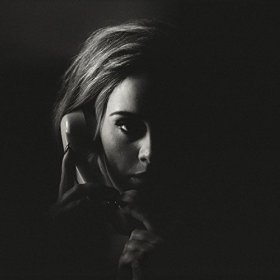 Although new music from the singer has been hinted at before from various sources, no one was quite fully prepared for her comeback. Adele surprised the public on October 18th with a 30-second preview of Hello on an X Factor commercial break, and released the full song and announced her new album within the next five days. The promotion for ‘25’ has been minimal, relying on her well-established reputation as one of the most renowned musicians of our time. Indeed, her return is looking up to be on par with her previous success, with her new single’s music video breaking the VEVO Record on YouTube and having 23.2 million views in a single day.

Adele’s ranking in the music world is undisputed. Interestingly, however, it is this very eminence that likely made the process of writing and recording the new album a slow one for Adele. Intending on taking a break, and even considering quitting music for good, putting out a new album was never self-evident for Adele. Not only did the singer feel immense pressure to live up to ‘21’ – the biggest selling musical release of both 2011 and 2012 – but she also admits to simply feeling as though she had nothing left to say. In an interview with Carson Daly, she sheds light on her thought process: “For a while I was like, maybe I shouldn’t come back. Maybe I should go out on a high. Maybe everyone likes what they’ve heard of me. And then I realised I want my kid to know what I do. He’s really inspired me.” This is, therefore, not a comeback for the sake of a comeback: as before, Adele is here to tell a story.

Motherhood is not what her new album centers around, however. Ex-boyfriends are not the focus of ‘25’ either. In contrast with ‘21’, one of the most successful break-up records of recent years, Adele has referred to her new album as a ‘make-up record’, and, this time, it is with herself only. In a heartfelt letter posted on the singer’s social media platforms, Adele introspects on her life thus far, realising that she has spent most of her life wishing her life away. This is what she is mending with the new record: “I’m making up with myself. Making up for lost time. Making up for everything I ever did and never did.” Adele is as honest as ever sharing her experiences with her audience.

Adele’s new video is sepia-toned and gimmick free (complete with a throwback to the world of landline telephones and flip phones), much like her no-fuss promotion material.

These first glimpses the new album portray her in the way people have learned to love her – immensely talented, modest, and an artist that puts music first. It seems that settling into herself, her artistry, and the fame that comes alongside it have been the central outcomes of the singer’s hiatus. “Turning 25 was a turning point for me – I made the decision to go into becoming who I’m going to be forever without a removal van full of my old junk”, she writes in the letter to her audience.

Musically, though, so far not much seems to have changed. ‘Hello’ ticks all the boxes needed for a true Adele classic; relatable lyrics, mournful melodies, and impressive belting in the chorus. Given the lyrics and the music video for the song, which allude strongly to love and relationships, the new single seems to fit right in with the rest of the singer’s most celebrated break-up songs; could it be that ‘25’ is the same old, same old?

Correcting this assumption, Adele tells in an interview, again with Carson Daly, that this could not be further from the truth: “‘Hello’ is sort of a longing and a curiosity for my past and everyone in it. Literally, everybody in any capacity that’s ever been in my life, from family to friends to people I’ve met randomly and had a moment in time with…- – Lots of people think I’m singing of an ex-boyfriend because of my last record, but it’s on a much bigger scale than that. It’s a big hello to myself. It’s a hello to my fans as well.”

Therefore, in many ways Adele’s return with ‘25’ is looking to be both a conversationalist and detached one, simultaneously reaching out to people and turning to introspection for a new perspective. Caught in the middle of her twenties, Adele is taking a step back, self-evaluating, yet staying true to the core of her artistry, by encapsulating this period in her life in a collection of songs. We have seen the now 27-year-old artist at 19 and 21, and this is her at 25.

Although only time will tell, it seems Adele is here to stay.