A Beginner’s Guide to Heavy Metal 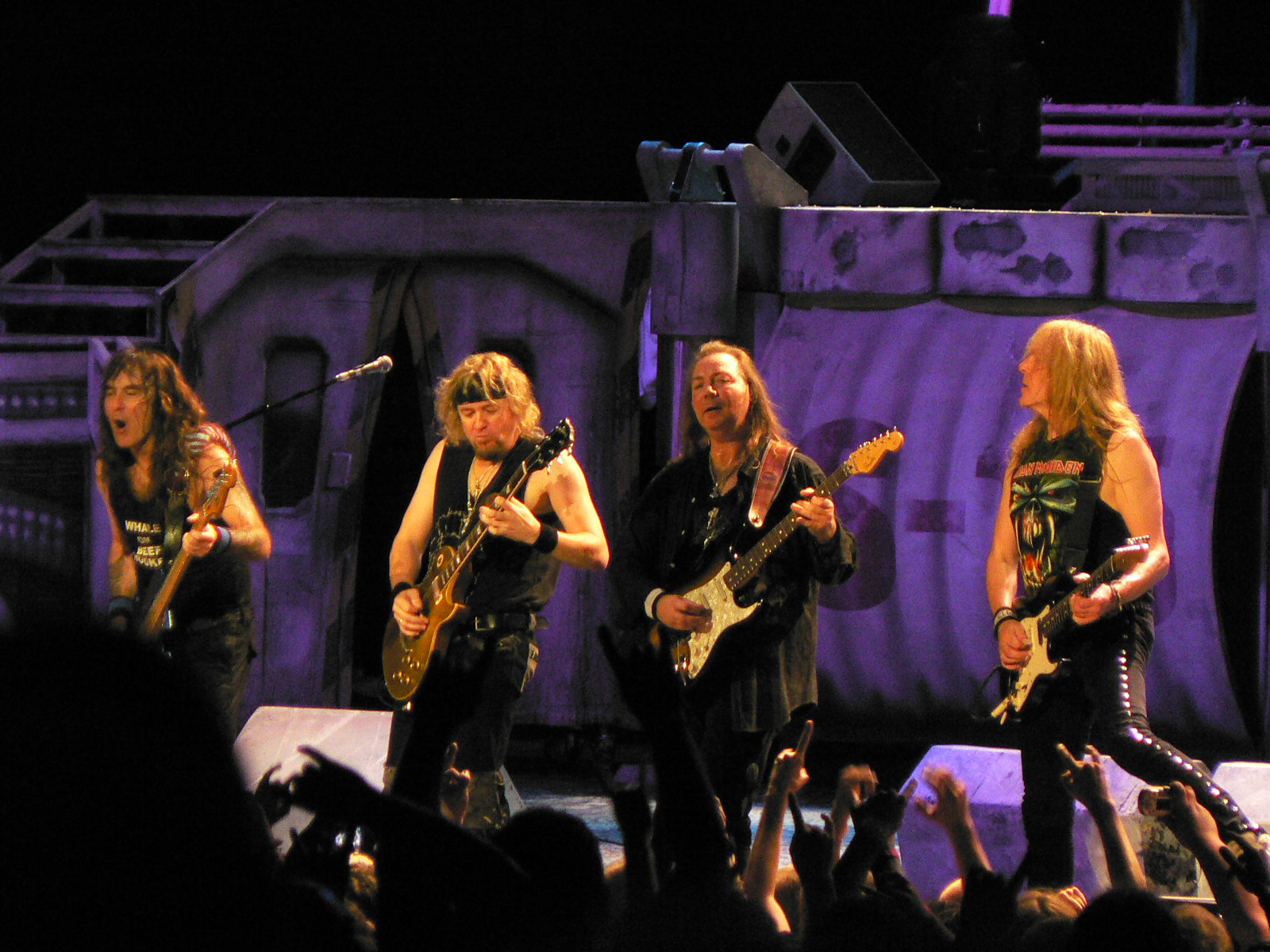 Possibly the most stereotyped and misunderstood form of music, metal isn’t the easiest genre to get into. Tell people you enjoy metal and you’re pretty much guaranteed to get a few odd looks, mostly accompanied by the phrases “you don’t look like you’d enjoy heavy metal!”, “metal is just bearded men shouting” or the ultimate manifestation of musical ignorance “metal is just noise.”

I can honestly say though that those odd looks and raised eyebrows have been worth it – metal has definitely been my greatest discovery. I don’t have long hair, tattoos and piercings, I don’t dress all in black and I’m pretty sure I don’t have anger issues (unless football’s involved). I just like loud, emotional and energetic music that gets the blood rushing and the hairs standing up on the back of my neck. So now you know that you don’t have to be a freak to listen to metal, why not give these five classic records a go? It may be the best piece of research you ever do. I know it was for me! 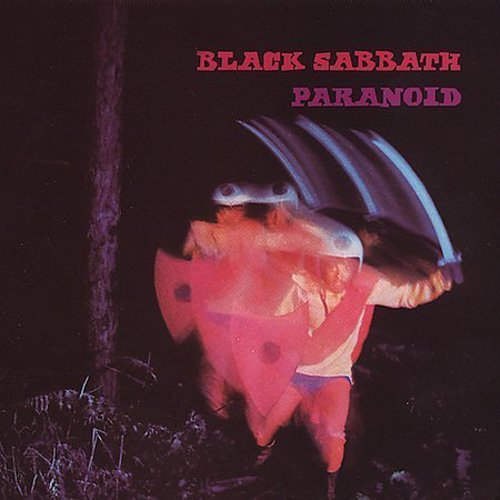 Black Sabbath emerged from working class Birmingham in 1968. To put it bluntly, Sabbath are the inventors of heavy metal. No Sabbath = No metal. It’s that simple. While it’s not a debut album, Paranoid was the first truly global reaching metal record, and contains some of the band’s best known songs. It was the industrial riffs of the band’s architect Tony Iommi that laid the foundation stones for metal to be able to take shape. The title track, War Pigs and the instantly identifiable thumping powerhouse of a riff in Iron Man are all of undeniable importance in shaping metal. The initial reception greeting Paranoid was another indicative telling point for how metal itself would be regarded; critics hated it, the underground masses loved it. A must have for anyone wishing to discover the genre, and the perfect way to get familiar with heavy metal. Start your heavy metal career with the album that started it all; the one and only Paranoid. 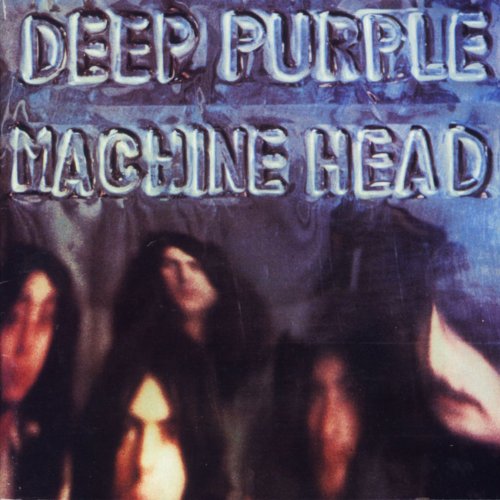 The inclusion of Deep Purple may come as a controversial choice to those more familiar with the genre, as there seems to be an ever present debate of what camp the Purple fall into – hard rock or heavy metal? Guitar wizard Ritchie Blackmore is certainly no stranger to either pace or distortion and despite being released over 40 years ago, you’ll be hard pressed to find a faster record than Machine Head. The album starts with the killer, adrenaline build-up madness of Highway Star, which showcases some of Blackmore’s greatest shredding abilities. However, Machine Head is best known for a certain riff. THAT riff. The simplistic yet heavy-as-a-brick-shithouse Smoke on the Water. While it’s undoubtedly Purple’s most commercially successful outing, there are brighter highlights to be found here. The rolling drums of Pictures of Home, the crazy blues improvisation of Lazy, and the epic conclusion of Space Truckin’ – these all combine to make a fast, heavy but near aggression-less metal record of stunning musicianship, adrenaline-fuelled pace and chunky riffs, making it a perfect way to ease into the genre. 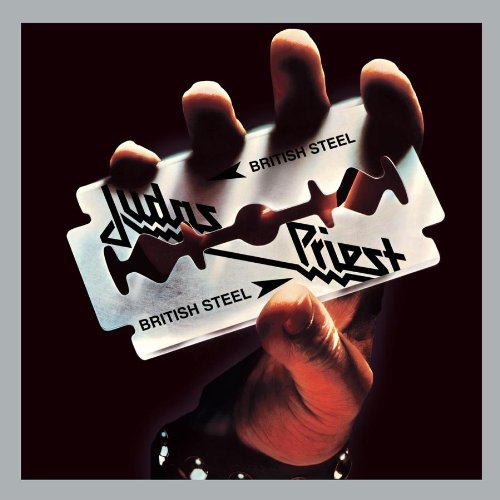 Who said metal couldn’t involve a healthy dose of cheese as well?! Priest are known for bringing the studs n’ leather look to the genre. They’re obsessed with motorbikes, dual guitars and reaching utterly bonkers vocal tones. And they make some fucking quality music. British Steel contains their best known track Breaking The Law. It’s not a display of unbelievable technical ability but it did something that metal rarely achieves. It’s a song you can sing in the shower (and utterly shamelessly at that). Other catchy tracks include the powerful riffs of Living After Midnight, the groove of Metal Gods and the football chant-like United. There is a saying in heavy metal that “Black Sabbath invented the genre, Judas Priest refined it”. British Steel certainly achieves that, through incorporating a healthy extra portion of pace, two guitars and (to be brutally honest) a vastly superior vocalist to Ozzy Osbourne. This album is as heavy as it is fun, and more than deserving of a listen or two. 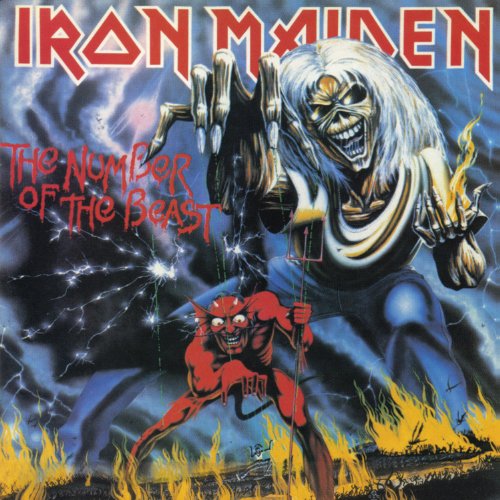 To say frontman Bruce Dickinson has lived an interesting life would be an understatement. Aside from possessing one of metal’s greatest vocal ranges, he is also an accomplished fencer and flies the band around on their own plane Ed Force 1. His most recent flying exploits saw him pilot a Red Baron aircraft in a staged dogfight during Sonisphere Festival. But for us music fans we’re concerned about his band, and the band is stunning. The first album to feature Bruce Dickinson at helm, Number of the Beast is truly melodic and possesses an incredible range amongst the nine songs. The highlight is the slow burning ballad of Hallowed Be Thy Name, which is successful not in only getting the head banging but also in sucking the listener into the song’s journey like a fine work of literature. This complements the all-out thrashers of The Prisoner and the title track, as well as the fist-pumping Run to the Hills, which will have you screaming the chorus in your head time and time again. Iron Maiden are one of the Britain’s successful musical exports – you need their greatest work in your collection.

The heaviest album on this list for sure, Ride is Metallica’s second album, and it’s an utter exhibition in thrash metal. Lightning fast riffs, apocalyptic drumming and extended soloing are a plenty in the album that is often compared to the more commercially successful Master of Puppets (1986). Why has this made the list instead then? There’s a lot more variation – each song is just different, with not even a hint of filler. Three standout tracks often seen as the bands finest are also present on Ride. These are the crushingly fast Creeping Death, the slow, stomping behemoth of For Whom the Bell Tolls and the stunningly beautiful ballad Fade to Black. Combine this with the ultra-heavy title track and the mysterious closing instrumental Call of Ktulu (that’s not a typo) and you’ve got the finest album from the highest selling band in the genre. It’s just a shame that after 1991’s self-titled album (often referred to as the Black Album) that James and the boys completely went to shit. Start with this and work your way around Metallica’s other first 4 albums – believe me, it’s not worth exploring the monstrosities of Load, Re-Load and St. Anger because it will just leave you scratching your head as to how such a great band became so, well, boring and uninspired. Comeback album Death Magnetic has some saving graces to it, but for those trying to discover the band start with Ride. You won’t be disappointed.

So do yourself a favour. Forget everything you know about heavy metal, as most of that knowledge is probably some form of distorted stereotype (which I was more than guilty of believing before I actually listened to these albums). After all, like every other genre, metal is just music. It doesn’t need to have a lifestyle or look associated with it, no more than jazz, classical or electronic. Listen to the music for the music’s sake, and you might just discover a new source of joy. That’s all from me – enjoy your rocking! Go and crank up the volume and have a ball – you don’t need to have hair down to your arse or clothes so devoid of colour they drain the light from a 50 metre radius to enjoy metal. You just need a love of music. And metal can certainly complement that.