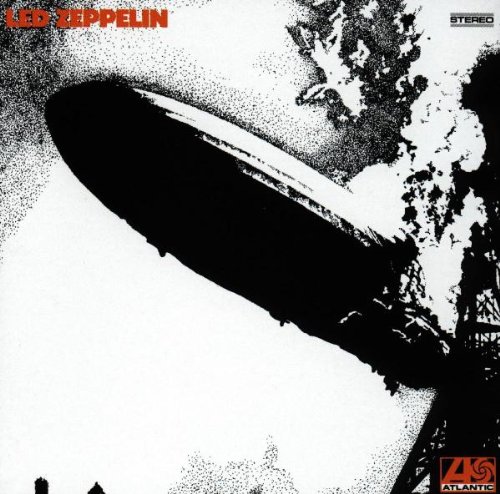 By the age of 22, Jimmy Page was one of the most sought-after session guitarists in England, and had built up a tremendously impressive portfolio. He played on the debut album of The Kinks and the debut single of The Who, and recorded with The Nashville Teens, The Rolling Stones, and Van Morrison, among many others. In an interview with Guitar World, he described how invaluable this time was to his musical development – he recalled “playing at least three sessions a day, six days a week… [he] rarely ever knew in advance what [he] was going to be playing,” but there was a lot of discipline to the recording process – “you couldn’t make any mistakes.”

When popular music veered slightly towards larger-scale orchestral arrangements with guitars becoming rarer, and he “started getting calls to do Muzak,” Page decided it was time to give up the session game. A week later, bassist Paul Samwell-Smith left London-based group The Yardbirds to pursue a career as a producer, a coincidence Page later described as “destiny.”

Page isn’t the only guitarist to owe his career to The Yardbirds; Eric Clapton and Jeff Beck are both alumni as well, meaning that according to Rolling Stone’s list of the 100 Top Guitarists, three of the top five (Clapton at number 2, Page at 3 and Beck at 5) were former members of this same band. Page started his tenure on bass, but then formed a lead-guitar duo with Beck.

The band enjoyed moderate success, but eventually disbanded in 1968, as their fortunes and popularity declined, and different members of the group wanted to go in different directions. Singer Keith Relf and drummer Jim McCarty wanted to explore folk and classical influences; Page wanted to mix the “heavy” music they were playing at the time with a little of the psychedelia and blues style of Cream and Jimi Hendrix, both of whom were enjoying enormous success at the time.

But even though the band had split, its business was not concluded. They still had a contractual agreement to a September tour in Scandinavia; Page therefore recruited vocalist Robert Plant, drummer John Bonham, and bassist and keyboardist John Paul Jones. That quartet was at the time billed as The Yardbirds, and then The New Yardbirds; but it wasn’t long before they became Led Zeppelin.

Later that month, they began recording their debut album, which was based on the setlist they used in Scandinavia. The album took only 36 hours of studio time to create, including mixing. This was partly because the songs drawn from their tour were already so well-rehearsed; the arrangements had already come together before the recording even started. Page financed the recording himself, and the album cost £1,782 to make. It then went on to gross over £3.5 million, which, as author Dave Lewis points out, is just short of 2,000 times more than the original investment.

Even the payment received from Atlantic Records was massive – 143,000, at the time the largest advance received for a new band – and the contract offered them a lot of creative freedom, including the power to decide when to release albums and go on tour, and have final say on the contents and design of their albums.

Led Zeppelin was released in America on 12th January 1969, during the band’s tour there, and reached number 10 on the Billboard chart. In the UK, it peaked at number 6 after its later release on 31st March. It is now certified multi-platinum in both countries. But despite this huge commercial success (especially for a debut album), the contemporary reviews were largely very critical. Whilst praising Page’s guitar playing, John Mendelsohn wrote for Rolling Stone that he was “a very limited producer and a writer of weak, unimaginative songs.” Plant was also targeted for being “as foppish as Rod Stewart, but nowhere near so exciting.”

But good publicity from Atlantic, including releasing the album during the American tour and distributing advance copies to radio stations, ensured its popularity, and the early success of the band. While they were still yet to hit their stride, this album is now rightfully recognised as a classic (even by Rolling Stone; a 2001 review of the album, written by Greg Kot, awarded it 5 stars, and they later ranked it 29th on their list of the 500 Greatest Albums of All Time).

Whilst it’s not their finest moment, it comes closer than you’d expect from a debut. It’s a sort of proto-Zep sound; everything is here, just not quite as refined as it later became. Plant’s vocal style doesn’t quite reach the genre-defining heights it later did; Page doesn’t quite equal the catchiness he achieved on, to take the obvious example, Stairway to Heaven. Meanwhile, Jones’ epic bass line on Dazed and Confused would be trumped by The Song Remains the Same, and Bonham’s energy would be channelled more tidily on future releases. But nevertheless, being just short of Led Zeppelin’s best is still a very high standard indeed.

Listen to five tracks from this album, including Good Times Bad Times and Dazed and Confused, on my Spotify playlist here.